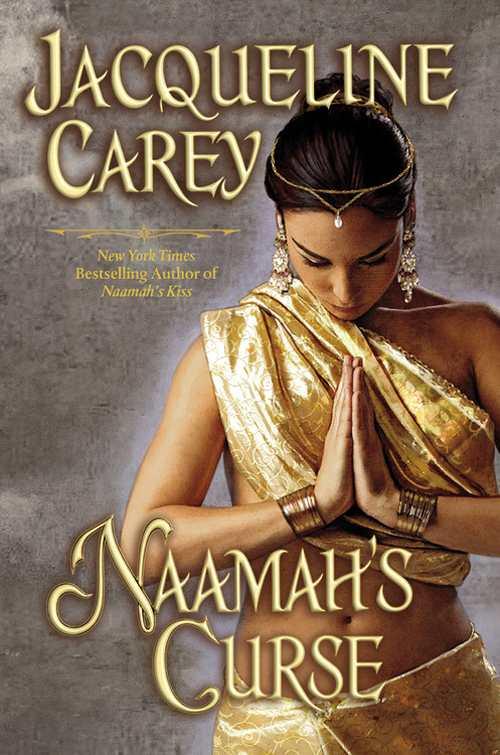 Naamah's Curse
Jacqueline Carey, New York Times bestselling author of the Kushiel's Legacy series, delivers book two in her new lushly imagined trilogy featuring daughter of Alba, Moirin. NAAMAH'S CURSE Far from the land of her birth, Moirin sets out across Tatar territory to find Bao, the proud and virile Ch'in fighter who holds the missing half of her diadh-anam, the divine soul-spark of her mother's people. After a long ordeal, she not only succeeds, but surrenders to a passion the likes of which she's never known. But the lovers' happiness is short lived, for Bao is entangled in a complication that soon leads to their betrayal. 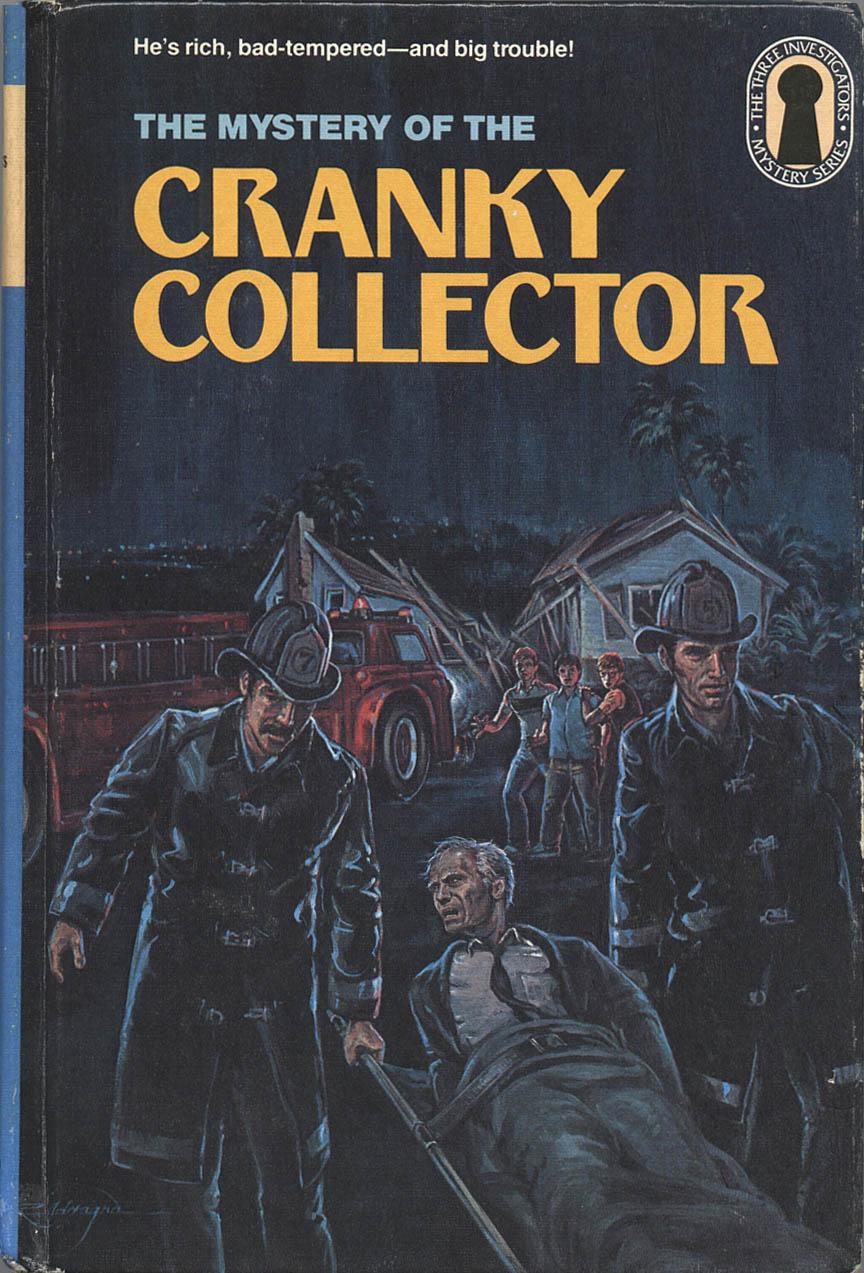 The Mystery of the Cranky Collector

The Mystery of the Cranky Collector
He's rich, bad-tempered — and big trouble! 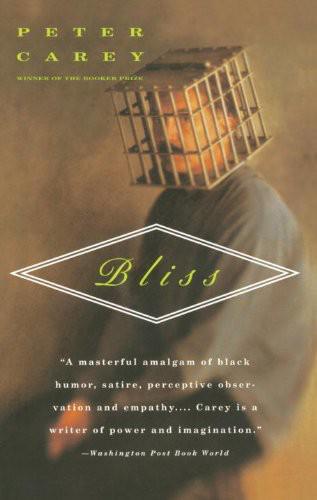 Bliss
"Bliss" was Peter Carey's astonishing first novel, originally published in 1981 - a fast-moving extravaganza, both funny and gripping, about a man who, recovering from death, is convinced that he is in Hell. For the first time in his life, Harry Joy sees the world as it really is and takes up a notebook to explore and notate the true nature of the Underworld. As in his stories and some of his later novels, it is Peter Carey's achievement in "Bliss" to create a brilliant but totally believable fusion of ordinary experience with the crazier fantasies of the mind. This powerful and original novel is a love story about a man who misunderstands the world so totally that he almost gets it right. 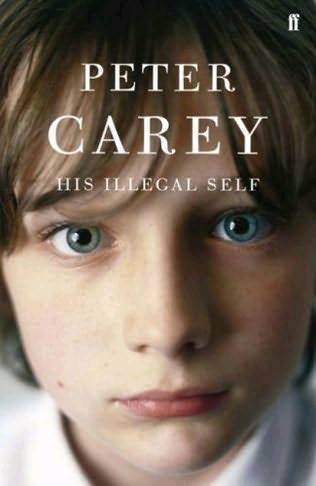 His Illegal Self
When the boy was almost eight, a woman stepped out of the elevator into the apartment on East Sixty-second Street and he recognized her straightaway. No one had told him to expect it. That was pretty typical of growing up with Grandma Selkirk… No one would dream of saying, Here is your mother returned to you. His Illegal Self is the story of Che-raised in isolated privilege by his New York grandmother, he is the precocious son of radical student activists at Harvard in the late sixties. Yearning for his famous outlaw parents, denied all access to television and the news, he takes hope from his long-haired teenage neighbor, who predicts, They will come for you, man. They'll break you out of here. Soon Che too is an outlaw: fleeing down subways, abandoning seedy motels at night, he is pitched into a journey that leads him to a hippie commune in the jungle of tropical Queensland. Here he slowly, bravely confronts his life, learning that nothing is what it seems. Who is his real mother? Was that his real father? If all he suspects is true, what should he do? Never sentimental, His Illegal Self is an achingly beautiful story of the love between a young woman and a little boy. It may make you cry more than once before it lifts your spirit in the most lovely, artful, unexpected way. 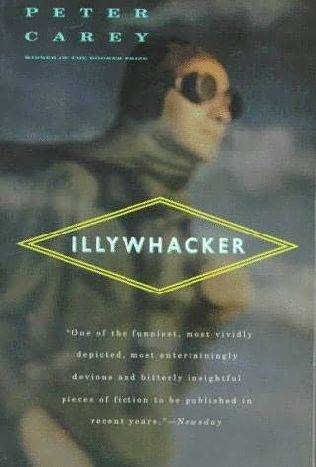 Illywhacker
"Illywhacker is such an astonishing novel, of such major proportions, that before saying anything else one must record gratitude for its existence." – Geoffrey Dutton, Bulletin "The finest and funniest picaresque novel yet written in Australia" – Peter Pierce National Times "A great tottering tower of a novel which stands up astonishingly against all the odds." – Victoria Glendinning, London Sunday Times "It is impossible to convey in a review the cumulative brilliance and accelerating hilarity of the prose." – Nicholas Spice, London Review of Books "Awesome breadth, ambition and downright narrative joy…Illywhacker is a triumph." – Curt Suplee, Washington Post "A sprawling, inventive and deeply absorbing saga…It is also one of the funniest, most vividly depicted, most entertainingly devious and bitterly insightful pieces of fiction to be published in recent years." – Alida Becker Newsday Carey can spin a yarn with the best of them… Illywhacker is a big, garrulous, funny novel… If you haven't been to Australia, read Illywhacker. It will give you the feel of it like nothing else I know." – The New York Times Book ReviewIn Australian slang, an illywhacker is a country fair con man, an unprincipled seller of fake diamonds and dubious tonics. And Herbert Badgery, the 139-year-old narrator of Peter Carey's uproarious novel, may be the king of them all. Vagabond and charlatan, aviator and car salesman, seducer and patriarch, Badgery is a walking embodiment of the Australian national character – especially of its proclivity for tall stories and barefaced lies.As Carey follows this charming scoundrel across a continent and a century, he creates a crazy quilt of outlandish encounters, with characters that include a genteel dowager who fends off madness with an electric belt and a ravishing young girl with a dangerous fondness for rooftop trysts. Boldly inventive, irresistibly odd, Illywhacker is further proof that Peter Carey is one of the most enchanting writers at work in any hemisphere."A book of awesome breadth, ambition, and downright narrative joy… Illywhacker is a triumph." – Washington Post Book World 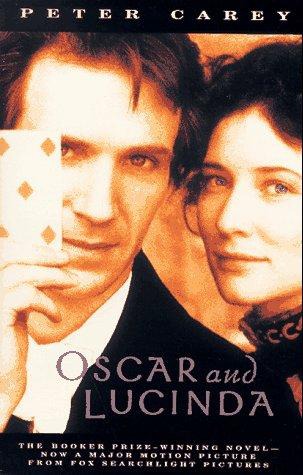 Oscar and Lucinda
The Booker Prize-winning novel-now a major motion picture from Fox Searchlight Pictures. This sweeping, irrepressibly inventive novel, is a romance, but a romance of the sort that could only take place in nineteenth-century Australia. For only on that sprawling continent-a haven for misfits of both the animal and human kingdoms-could a nervous Anglican minister who gambles on the instructions of the Divine become allied with a teenaged heiress who buys a glassworks to help liberate her sex. And only the prodigious imagination of Peter Carey could implicate Oscar and Lucinda in a narrative of love and commerce, religion and colonialism, that culminates in a half-mad expedition to transport a glass church across the Outback. 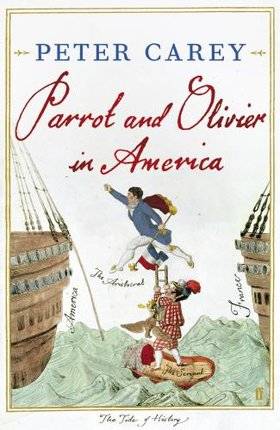 Parrot and Olivier in America

Parrot and Olivier in America
In this vivid and visceral work of historical fiction, two-time Booker Prize winner Peter Carey imagines the experiences of Alexis de Tocqueville, the great French political philosopher and author of Democracy in America. Carey brings de Tocqueville to life through the fictionalized character of Olivier de Garmont, a coddled and conceited French aristocrat. Olivier can only begin to grasp how the other half lives when forced to travel to the New World with John "Parrot" Larrit, a jaded survivor of lifelong hardship who can’t stand his young master who he is expected to spy on for the overprotective Maman Garmont back in Paris. Parrot and Olivier are a mid-nineteenth-century Oscar and Felix who represent the highest and lowest social registers of the Old World, yet find themselves unexpectedly pushed together in the New World. This odd couple’s stark differences in class and background, outlook and attitude-which are explored in alternating chapters narrated by each-are an ingenious conceit for presenting to contemporary readers the unique social experiment that was democracy in the early years of America. 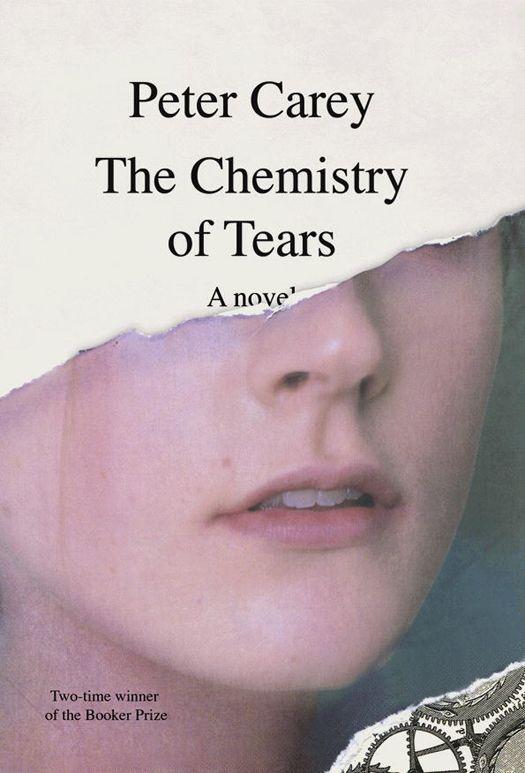 The Chemistry of Tears

The Chemistry of Tears
An automaton, a man and a woman who can never meet, two stories of love—all are brought to incandescent life in this hauntingly moving novel from one of the finest writers of our time.  London 2010: Catherine Gehrig, conservator at the Swinburne museum, learns of the sudden death of her colleague and lover of thirteen years. As the mistress of a married man, she must struggle to keep the depth of her anguish to herself. The one other person who knows Catherine’s secret—her boss—arranges for her to be given a special project away from prying eyes in the museum’s Annexe. Usually controlled and rational, but now mad with grief, Catherine reluctantly unpacks an extraordinary, eerie automaton that she has been charged with bringing back to life. As she begins to piece together the clockwork puzzle, she also uncovers a series of notebooks written by the mechanical creature’s original owner: a nineteenth-century Englishman, Henry Brandling, who traveled to Germany to commission it as a magical amusement for his consumptive son. But it is Catherine, nearly two hundred years later, who will find comfort and wonder in Henry’s story. And it is the automaton, in its beautiful, uncanny imitation of life, that will link two strangers confronted with the mysteries of creation, the miracle and catastrophe of human invention, and the body’s astonishing chemistry of love and feeling.

The Fat Man in History aka Exotic Pleasures

The Fat Man in History aka Exotic Pleasures
The first collection of short stories published by Peter Carey, whose other books include "Bliss", "Illywhacker" and "Oscar and Lucinda", which was awarded the 1988 Booker Prize. The stories, set in an ominous near-future that has a feel of contemporary life, are by turn bizarre and funny. 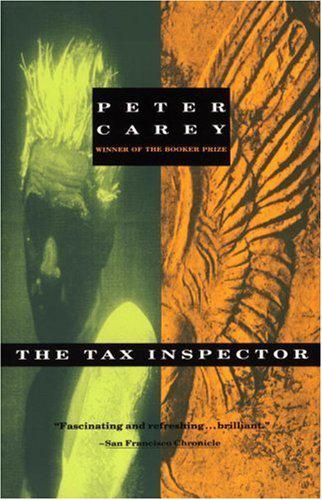 The Tax Inspector
Granny Catchprice runs her family business (and her family) with senility, cunning, and a handbag full of explosives. Her daughter Cathy would rather be singing Country & Western than selling cars, while Benny Catchprice, sixteen and seriously psychopathic, wants to transform a failing auto franchise into an empire—and himself into an angel. Out of the confrontation between the Catchprices and their unwitting nemesis, a beautiful and very pregnant agent of the Australian Taxation Office, Peter Carey, author of Oscar and Lucinda, creates an endlessly surprising and fearfully convincing novel. 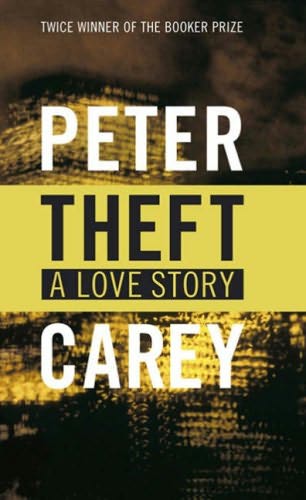 Theft A Love Story
Ferocious and funny, penetrating and exuberant, Theft is two-time Booker Prize-winner Peter Carey's master class on the things people will do for art, for love . . . and for money. “I don't know if my story is grand enough to be a tragedy, although a lot of shitty stuff did happen. It is certainly a love story but that did not begin until midway through the shitty stuff, by which time I had not only lost my eight-year-old son, but also my house and studio in Sydney where I had once been famous as a painter could expect in his own backyard. . .” So begins Peter Carey's highly charged and lewdly funny new novel. Told by the twin voices of the artist, Butcher Bones, and his “damaged two-hundred-and-twenty-pound brother” Hugh, it recounts their adventures and troubles after Butcher's plummeting prices and spiralling drink problem force them to retreat to New South Wales. Here the formerly famous artist is reduced to being a caretaker for his biggest collector, as well as nurse to his erratic brother. Then the mysterious Marlene turns up in Manolo Blahniks one stormy night. Claiming that the brothers' friend and neighbour owns an original Jacques Liebovitz, she soon sets in motion a chain of events that could be the making or ruin of them all. Displaying Carey's extraordinary flare for language, Theft is a love poem of a very different kind. Ranging from the rural wilds of Australia to Manhattan via Tokyo - and exploring themes of art, fraud, responsibility and redemption - this great novel will make you laugh out loud. 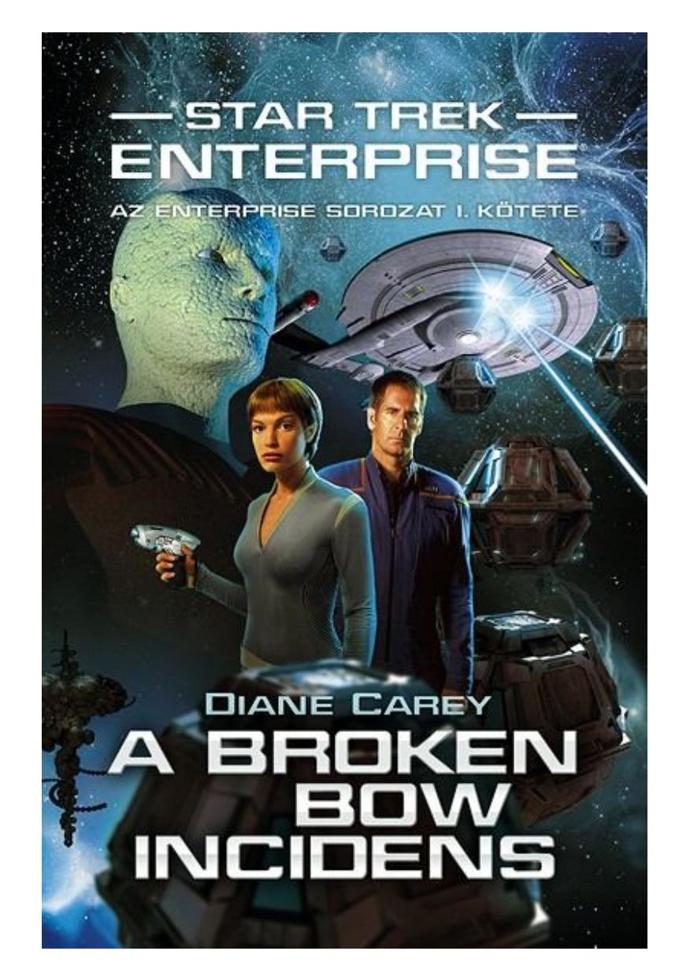 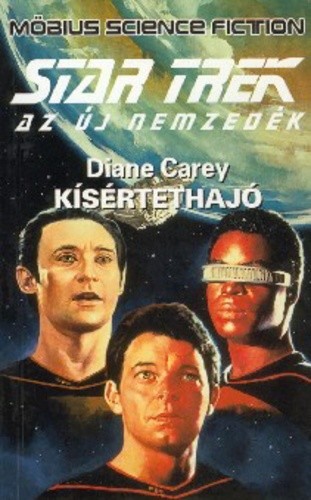