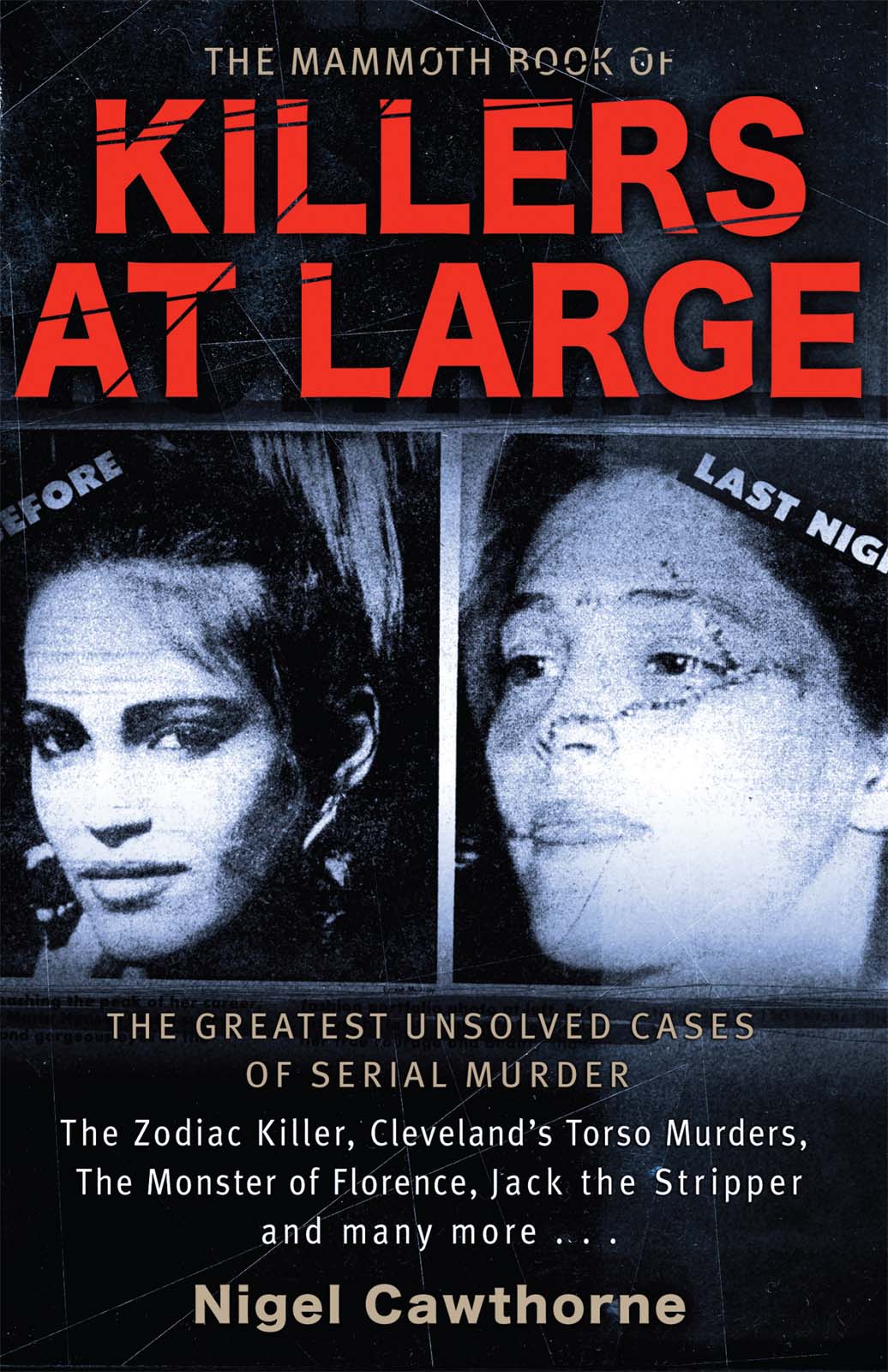 The Mammoth Book of Killers at Large

Series: The Mammoth Book of ...

The Mammoth Book of Killers at Large
Reason to be afraid—over 50 unsolved cases of serial murder. Fact: murderers and serial killers do not always get caught. Behind every headline of a newsworthy conviction lie other cases of vicious murderers who got away, and who remain somewhere among us. Here in one giant volume are more than 50 of the most serious serial killings and other murder cases that continue to remain unsolved. The cases covered in this alarming book include: Argentina’s crazed highway killer, responsible for mutilating and killing at least five people since 1997 and dumping their bodies along remote highways The Green River Killer, who has claimed at least 49 lives in the Seattle-Tacoma area South Africa’s “Phoenix Strangler,” suspected of killing 20 women The Twin Cities Killer, responsible for more than 30 murders on the streets of Minneapolis and St. Paul, where the victims were mostly prostitutes Costa Rica’s elusive “El Psicópata” (The Psychopath), thought to have murdered at least 19 people in this small, quiet Central American country “The Monster of Florence,” responsible for a series of 15 sexual slayings just outside Florence, where all the victims were courting couples. NIGEL CAWTHORNE is the author of The World’s Greatest Serial Killers, and Killers: The Most Barbaric Murderers of Our Times, as well as numerous other books. His writing has appeared in over a hundred and fifty newspapers, magazines and partworks—from the Sun to the Financial Times, and from Flatbush Life to The New York Trib. He lives in London.