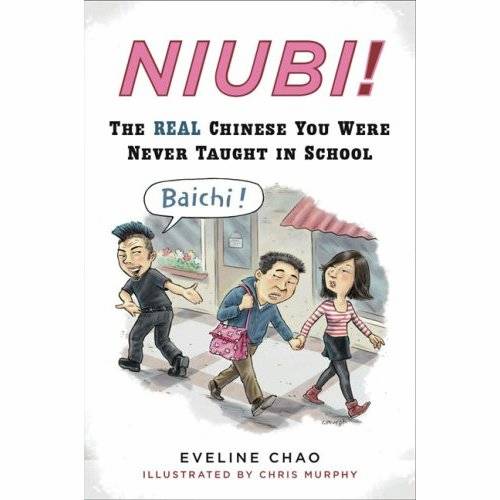 Niubi! The Real Chinese You Were Never Taught in School

Niubi! The Real Chinese You Were Never Taught in School
How to talk dirty and influence people-in Chinese! You can study Chinese for years, but do you really know how to talk like a native speaker? The next book in Plume's foreign language slang series, Niubi! will make sure you learn all the colorful vernacular words and phrases used by Chinese people of all ages in a variety of situations, including flirting and dating, wheeling and dealing, and even specific Internet slang-not to mention plenty of Chinese words that are… well, best not to mention. Accessible and useful to complete novices (Niubi! newbies), intermediate students of Mandarin Chinese, or just anyone who enjoys cursing in other languages, this irreverent guide is packed with hilarious anecdotes and illustrations, mini cultural lessons, and contextual explanations. So whether you're planning a trip to Beijing, flirting with an online acquaintance from Shanghai, or just want to start a fight in Chinatown-Niubi! will ensure that nothing you say is lost in translation.