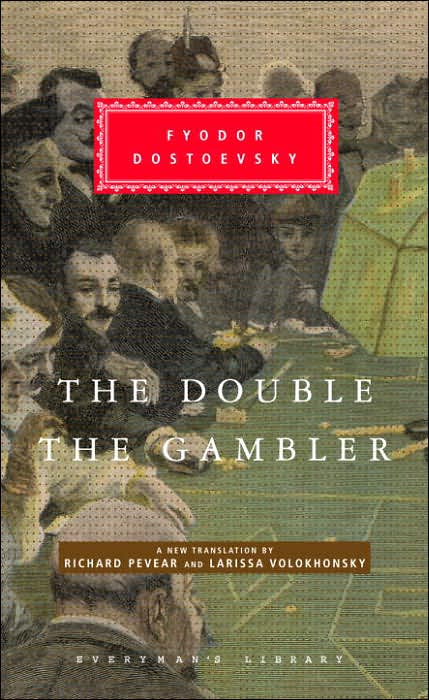 The Double
The Double, written in Dostoevsky’s youth, was a sharp turn away from the realism of his first novel,Poor Folk.The first real expression of his genius,The Doubleis a surprisingly modern hallucinatory nightmare in which a minor official named Goliadkin becomes aware of a mysterious doppelgänger–a man who has his name and his face and who gradually and relentlessly begins to displace him with his friends and colleagues. In the dilemma of this increasingly paranoid hero, Dostoevsky makes vividly concrete the inner disintegration of consciousness that would become a major theme of his work. 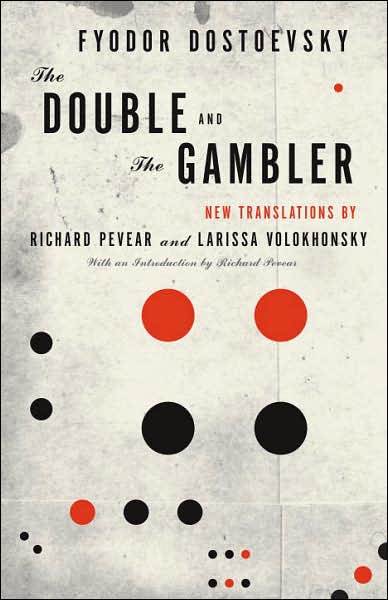 The Gambler
The Gambler was written under the pressure of crushing debt. It is a stunning psychological portrait of a young man’s exhilarating and destructive addiction, a compulsion that Dostoevsky–who once gambled away his young wife’s wedding ring–knew intimately from his own experience. In the disastrous love affairs and gambling adventures of his character, Alexei Ivanovich, Dostoevsky explores the irresistible temptation to look into the abyss of ultimate risk that he believed was an essential part of the Russian national character.