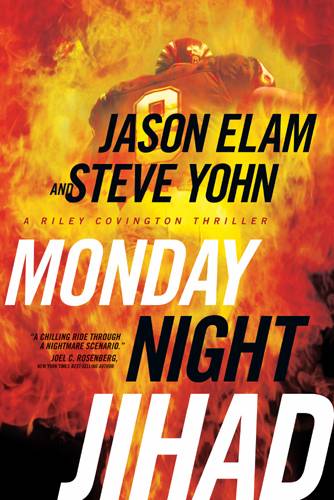 Monday Night Jihad
Just in time for the Super Bowl is this debut suspense novel from a 14-year NFL place kicker and his Colorado pastor. The result yields some nice moments paired with problematic writing and improbable plot twists. Air Force 2d Lt. Riley Covington is given grace to play NFL football instead of serving out his military time, but he opts to return to active duty after a horrific stadium bombing. Hakeem Qasim is an Iraqi groomed for terrorism by tragic events in his childhood. The lives of both the squeaky-clean Christian Riley and the radical Muslim Hakeem intersect in a way that readers will see coming early in the novel. Rich details about life as an NFL player invigorate the story; the details become problematic when the story gets wordy (as in one long and unnecessary chapter toward the end of the book). Although the final […] plot twist is too easy, unexpected humor helps leaven the serious themes, and the sparks of romance that fly between Riley and an American Muslim woman will pique readers' interest.