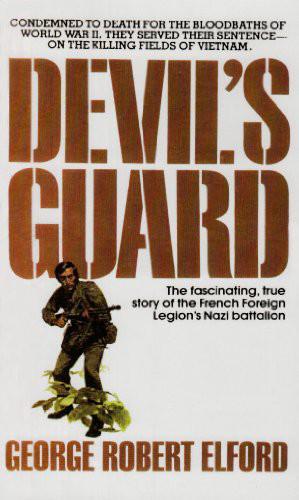 Devil's Guard
The personal account of a guerrilla fighter in the French Foreign Legion, reveals the Nazi Battalion’s inhumanities to Indochinese villagers. WHAT THEY DID IN WORLD WAR II WAS HISTORY’S BLOODIEST NIGHTMARE. The ashes of World War II were still cooling when France went to war in the jungles of Southeast Asia. In that struggle, its frontline troops were the misfits, criminals and mercenaries of the French Foreign Legion. And among that international army of the desperate and the damned, none were so bloodstained as the fugitive veterans of the German S.S. WHAT THEY DID IN VIETNAM WAS ITS UGLIEST SECRET — UNTIL NOW. Loathed by the French, feared and hated by the Vietnamese, the Germans fought not for patriotism or glory but because fighting for France was better than hanging from its gallows. Here now is the untold story of the killer elite whose discipline, ferocity and suicidal courage made them the weapon of last resort.