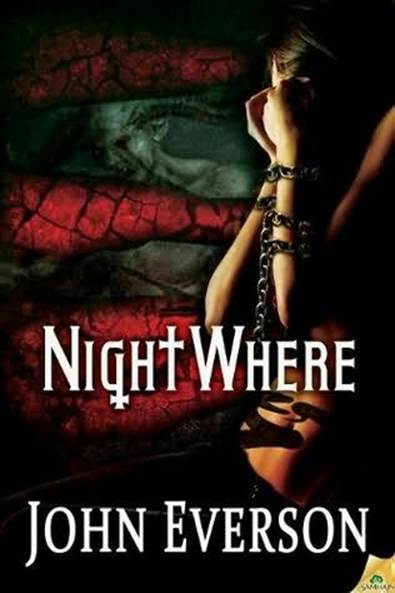 NightWhere
"NightWhere" is a great new novel from John Everson. Though I highly recommend the book to all fans of horror and suspense, this does come with the warning that the subject matter is extremely graphic and intense in both sexual and violent content. It is never gratuitous, however, for to hold back anything depicted in its pages would betray the premise and the book would suffer for it. “NightWhere” proves that not only has Everson grown as an artist over the last ten books, he is also brave enough to follow a story where it leads. Stephen King stated that once he finished “Pet Sematary” he put it away in a drawer thinking it too extreme for publication. The shock and awe of this high adrenaline narrative has much the same effect of that King novel or “The Exorcist.” As with many great horror novels, we begin with normalcy. Mark and Rae seem a happily married couple but for one main problem-Mark cannot satisfy his wife’s insatiable sex drive. He agrees to an open marriage and this works for them, up to the point of accepting an invitation to NightWhere, a covert sex club. In this new completely uninhibited environment, Rae finally achieves sexual satisfaction from some extreme BDSM provided there. She is then hurled into the perverse and violent inner sanctum of The Watchers who run NightWhere, disappearing from Mark’s life after the last time she goes to the club alone. I will not spoil the plot further except to state that Mark does truly love Rae and embarks on a quest to bring her back from the apparent damnation the club has drawn her into. This sets the book apart from other extreme horror novels I have read that explore similar themes. When the novel shifts to the POV of this tortured soul, the reader is right there with him, experiencing the degradation he continues to endure in hope of freeing Rae. I read the book quickly and felt kind of exhausted and devastated at the end. The book is extremely well written, providing the kind of reading experience you get from Cormac McCarthy “The Road” or Scott Smith’s “The Ruins”-relentless in both realism and emotional impact. If you can endure the extreme horror of writers like Edward Lee, I highly recommend this risky venture by John Everson. He takes the reader into the bleak darkness of addiction and obsession, but rather than relying on gore and shock, it is his emotionally charged depictions of the damned characters at its core that keep you hooked. – George Wilhite