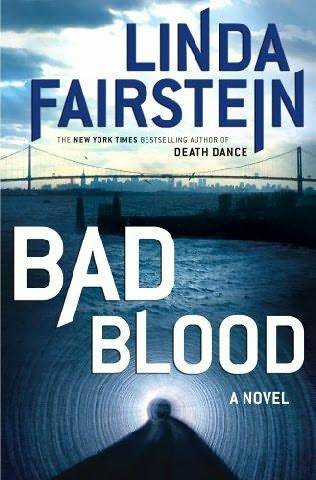 Bad blood
Fairstein, former chief of the Sex Crimes Unit in the Manhattan District Attorney's Office, returns with her ninth legal thriller starring prosecutor Alexandra Cooper. The author's own expertise again adds to the credibility of her fiction, in terms of courtroom banter, pacing, and those small "you couldn't make this up" details, such as the fact that shopping carts are the current favored receptacles for attorneys' case files. Her plotting is steady if formulaic. The big flaw in Fairstein's writing is that she has a tin ear when it comes to how people talk; her dialogue, often progressing in parallel phrases and clauses that are highly unlikely to occur in normal speech, is weighed down with backstory. Because she wants dialogue to do the work of narrative, she puts all manner of improbable words in her characters' mouths, thereby revealing motive and emotions. This tale starts with the trial of an upscale Manhattanite accused of murdering his wife. An explosion in the tunnels underneath the city interrupts the trial. Not surprisingly, the defendant is connected to the disaster. Again not surprisingly, Cooper must search within the tunnel system to find the answers. What works about this overly manipulative plot device, however, is that it gives Fairstein the opportunity to present some genuinely fascinating historical and engineering facts about the "city of death" far below Manhattan. Clunky in style but strong on procedural detail and background material. 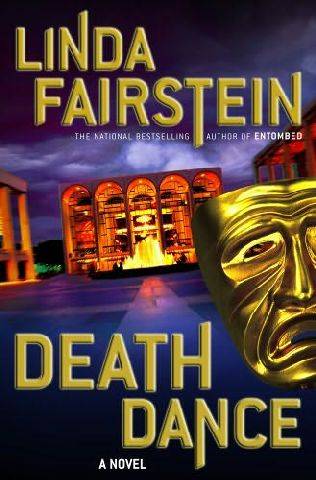 Death Dance
From Publishers Weekly Reunited with fellow Manhattan crime scene investigators Mike Chapman and Mercer Wallace, brazen, outspoken Alexandra Cooper, assistant DA for the sex crimes prosecution unit, tackles the case of a murdered dancer with the Royal Ballet. While it was no secret that "world-renowned" Russian ballerina Natalya Galinova had a bad attitude and a cuckolded husband, that she was tossed, undetected, into the cooling unit at the Metropolitan Opera House still comes as a shock, even to a whole slew of suspects, among them her agent, Rinaldo; Broadway kingpin and voyeur Joe Berk; Berk's shady niece Mona; and the Met's slippery artistic director, Chet Dobbis. Varied clues paired with the fascinating theatrical spadework involved in the opera business lead to a sidewalk electrocution and several sabotaged stage sets. As additional suspects are tacked on, concurrent evidence and motives surface and the stage becomes increasingly deadly for everyone involved, especially Alex. Running alongside is a rape subplot involving an elusive Turkish doctor, and an unsolved urban assault case. Despite the overcrowded plot, this whodunit manages to pirouette to a satisfying climax just as the curtain drops. Fairstein (Entombed) fans will undoubtedly demand an encore. 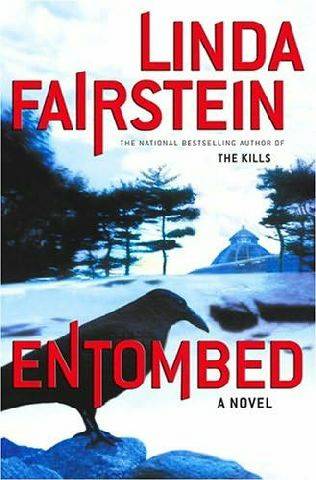 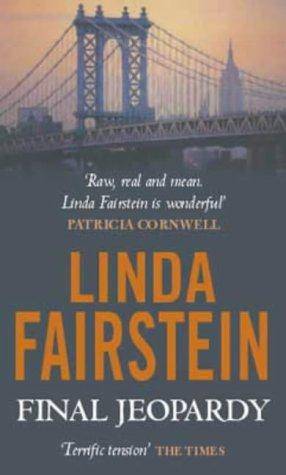 Final Jeopardy
Manhattan ’s top sex crimes prosecutor stares at the shocking headline in the morning newspaper, reading her own obituary. But Assistant D.A. Alexandra Cooper is very much alive. The body found by police on the secluded road leading to Alexandra’s country house on Martha’s Vineyard belonged instead to the internationally acclaimed Hollywood star, Isabella Lascar. Isabella had borrowed Alex’s home for a quiet holiday. Police found her body tall and slim, like Alex in a car rented in Cooper’s name, without any form of identification, and her face blown away by the shotgun blast that took her life. When Alexandra tells the police who the victim was, the investigation takes two distinct paths. One makes the assumption that the movie star was the intended target of the killer, while the other recognises that Alex herself may be the next victim of the assassin. Alexandra’s job is to send rapists and stalkers to jail, and she’s very good at it. So good, in fact, that the list of potential suspects who’d like to see her dead is horrifically long. On the other hand, Isabella had previously suffered the attentions of a stalker, and her fame had attracted an equally long list of obsessive fans. Or is the killer coming from an entirely different direction? Final Jeopardy is a formidable thriller of intelligence and authenticity, and marks the debut of a character who will be entertaining readers for many years to come. 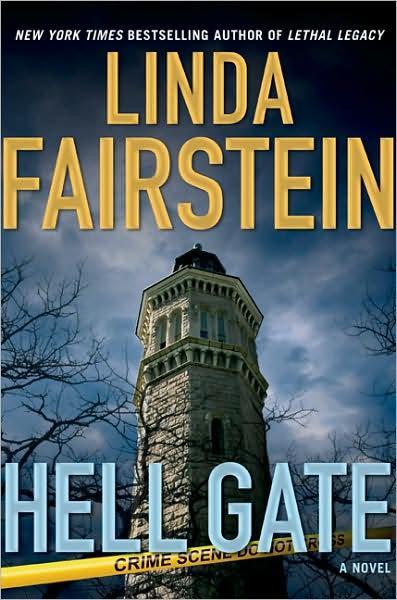 Hell Gate
New York City politics have always been filled with intrigue and shady deals. Assistant DA Alex Cooper and her NYPD colleagues find themselves investigating a shipwreck involving human cargo – illegally trafficked immigrants – at the same time a sex scandal threatens the career of a promising young congressman. When Alex discovers that a young woman who died in the wreck and the congressman's murdered lover have the same tattoo – the brand of the mastermind behind the trafficking operation – she realizes that the city's entire political landscape hangs in the balance. 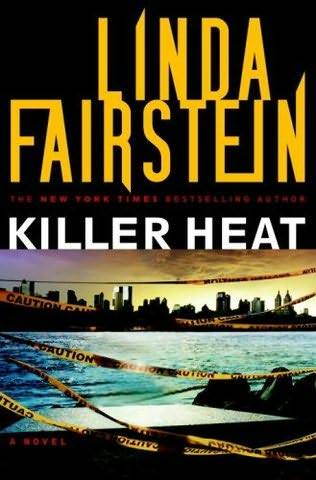 Killer Heat
Success can never be guaranteed in every case Alexandra Cooper prosecutes, but for once the odds are with her for putting away a serial rapist for a crime he committed over twenty years previously, but outside the courtroom another predator is at large. His first victim was a call-girl, a cat-o-nine-tails discovered near her body, and it seems as though Detectives Mike Chapman and Mercer Wallace need to look amongst her clients for the killer, but the discovery of other corpses, the modus operandi remarkably similar to the first, turns the investigation into a hunt for a random and viciously sadistic murderer. A part of his signature is that in the humid heat of summer he leaves his victims' remains in some of the least populated parts of New York – a derelict office building, an abandoned fort on an island below Manhattan. Alex fears it may be another twenty years before they can identify this monster, each day bringing the dread of news of another killing, then she, Chapman and Mercer get lucky and are able to give a name to their target. But that's not the same as putting him safely behind bars: to do that they are going to have to get close to him, much too close for Alex's own safety… 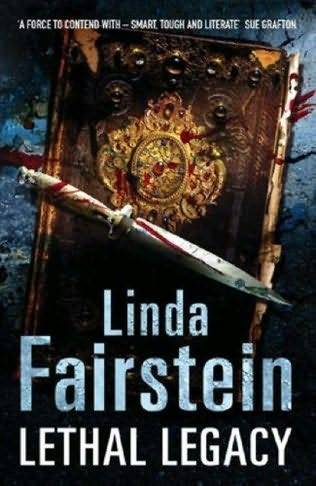 Lethal Legacy
When Assistant District Attorney Alex Cooper is summoned to Tina Barr's apartment on Manhattan 's Upper East Side, she finds a neighbor convinced that the young woman was assaulted. But the terrified victim, a conservator of rare books and maps, refuses to cooperate with investigators. Then another woman is found murdered in that same apartment with an extremely valuable book, believed to have been stolen. Alex discovers that the apartment belongs to a member of the wealthy Hunt family, longtime benefactors of the New York Public Library. As Alex, Mike, and Mercer meet each member of the eccentric family, they like them less and less. But does that mean they could be capable of murder? The search for the answer leads them to forgotten underground vaults in lower Manhattan where the Hunt patriarch took his greatest secrets to the grave – literally. In this beguiling mix of history and suspense, the New York Times bestselling author of Killer Heat truly outdoes herself as she takes readers on a breathtaking ride through the valuable first editions, lost atlases, and secret rooms and tunnels of the great New York Public Library. 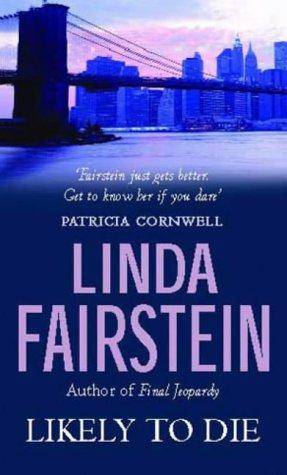 Likely To Die
A neurosurgeon is sexually assaulted, stabbed and left for dead in her office at the labyrinthine Mid-Manhattan Medical Centre. The police designate her Likely to Die. Alexandra Cooper, head of the district's sex crimes unit, assembles a task force to investigate but finds herself hindered at every turn. Not only has her office prosecuted some of the vast hospital's patients and staff before but the building itself compounds the problem. A vast complex encompassing a medical college and the Stuyvesant Psychiatric Centre, the hospital rises over a network of tunnels now occupied by numberless transients who have easy access to the corridors. Strung out with other cases and mired in the investigation personally when even the man she has begun to date, has a connection to the case, Alex must find the killer – before the killer finds her… 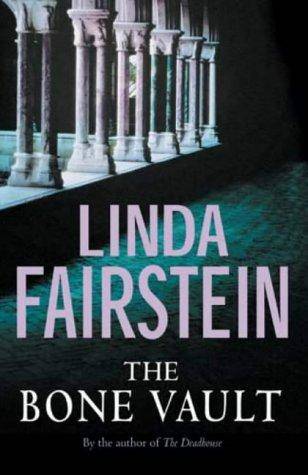 The Bone Vault
Following the critically acclaimed and top ten Best Seller The Deadhouse, Linda Fairstein now takes us behind the scenes of some of New York's magnificent and mysterious institutions in her most electrifying Alexandra Cooper thriller yet. The Bone Vault begins in the glorious Temple of Dendur at the Metropolitan Museum of Art, where wealthy donors have gathered to hear plans for a controversial new exhibit. An uneasy mix of scholarship and showbiz. The exhibition has raised fierce opposition from some of the museum's elite: IMAX time trips and Rembrandt refrigerator magnets have no place for them at the Met. Assistant DA Alex Cooper, off duty for the evening, observes the proceedings with bemused interest until the Met director suddenly pulls her aside: the body of a young researcher has been found in an ancient Egyptian sarcophagus. Teaming up with cops Mike Chapman and Mercer Wallace, Alex must penetrate the silent sentinels comprising New York's museum society, investigating not only at the Met but also at the Museum of Natural History and the Cloisters, to find a killer. Atmospheric, chilling, and shot through with procedural authenticity. 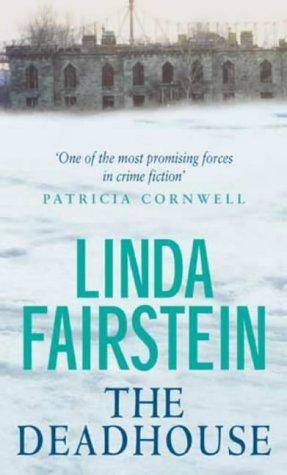 The DeadHouse
Lola Dakota had to call in the police several times to restrain her abusive husband, but he always returned, so when they got wind of his plan to hire a hitman to kill her she agrees to play her part in the sting which would see both men arrested. It proves to be a great success, but several hours later and when her husband is under lock and key, Lola is truly dead -and by someone's hand. The police team on the original sting are in disarray, so Alex Cooper and Mike Chapman are swiftly in place to take over. Looking beyond her husband into her professional life, they discover a university department riddled with jealousies, extra-marital affairs, swindled funds and the unexplained disappearance of a student known to be a drug user. The one thing which seems to link all the players with all the misdemeanours is the university's research site on an island off Manhattan where they were investigating the remains of the Victorian isolation hospitals and lunatic asylums and the morgue – the deadhouse. But why Lola's murder is connected to the place is not so easy to prove, nor the identity of her killer. 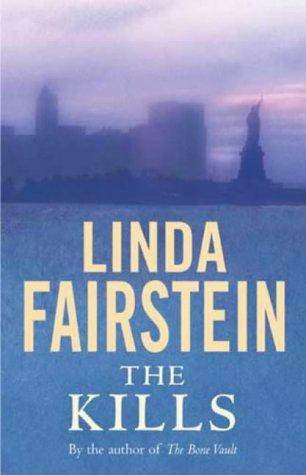 The Kills
Paige Vallis claimed that she gave in to Tripping's sexual demands because he had threatened to harm his son if she didn't. Alexandra Cooper, prosecuting the ex-CIA man, knew she had her work cut out to convince the jury, but before Paige could complete her testimony on the stand she is found dead – strangled in her own apartment building, just hours after she'd confessed to Alex that she had had a relationship with another ex-CIA operative. While the accusation of rape against Tripping is dropped, he has other charges to face, not least abusing his own child. As Tripping's defence team go into overdrive to keep their client out of jail, Alex, Chapman and Mercer set out to discover who so conveniently killed the woman who could have put him behind bars. As they peel back the layers of Paige's life, they discover a decades-old viper's nest of robbery and double-dealing and discover that truth of the adage of money being at the root of all evil – however old and 'respectable' it might be.