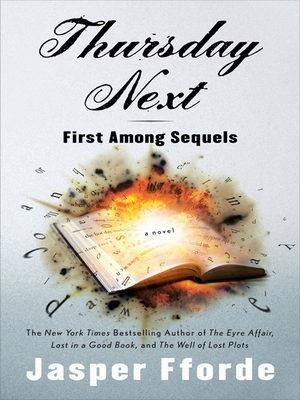 First Among Sequels
Fourteen years after Thursday Next pegged out at Superhoop '88, her Jurisfiction job has been downgraded due to a potential conflict of interest, since her previous adventures are now themselves in print. Thursday's time is spent worrying about her teenage son Friday and tutoring new recruits. This being fiction, however, jeopardy is never far away. Sherlock Holmes is killed at the Rheinbach falls and his series is stopped in its tracks. Before this can be righted, Miss Marple dies in a narratively inexplicable car accident, bringing her series also to a close. Thursday, receiving a death-threat clearly intended for her written self, realises what is going on - there is a serial killer is loose in the Bookworld. Meanwhile, Goliath have perfected a 22-seater Prose Portal Luxury Coach, and plan on taking literary tourists on a holiday to the works of Jane Austen. Thursday alone realises the true intent of Goliath's unwanted incursions into fiction, but she can't fight all these battles on her own. She must team up with the one person she really can't get along with - the written Thursday Next, currently starring in The Great Samuel Pepys Fiasco. But it's no time to be picky... 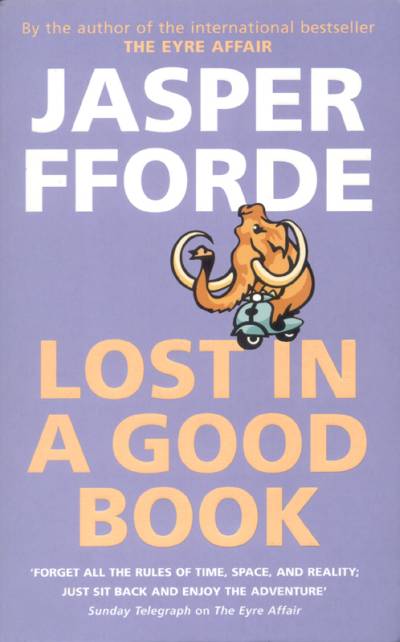 Lost in a Good Book

Lost in a Good Book
The inventive, exuberant, and totally original literary fun that began with The Eyre Affair continues with Jasper Fforde’s magnificent second adventure starring the resourceful, fearless literary sleuth Thursday Next. When Landen, the love of her life, is eradicated by the corrupt multinational Goliath Corporation, Thursday must moonlight as a Prose Resource Operative of Jurisfiction—the police force inside books. She is apprenticed to the man-hating Miss Havisham from Dickens’s Great Expectations, who grudgingly shows Thursday the ropes. And she gains just enough skill to get herself in a real mess entering the pages of Poe’s "The Raven." What she really wants is to get Landen back. But this latest mission is not without further complications. Along with jumping into the works of Kafka and Austen, and even Beatrix Potter’s The Tale of the Flopsy Bunnies, Thursday finds herself the target of a series of potentially lethal coincidences, the authenticator of a newly discovered play by the Bard himself, and the only one who can prevent an unidentifiable pink sludge from engulfing all life on Earth. 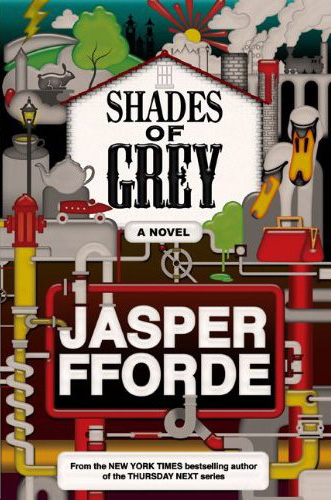 Shades of Grey
This inventive fantasy from bestseller Fforde (The Eyre Affair) imagines a screwball future in which social castes and protocols are rigidly defined by acuteness of personal color perception. Centuries after the cryptically cataclysmic Something That Happened, a Colortocracy, founded on the inflexible absolutes of the chromatic scale, rules the world. Amiable Eddie Russett, a young Red, is looking forward to marrying a notch up on the palette and settling down to a complacent bourgeois life. But after meeting Jane G-23, a rebellious working-class Grey, and a discredited, invisible historian known as the Apocryphal man, Eddie finds himself questioning the hitherto sacred foundations of the status quo. En route to finding out what turned things topsy-turvy, Eddie navigates a vividly imagined landscape whose every facet is steeped in the author's remarkably detailed color scheme. Sometimes, though, it's hard to see the story for the chromotechnics. 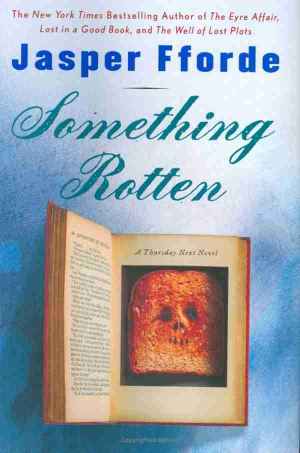 Something rotten
Something Rotten is the fourth installment of the Thursday Next series and she returns to her parallel universe of England in 1988 along with her son, Friday, and Hamlet, prince of Denmark. Both Friday and Hamlet need to be watched and cared for, so Thursday tries again to undo her husband's eradication by the Goliath Corp., which has now changed from a huge corporation to a huge religion. The fictional outlaw Yorrick Kaine decides he wants to be elected emperor and embarks on an anti-Danish tirade to win support. Meanwhile, moody Hamlet watches plays and movies about himself and the Swindon team has a shot at winning the Superhoop, the world championship of croquet. It's more fictional fancy and wild imagination from Jasper Fforde and Something Rotten has received positive reviews. The Denver Post says, "The latest installment in the Thursday Next series is impressive, and arguably Fforde's best work to date. It is a compliment to the author's skill and creativity that his humor remains fresh and his central character gains depth." 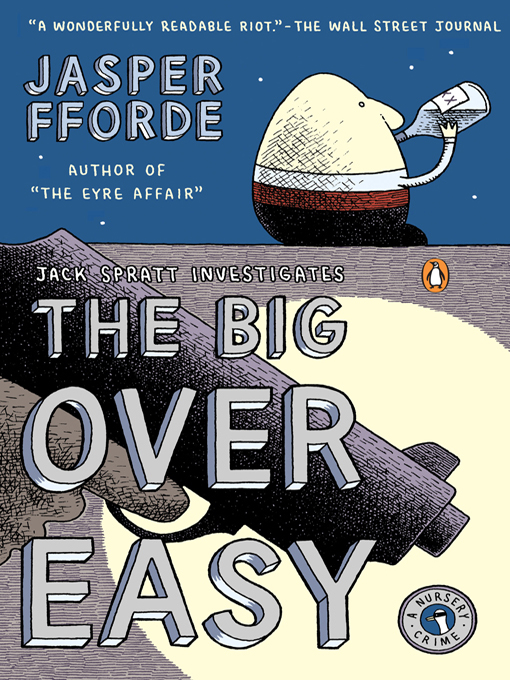 The Big Over Easy

The Big Over Easy
It's Easter in Reading — a bad time for eggs — and no one can remember the last sunny day. Ovoid D-class nursery celebrity Humpty Stuyvesant Van Dumpty III, minor baronet, ex-convict, and former millionaire philanthropist, is found shattered to death beneath a wall in a shabby area of town. All the evidence points to his ex-wife, who has conveniently shot herself. But Detective Inspector Jack Spratt and his assistant Mary Mary remain unconvinced, a sentiment not shared with their superiors at the Reading Police Department, who are still smarting over their failure to convict the Three Pigs of murdering Mr. Wolff. Before long Jack and Mary find themselves grappling with a sinister plot involving cross-border money laundering, bullion smuggling, problems with beanstalks, titans seeking asylum, and the cut and thrust world of international chiropody. And on top of all that, the JellyMan is coming to town... 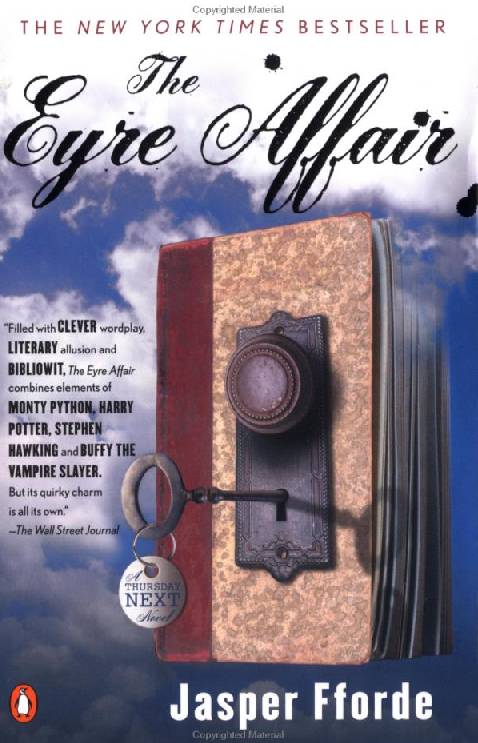 The Eyre Affair
Imagine this. Great Britain in 1985 is close to being a police state. The Crimean War has dragged on for more than 130 years and Wales is self-governing. The only recognizable thing about this England is her citizens’ enduring love of literature. And the Third Most Wanted criminal, Acheron Hades, is stealing characters from England’s cherished literary heritage and holding them for ransom. Bibliophiles will be enchanted, but not surprised, to learn that stealing a character from a book only changes that one book, but Hades has escalated his thievery. He has begun attacking the original manuscripts, thus changing all copies in print and enraging the reading public. That’s why Special Operations Network has a Literary Division, and it is why one of its operatives, Thursday Next, is on the case. Thursday is utterly delightful. She is vulnerable, smart, and, above all, literate. She has been trying to trace Hades ever since he stole Mr. Quaverley from the original manuscript of Martin Chuzzlewit and killed him. You will only remember Mr. Quaverley if you read Martin Chuzzlewit prior to 1985. But now Hades has set his sights on one of the plums of literature, Jane Eyre, and he must be stopped. How Thursday achieves this and manages to preserve one of the great books of the Western canon makes for delightfully hilarious reading. You do not have to be an English major to be pulled into this story. You’ll be rooting for Thursday, Jane, Mr. Rochester—and a familiar ending. 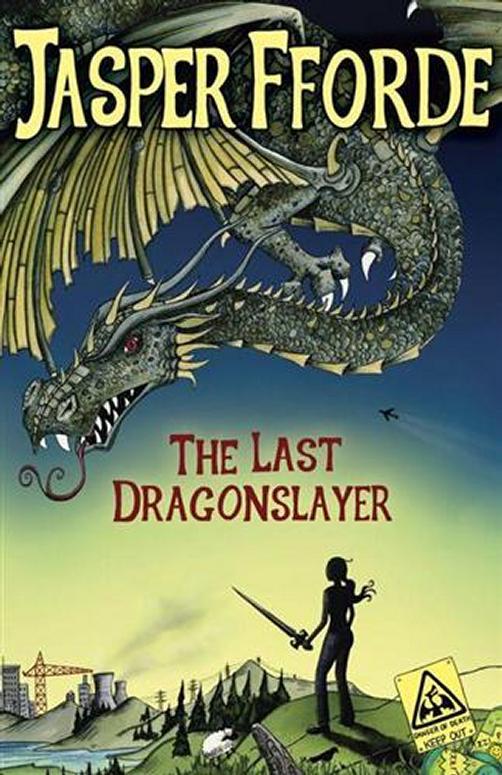 The Last Dragonslayer
In the good old days, magic was powerful, unregulated by government, and even the largest spell could be woven without filling in magic release form B1-7g. Then the magic started fading away. Fifteen-year-old Jennifer Strange runs Kazam, an employment agency for soothsayers and sorcerers. But work is drying up. Drain cleaner is cheaper than a spell, and even magic carpets are reduced to pizza delivery. So it's a surprise when the visions start. Not only do they predict the death of the Last Dragon at the hands of a dragonslayer, they also point to Jennifer, and say something is coming. Big Magic... 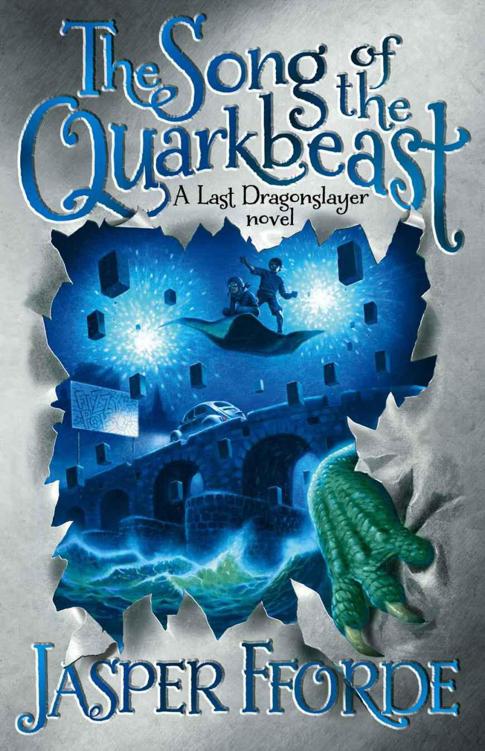 The Song of the Quarkbeast

The Song of the Quarkbeast
A long time ago magic faded away, leaving behind only yo-yos, the extremely useful compass-pointing-to-North enchantment and the spell that keep bicycles from falling over. Things are about to change. Magical power is on the rise and King Snodd IV of Hereford has realised that he who controls magic controls almost anything. One person stands between Snodd and his plans for power and riches beyond the wildest dreams of avarice. Meet Jennifer Strange, sixteen-year-old acting manager of Kazam, the employment agency for sorcerers and soothsayers. With only one functioning wizard and her faithful assistant 'Tiger' Prawns, Jennifer must use every ounce of ingenuity to derail King Snodd's plans. It may involve a trip on a magic carpet at the speed of sound to the Troll Wall, the mysterious Transient Moose, and a powerless sorceress named Once Magnificent Boo. But one thing is certain: Jennifer Strange will not relinquish the noble powers of magic to big business and commerce without a fight. 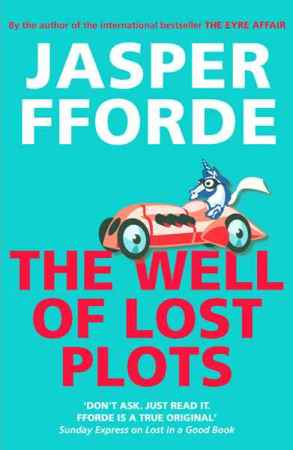 The Well of Lost Plots

The Well of Lost Plots
Thursday Next: the story so far … Swindon, Wessex, England, circa 1985. SpecOps is the agency responsible for policing areas considered too specialised to be tackled by the regular force, and Thursday Next is attached to the literary detectives at SpecOps 27. Following the successful return of Jane Eyre to the novel of the same name, vanquishing master criminal Acheron Hades and bringing peace to the Crimean peninsula, she finds herself a minor celebrity. On the trail of the seemingly miraculous discovery of the lost Shakespeare play Cardenio, she crosses swords with Yorrick Kaine, escapee from fiction and neo-fascist politician. She also finds herself blackmailed by the vast multinational known as the Goliath Corporation, who want their operative Jack Schitt out of Edgar Allan Poe's 'The Raven' in which he was imprisoned. To achieve this they call on Lavoisier, a corrupt member of the time-travelling SpecOps elite, the ChronoGuard, to kill off Thursday's husband. Travelling back thirty-eight years, Lavoisier engineers a fatal accident for the two-year-old Landen, but leaves Thursday's memories of him intact — she finds herself the only person who knows he once lived. In an attempt to rescue her eradicated husband, she finds a way to enter fiction itself — and discovers that not only is there a policing agency within the BookWorld known as Jurisfiction, but that she has been apprenticed as a trainee agent to Miss Havisham of Great Expectations. With her skills at bookjumping growing under Miss Havisham's stern and often unorthodox tuition, Thursday rescues Jack Schitt, only to discover she has been duped. Goliath have no intention of reactualising her husband, and instead want her to open a door into fiction, something Goliath has decided is a 'rich untapped marketplace' for their varied but ultimately worthless products and services. Thursday, pregnant with Landen's child and pursued by Goliath and Acheron's little sister Aornis, an evil genius with a penchant for clothes shopping and memory modification, decides to enter the BookWorld and retire temporarily to the place where all fiction is created: the Well of Lost Plots. Taking refuge in an unpublished book of dubious quality as part of the Character Exchange Programme, she thinks she will have a quiet time. 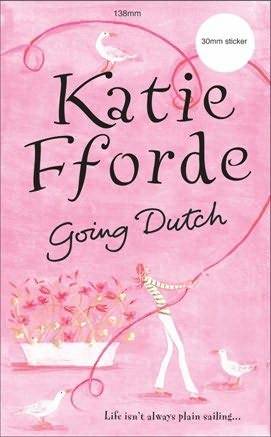 Going Dutch
When Jo's husband ditches her, and Dora ditches her fiance, both women find themselves living on a barge on the Thames where they must learn to navigate their way around new relationships. They quickly learn the value of friendship and a fresh start. 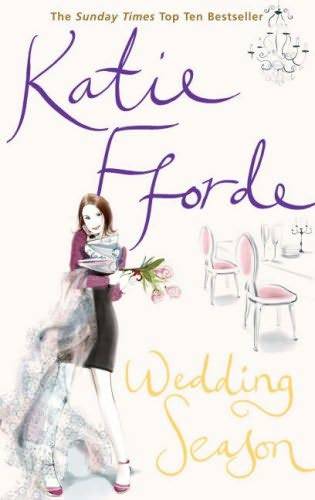 Wedding Season
Sarah is a wedding planner who doesn't believe in love. Or, not for herself anyway. And now with all her working hours spent planning the wedding of the year, she certainly doesn't have time to even think about love… Or does she? 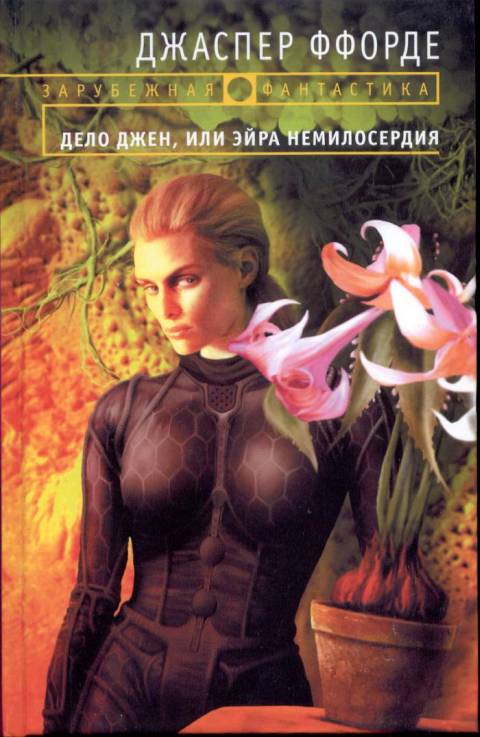