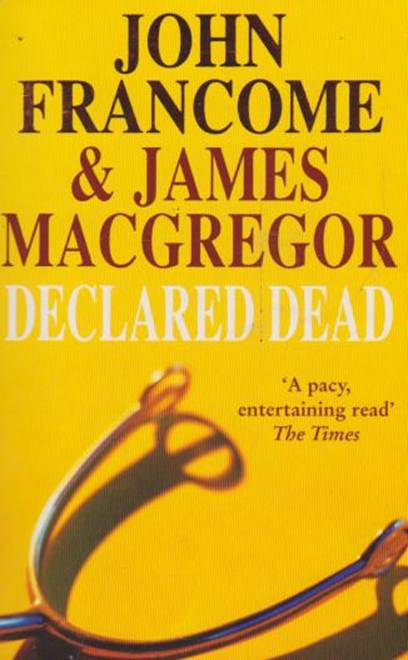 Declared Dead
Victoria Pryde's husband, Edward, has run up huge debts and has been missing for two weeks. When she reads in her racing paper that a horse called Mr Pryde is dead, she hopes it is some sick joke, but then her husband's car is discovered – with the charred remains of a body in the boot. The writing partnership of John Francome and James MacGregor got off to a cracking start with Eavesdropper (1986) and Riding High (1987), both bestsellers. The authenticity of the novels is reflected by the backgrounds of the two authors: John Francome has been Champion Jockey seven times and is regarded as the greatest National Hunt jockey ever known. James MacGregor is the pseudonym of a practising barrister, who also has an avid interest in racing. 'Splendid racing scenes and a tight storyline. Gripping stuff… a must for all racing fans and a fun read for others' John Welcome 'A thoroughbred stayer… cracking thriller' Independent 'An entertaining tale of skulduggery in turf and law' The Times 'A racy thriller about the Sport of Kings' Daily Telegraph