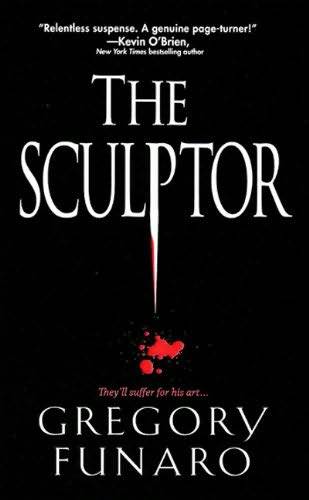 The Sculptor
"Relentless suspense. A genuine page-turner!" – Kevin O'Brien *** In life, they were flawed. In death, they are perfect works of art – killed, preserved, and carefully moulded into replicas of Michelangelo's most celebrated creations. Only The Sculptor can bring forth their true beauty and teach the world to appreciate his gift. FBI Special Agent Sam Markham has a reputation for tracking serial killers, but this artful adversary is meticulous, disciplined, and more ruthless than any he's encountered. The only clue is a note dedicating the latest 'statue' to Cathy Hildebrant, an art historian who shares Sam's fear that the killing has just begun. In a quiet Rhode Island town, The Sculptor shapes his latest macabre creation, waiting for Cathy to draw nearer so that his message can be understood at last. And the only way to save her is for Sam to unlock a psychopath's twisted mind before his final, terrifying masterpiece is revealed.