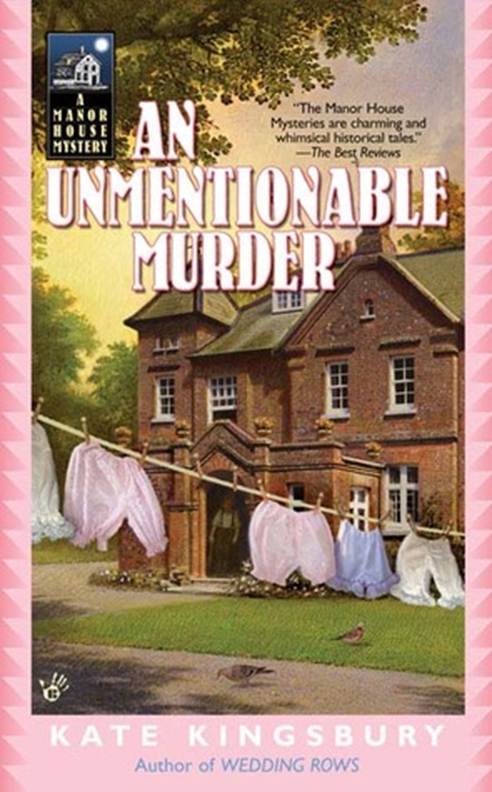 An Unmentional Murder
Meet Elizabeth Hartleigh Compton. She's the house-rich, money-poor keeper of the manor-and keeper of the peace…In World War II England, the quiet village of Sitting Marsh is faced with food rations and fear for loved ones. But Elizabeth Hartleigh Compton, lady of the Manor House, stubbornly insists that life must go on. Sitting Marsh residents depend on Elizabeth to make sure things go smoothly. Which means everything from sorting out gossip to solving the occasional murder…In the thick of the Allied invasion, Elizabeth is sick with worry for Major Earl Monroe. To make matters worse, people and things keep going missing from the manor-namely Martin, the elderly butler, and ladies- knickers from the washing line. Before Elizabeth can track either down, a man is found shot dead. Few will miss bad-tempered Clyde Morgan, and the police are ready to call it a suicide. But Elizabeth-s not so sure- 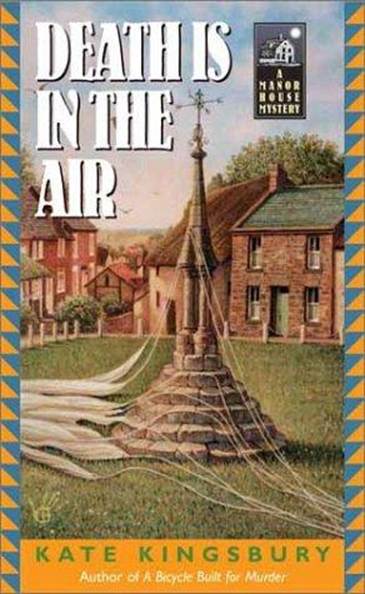 Death Is in the Air

Death Is in the Air
Meet Elizabeth Hartleigh Compton. She's the house-rich, money-poor keeper of the Manor – and keeper of the peace. In WWII England, the quiet village of Sitting Marsh is faced with food rations and fear for loved ones. But Elizabeth Hartleigh Compton, lady of the Manor House, stubbornly insists that life must go on. Sitting Marsh residents depend on Elizabeth to make sure things go smoothly. Which means everything from sorting out gossip to solving the occasional murder. "Dangerous Enemy on the Loose!" read the newspaper headlines. When a German pilot crash-lands and escapes into the nearby woods, locals are in a panic. But Lady Elizabeth caught a good glimpse of the fellow as he parachuted down, and he seemed nothing more than a harmless, terrified young boy. Until a local girl is found murdered the very day he disappears. Coincidence? The constable thinks not. But Elizabeth suspects everyone's jumping to conclusions. And once again, she's in the thick of a murderous muddle, combing for clues and searching for answers before more trouble ignites. 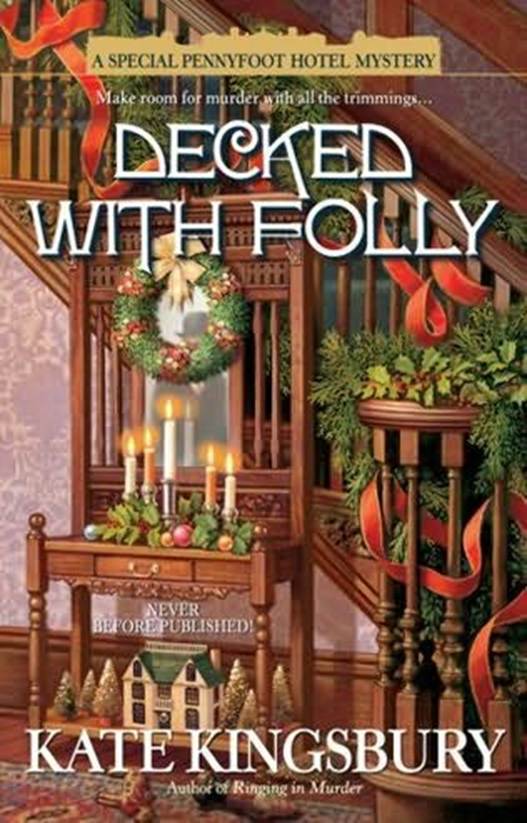 Decked With Folly
Make room for murder with all the trimmings in the latest of the Pennyfoot Hotel Christmas mystery series. It's the holiday season and the Pennyfoot staff is brimming with anticipation. The scents of the season overflow from the kitchen and the country club's halls are decorated with festive displays thanks to Cecily's dear friend Madeline. But when one of Cecily's candlesticks disappears, she realizes someone is lacking in Christmas spirit. Petty thievery seems the least of Cecily's problems after she learns a former employee has been found dead in her duck pond. He hasn't worked at the Pennyfoot in years, but his ex-wife is still their head maid-and now she heads the list of suspects. And when Madeline has a vision of more misfortune to come, Cecily starts feeling more jinxed than jolly. Now a killer and a thief must be taken off the guest list in order to put the merry back into Christmas. 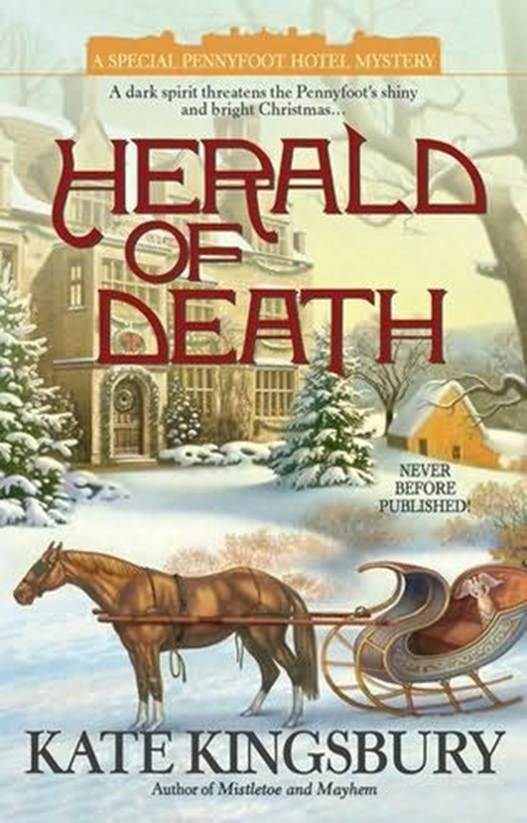 Herald Of Death
A dark spirit threatens the Pennyfoot's shiny and bright Christmas… The Christmas Angel is a welcome sight during the winter season-but not this year. A killer is afoot in Badger's End, cutting a lock of hair from his victims and sticking a gold angel on their foreheads. Cecily Sinclair Baxter already promised her husband that she'd take a hiatus from sleuthing. But three killings have created a blizzard of bad publicity-and guests are canceling their hotel reservations. She will have to find the angel of death before he strikes again, leaving murder under the tree… 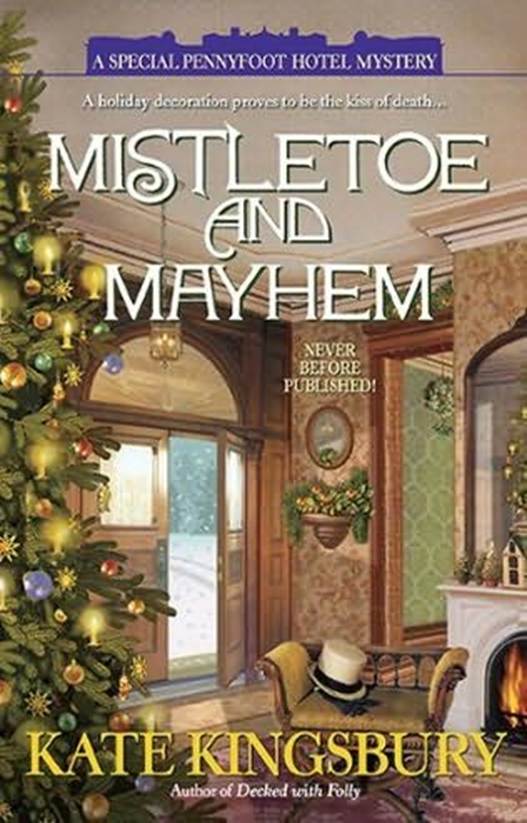 Mistletoe and Mayhem
This holiday season there'll be murder under the mistletoe at the Pennyfoot Hotel… As friends, family, and guests gather at the Pennyfoot Hotel to share the joys of the season, Cecily Sinclair Baxter and her staff are hustling and bustling more than ever. Cecily's friend Madeline arrives with her new baby and adds a kissing bough to the decorations. Cecily believes that the holiday couldn't get off to a better start… But after a footman and a new maid are seen kissing under the bough and then turn up dead afterwards, the downstairs staff is convinced a serial killer is among them…perhaps the mysterious guest known only as J. Mortimer. When Madeline's baby disappears, Cecily desperately tries to find the child. If she doesn't catch this killer in time, everyone's cheer will quickly turn to fear. 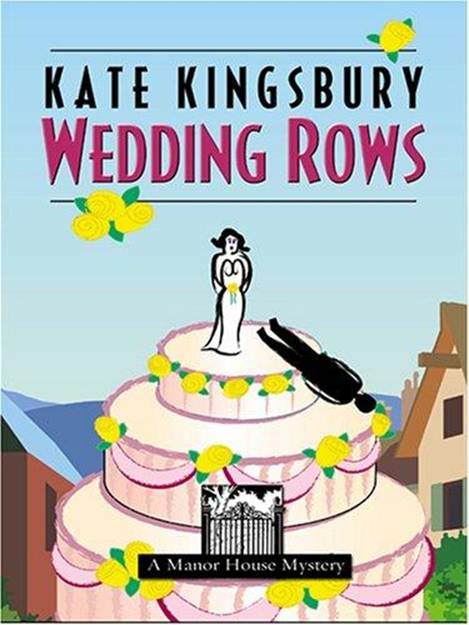 Wedding Rows
Sitting Marsh, a World War II town threatened by invasion, is overdue for a celebration. But when a stranger appears at a wedding-and is stabbed-sleuth Lady Elizabeth is on the case, and there's no shortage of suspects.