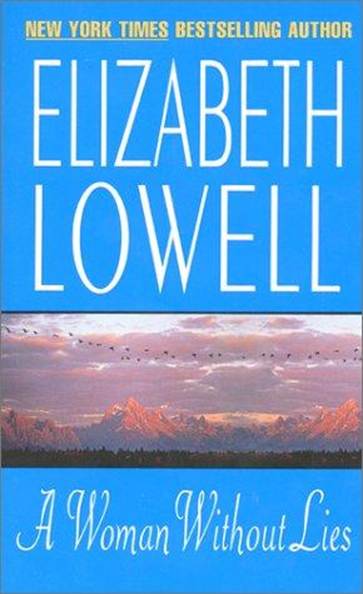 A Woman Without Lies

A Woman Without Lies
An artist in glass and light, Angel has loved with passion and fire – and learned the true depths of sadness when what she loved was taken from her. When she first meets Miles Hawkins – a solitary, distant man – their mutual mistrust seems insurmountable. Hawk has never known what Angel has freely enjoyed, having experienced only cruelty and betrayal from the women in his life. But Angel is willing to risk everything that proud, silent Hawk cannot, as she strives to bring truth and love to a tormented soul who believes in neither. Yet giving her heart again could be a gamble with stakes too high and too painful for her to endure – for she fears that, by loving Hawk, she will surely lose him. 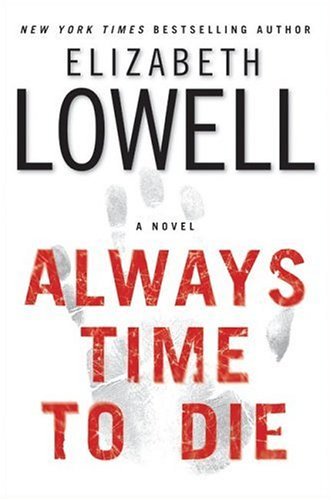 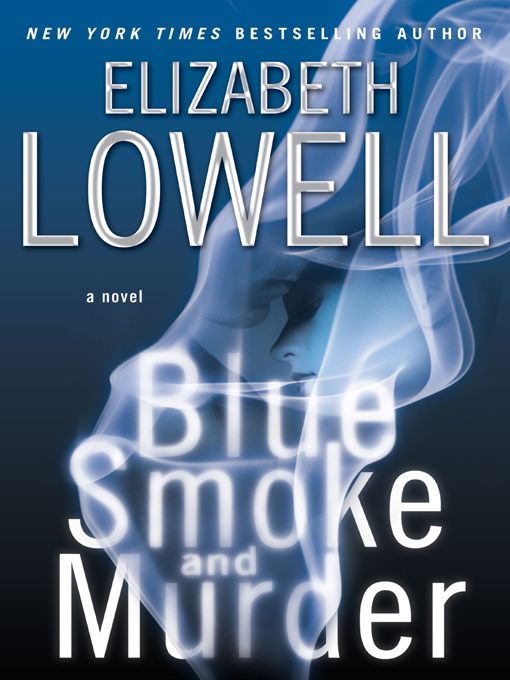 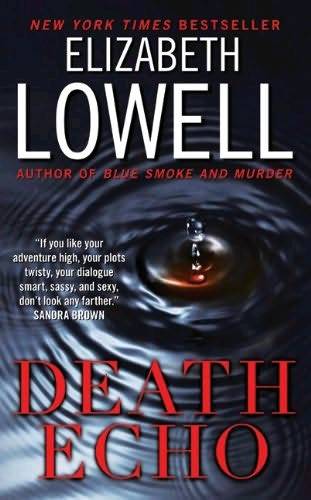 Death Echo
New York Times bestselling author Elizabeth Lowell cuts a new edge in suspense with this thrilling tale of passion, danger, and international intrigue in which a pair of former operatives must stop a deadly plot that threatens a major American city – and ultimately the world When she joined St. Kilda's, the elite security consulting firm, Emma Cross thought she'd left behind the blood, the guilt, and the tribal wars that defined her life at the CIA. Yet, trading spying for investigating yacht thefts didn't alleviate the danger – or melt away her professional paranoia. Now, the same good instincts that got her into trouble at the agency might be what will help her survive her latest case. With some arm-twisting, St. Kilda and Emma are tracking a yacht named Blackbird, a dead ringer for another ship that went missing somewhere between Vladivostok and Portland a year earlier. Emma knows the boat's intended cargo is lethal. What she needs to find out is whether it's biological, chemical, or fissionable. And she's only got seven days to uncover the truth… or a major American city will be lost. Fortunately, she's working with a new partner as menacing and distrustful as the worst enemy she's ever faced – and as deadly. A honed killer, MacKenzie Durand led a special ops team that was deployed to some of the world's nastiest places. But five years ago everything went to hell in Afghanistan, when bad intel hung his team out to dry. The only survivor, Mac walked away and never looked back, preferring to make money sailing high-end boats like Blackbird. But Emma and Mac aren't the only eyes watching Blackbird. Taras Demidov, an expert in extortion and execution in the pay of the oligarchs running the former Soviet Union, is also waiting in the shadows, determined to intercept a fearsomely powerful arms dealer with the money, weaponry, and connections to alter the geopolitical balance. Thrown together by an organization of enemies with global ties more dangerous than either of them realize, Mac and Emma must put aside their growing attraction for each other to save more than just their own lives. In a deadly game where the rules change without warning and the line between friend and foe is blurred, the pair must find answers fast – or watch as innocent civilians are sacrificed in a cold-blooded grab for power and supremacy. And even Mac and Emma aren't sure just who will get to the finish line alive… A breathtaking tale of passion and danger, Death Echo is superb entertainment from the queen of suspense, New York Times bestselling author Elizabeth Lowell. 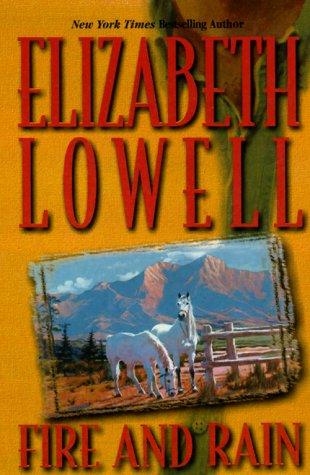 Fire and Rain
Owner of the wildest, loneliest ranch this side of the Rockies, Luck MacKenzie hadn’t laid eyes on Carla McQueen for three years. Not since they day he’d sent his best friend’s kid sister storming from the Rocking M Ranch and out of his life - for what he thought was forever…     Now Carla was back, lovelier and even more desirable than in his burning memories. But Luke knew he could never give in to the raging need to make her his woman. For he’d made a vow long ago - one that he was determined to keep - that he would never fall in love with Carla McQueen. No matter how badly his body and soul ached for her… 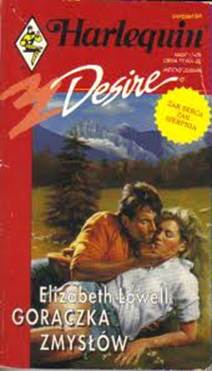 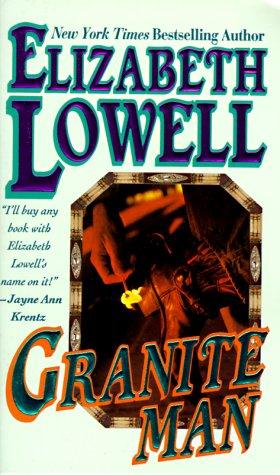 Granite Man
Returning to her sprawling Colorado ranch with nothing but her battered car and a treasure map, Mariah MacKenzie encounters prospecting partner Cash McQueen, an argumentative, burly type who becomes all too aware of Mariah's innocence. 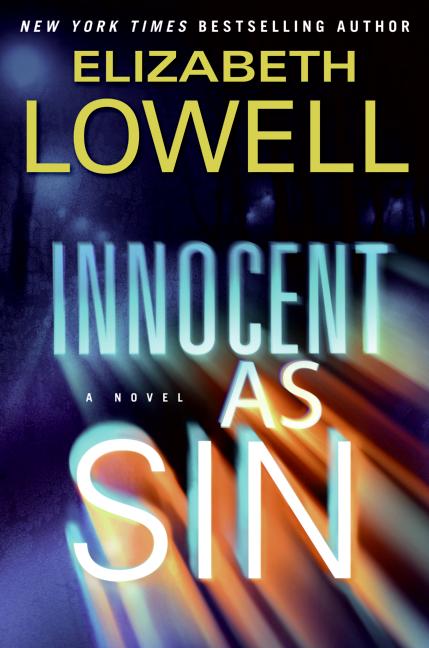 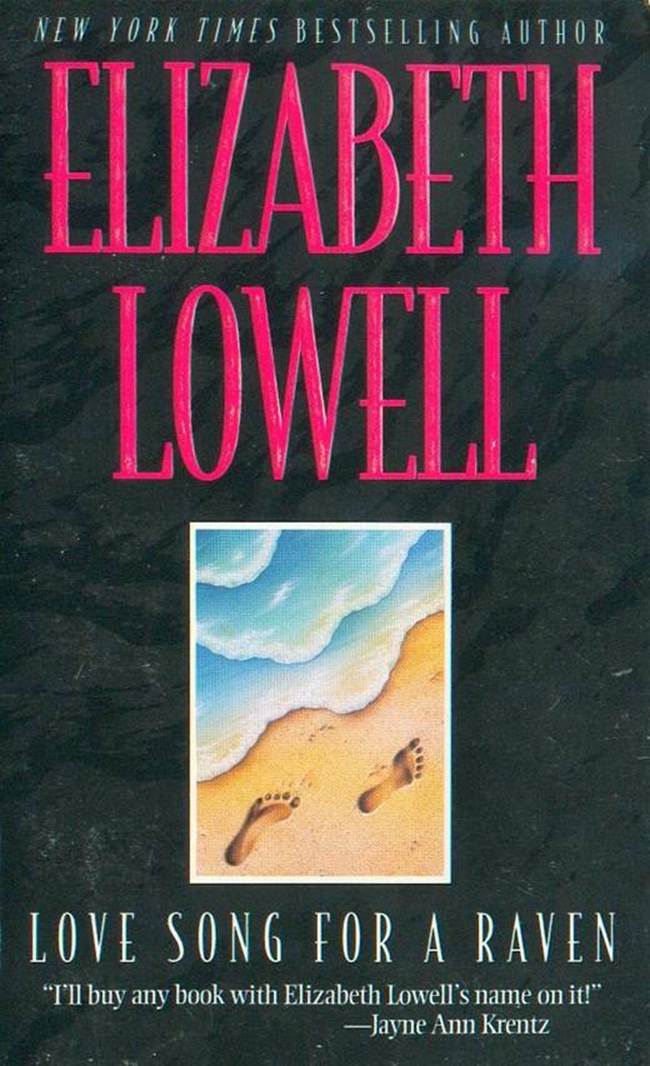 Love Song For A Raven

Love Song For A Raven
Carlson Raven had no choice but to rescue Janna Morgan-the beautiful, courageous woman who struggled against the stormy sea. When he pulled her from the choppy waters and revived her with the heat of his body, his yearning was as unexpected as it was enduring. But Carlson Raven was as untamed and enigmatic as the sea he loved. Would Janna be the woman to capture his wild and lonely heart? 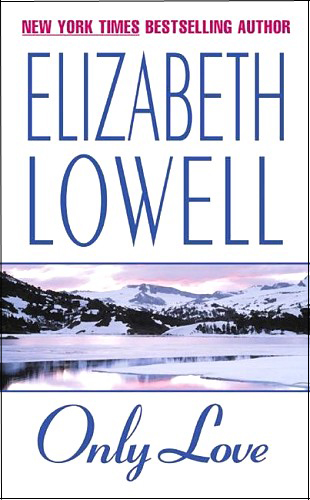 Only Love
Cast adrift during the War Between the States, Shannon Conner grew to womanhood in a lonely cabin high in the Colorado Rockies. Though stubborn and courageous, Shannon is ill-prepared to deal with the predatory Culpepper brothers — and the intoxicating ardor of the man who defends her honor, Rafael «Whip» Moran. A loner and a wanderer, a man tied to no place or promise, Whip aids the wary young «widow» who has a walk like honey and a determined grip on her shotgun. But neither the Culpeppers nor grizzlies are as dangerous to Whip as the passion Shannon offers him — passion that could cost Whip the freedom that is as much a part of him as his soul. 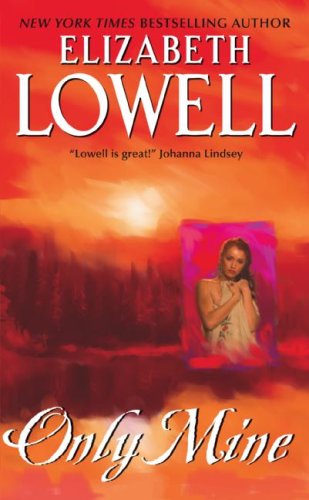 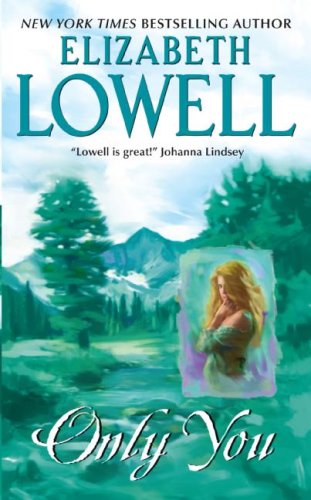 Only You
Matt "Reno" Moran can’t believe that the conniving beauty he «won» in a card game has run off with all his winnings — including the map to a gold mine. He should never have trusted Evelyn Starr Johnson, a tawny-haired lovely hardened by poverty and loss. But the temptress cast a spell on him, making him careless by enflaming his passions as no woman ever has before. And now the only way Reno can reclaim what is rightfully his is by joining forces with the scheming, remarkable lady on a perilous treasure hunt that could cost the handsome sharpshooter everything ... including his heart. 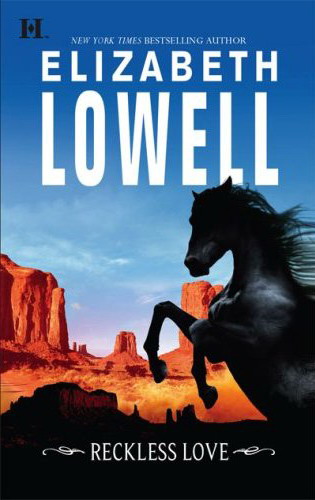 Reckless Love
Janna Wayland, the wild stallion Lucifer, and Ty MacKenzie, the stranger who had come for the stallion but stays to capture Janna's heart, join forces to escape from the steep mountains and canyons of the Utah Territory, where El Cascabel and his renegade warriors roam. 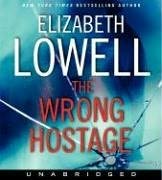 The Wrong Hostage
Orphaned at thirteen, Grace Silva clawed her way out of poverty and violence to become one of the most respected judges on the federal bench. Grace believes in the rule of law -- lives it, breathes it. She has always been buttoned up and buttoned down. Except once. Joe Faroe has learned that laws are made by politicians, and politicians are all too human. He believes in the innocents, the ones getting ground up by governments that are too polarized or too corrupt to protect their own citizens. He's been through the political meat grinder himself. It cost him his career, his freedom, and the woman who still haunts him. Since then Faroe has worked outside the rules and politics of government as a kidnap specialist for St. Kilda Consulting, a Manhattan-based global business that concentrates on the shadow world where governments can't go. He is good at his work -- intelligent, confident, ruthless. Until a friend dies trying to kill him. Now Faroe is out of the business. Retired. He's through trying to save a world that doesn't want to be saved. Then Grace comes to him, past and present collide, and Faroe finds himself sucked back into the shadows, tracking a violent killer who holds the life of Grace's son in his bloody hands. 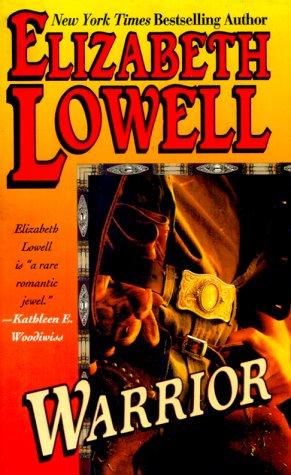 Warrior
When wildlife biologist Eden Summers arrives in the Colorado Rockies, she has only one thing on her mind: to continue her research on the local cougar population. A capable woman, used to living and working alone in the wild, she is self-possessed and confident, able to handle any threat from nature's fiercest predators -- until she gazes into the eyes of Nevada Blackthorn. She pulled him, injured and bleeding, to safety in the middle of a storm, unleashing a man who would invade her deepest dreams. But Nevada -- a rancher by trade, a warrior by nature -- is a man who has learned that walking away from caring is the only key to survival and that only the strongest survive. Any woman fool enough to try and change him will be hurt -- badly -- for their efforts. Perhaps Eden is that kind of fool. Or perhaps she has no choice but to follow a calling as fierce, as wild and as natural as the beating of her own heart . . . Series: A Trader's Tale from the Golden Age of the Solar Clipper

Quarter Share
When his mother dies in a flitter crash, eighteen-year-old Ishmael Horatio Wang must find a job with the planet company or leave the system-and NerisCo isn't hiring. With credits running low, and prospects limited, he has just one hope…to enlist for two years with a deep space commercial freighter. Ishmael, who only rarely visited the Neris Orbital, and has never been off-planet alone before, finds himself part of an eclectic crew sailing a deep space leviathan between the stars. Join the crew of the SC Lois McKendrick, a Manchester built clipper as she sets solar sails in search of profit for her company and a crew each entitled to a share equal to their rating.