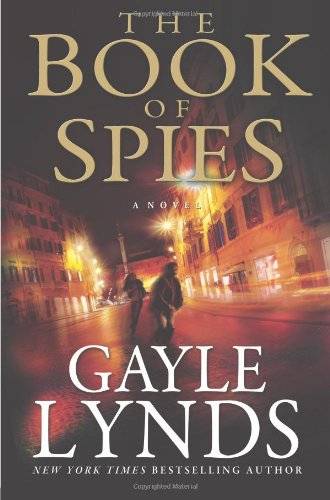 The Book of Spies

The Book of Spies
Ann Blake, a rare-book expert and conservator, was imprisoned for a drunk-driving accident that she doesn't remember, one that resulted in the death of her husband, a famous rare-book expert. But she is freed from prison by CIA undercover agent Tucker Anderson in exchange for her help and expertise on the Library of Gold, a legendary collection of books that have been lost to the world for over a century. Sent to an exhibit on the Library of Gold at the British Museum, Ann sees the one person she never expected to see again: her dead husband, Charles. After Charles first flees, then tries to kill her, Ann finds herself in the midst of several powerful, secret forces who either want her dead or want to use her to find the Library of Gold. The only person unequivocably on her side is Matt Kelly, who is seeking the people responsible for his father's death.