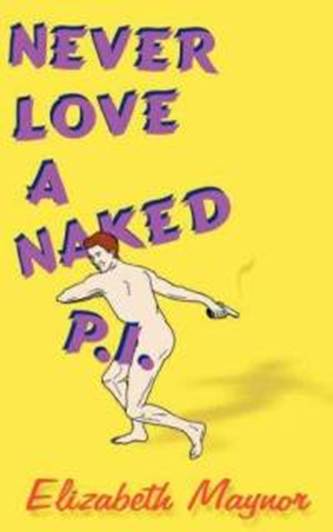 Never Love a Naked P.I.
Amanda's well-ordered life as an up-and-coming New York executive is turned head over heels when she finds herself attracted to a handsome male artists model, who not only turns out not to be what he seems, but becomes the catalyst who plunges Amanda into a terrifying and life-threatening romantic adventure. Thrust into the middle of an international art conspiracy, she finds herself a prime suspect and struggles to maintain her equilibrium as she discovers her closest friends might turn out to be the most untrustworthy and the man she has become attracted to has the power to cause her downfall. Amanda Emerson has fled Pittsburgh and the caring but stultifying over-protection of her father and brothers and has made a solid beginning in creating a self-fulfilling life for herself in the world of New York publishing. At an art school class, she finds herself attracted to a handsome nude male model and considers the possibility of treating herself to a well deserved romantic interlude. But even as she reaches for fun and happiness, her carefully constructed world begins to crumble. The model is not who he appeared to be. She is thrust into the world of international art intrigue, herself a suspect, and the friends and co-workers whom she most trusts in New York. begin to take on sinister aspects. Set in the high-powered but off-centered world of graphic novel publishing and centering around the darker comers of the international art scene, Never Love a Naked P.I. finds Amanda Emerson of Pittsburgh dashing from one end of exciting and dramatic New York's Manhattan Island to the other trying to maintain her hard-won self-assuredness, decide whether a handsome naked model is right for her or not, and trying to prove her innocence as an international forger while not getting shot or run over by an errant yellow cab. Fun, fast and deliciously sensual, as well as nail-bitingly tense, Never Love a Naked P.I. is an exciting romantic/suspense read.