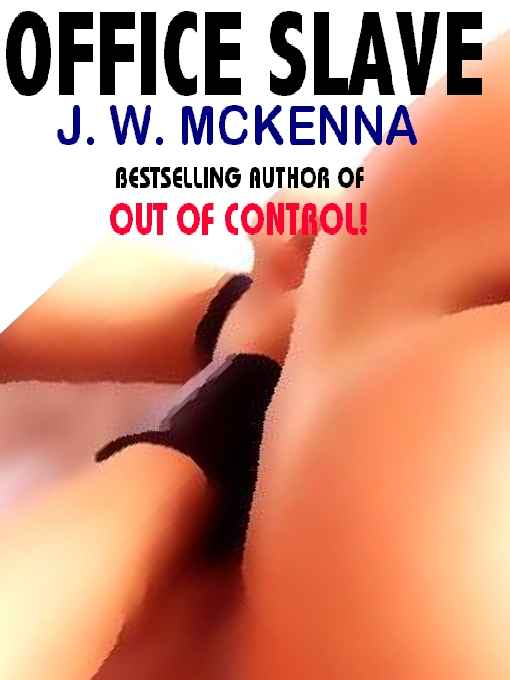 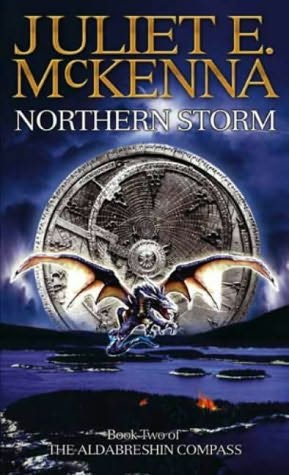 Northern Storm
The Aldabreshin Archipelago has been ravaged by war, its fragile alliances sundered by new enemies, enemies wielding forbidden elemental magic and spreading terror throughout the scattered southern realm. Warlord Daish Kheda has vowed to reclaim his people's land but in the process loses his own kingdom, is exiled from his family and is forced to journey north to seek answers. The wizard Dev has pledged to assist Daish, hungry to discover the secrets of this powerful dark magic. This causes turmoil among Dev's northern countrymen, leading to a political battle where strength in magic is key to the highest rank of all. 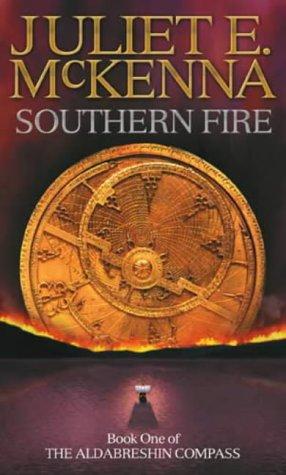 Southern Fire
Their coming had not been written in the stars, and no augury had foretold the terror they would bring. The first sign was the golden lights of the beacons, a clear message from every southern isle that a calamity had befallen them. Daish Kheda, warlord, reader of portents, giver of laws, healer and protector of all his many-islanded realm encompasses, must act quickly and decisively to avert disaster. But the people of the Aldabreshin Archipelago not only fear magic, they've abjured it. So what defense can Kheda offer against the threat of a dark magic that threatens to overrun every island of his domain? A new tale from the writer who has already gathered many fans with the five volumes of her Tales of Einarinn, Southern Fire is an engrossing epic of magic, intrigue, culture, and politics, in a fantasy setting as colorful as the south seas, as bracing as the ocean wind, and as alluring as the hint of spices in the air of an exotic port. 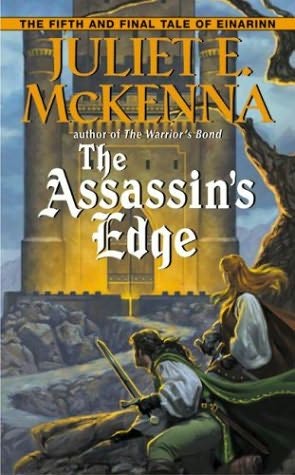 The Assassin's Edge
THE UNKNOWN TERROR After a long winter spent in the Kellarin colony, the crafty and beautiful Livak is anxious to move on. Now an opportunity is on the horizon. The reclamation of a lost southern settlement is in the offing, but those involved, Livak included, must await the spring arrival of the first ship from the mainland — an event that will never take place. Unbeknownst to all, the vital trading route to Tormalin is no longer secure. A dire new threat to the colony's survival has arisen. A final battle of strength, cunning and courage challenges Livak and her devoted swordsman-lover Ryshad, one that will force them to take up arms to confront a merciless, many-faceted evil. 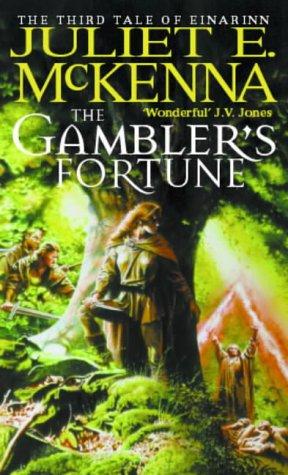 The Gambler's Fortune
ONCE A THIEF... The renowned thief Livak employed her great courage and cunning to escape the evil, mindbending sorcery of the Elietimm—with the help of Ryshad, the noble swordsman who stole the beautiful bandit's heart. Now a fortune awaits her and her beloved, if Livak can secure a powerful, ancient, and forgotten magic that the Empire seeks to defend itself from its enemies. But there are others who covet the secrets of these lost arts.... 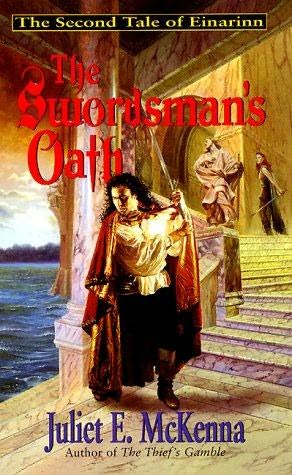 The Swordsman's Oath
SWORDMASTER... Ryshad was a warrior, a sworn man pledged to defend the Empire and his lord with his sword and his life. Livak was a thief, a woman as dangerous and cunning as she was beautiful. Brought together by fate—and the wily wizard Shiv—these unlikely allies once traveled to the frozen lands of the North to find answers to an ancient mystery. Instead, though, they discovered death and worse at the hands of the Elietimm, a band of evil sorcerers who nearly destroyed them. OR SLAVE? Now, the Elietimm have infiltrated the Empire using their strange and deadly power. It is up to a reunited Ryshad and Livak, joined by Shiv, to discover the secret knowledge that can save the Empire—a mission that will lead them far from the lands they know. It is Ryshad, though, who will journey farthest, to a distant country where nothing is what it seems, not even the magical sword that has long protected him. And if that sword should turn against him now... 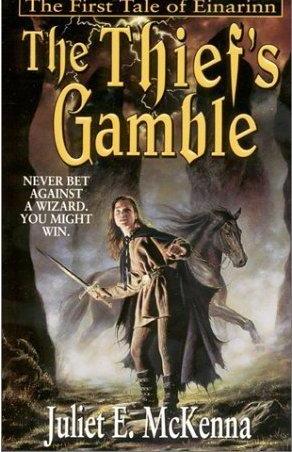 The Thief's Gamble
The Secrets of the Shadow-Men Magic? It's for the rich, the powerful ... the Archmage and his elite wizards and cloud-masters. Livak is not among them. She haunts the back taverns of the realm, careful to appear neither rich nor poor, neither tall nor short ... neither man nor woman. Obscurity is her protection, thievery her livelihood, and gambling her weakness. Alas, some bets are hard to resist. Particularly when they offer a chance to board a ship for Hadrumal, the fabled city of the Archmage. So Livak follows a minor wizard, Shiv, in an attempt to turn a rune or two, never dreaming that the stolen tankard she wants to sell contains the secrets of an ancient magic far more powerful, and infinitely darker, than any mortal mage's spells. 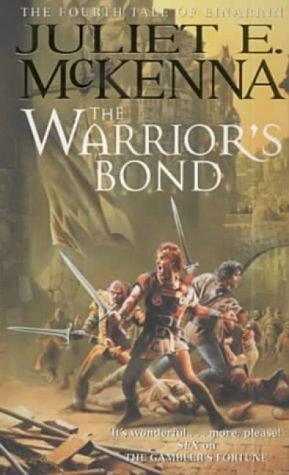 The Warrior's Bond
Einarinn's greatest warrior, the swordsman Ryshad, has sworn to protect his lord, Messire D'Olbriot, even if it means watching his love, the beautiful thief Livak, embark on a dangerous quest to find the lost aetheric magic on her own. But shadow and intrigue lie over the land, and a journey to recover magical artifacts leads the swordsman back to the lost colony of Kellarin, whose settlers have only recently been awoken from centuries of enchanted sleep. Amidst the intricate halls and deadly intrigues of this royal court, even the most cautious of strategems can fail, and Ryshad must fight to save the future of Einarinn itself. 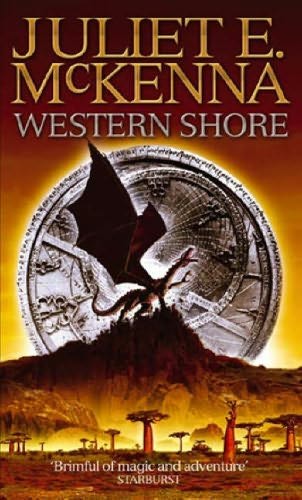 Western Shore
Warlord Daish Kheda has been building political alliances, working to consolidate power over his new realm. Although he has saved his people from the twin evils of wizardry and dragons, he feels tainted by association with forbidden magic and fears he may bring great ill-fortune to his people. So Kheda resolves to once more join his Northern wizard allies in the hope of removing the dragon threat once and for all, and to seek whatever purification he can find. Only time can tell whether he will be condemned for his actions, or whether magic is less a sin than he was brought up to believe ...He tells his son in secret that he may not return, and sets his face to the future.