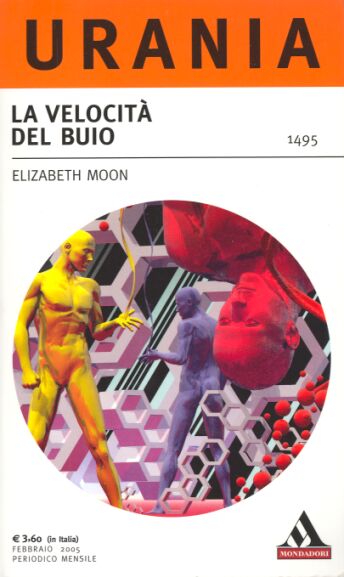 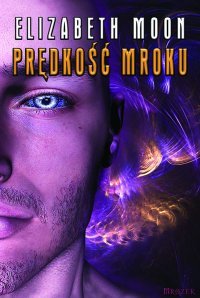 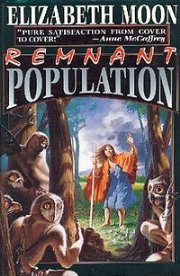 Remnant Population
Failure to become a successful space colony, plus fear of the indigenous non-human population, forces the abandonment of Sims Bancorp Colony. Ofelia, tired of taking orders and too elderly to survive the trip to the next colony, hides until all fellow humans are evacuated. Alone but unafraid, she meets the challenges of survival and eventually befriends the natives who call themselves “The People.” Gradually, Ofelia becomes an important member of The People and acts as their diplomatic liaison when a new group of humans return to the planet. Once downtrodden and overlooked, Ofelia rises above her old position to rebuild her self-esteem and redefine herself as she rises to situations calling for her to use her intelligence, emotional fortitude, and abilities. Once she has power, she uses it wisely and justly. 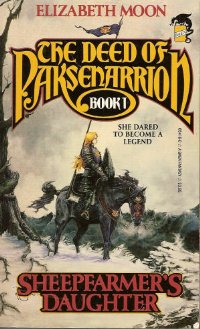 Sheepfarmer's Dauther
The story begins by introducing Paks as a headstrong girl of 18, who leaves her home in Three Firs (fleeing a marriage arranged by her father) to join a mercenary company and through her journeys and hardships comes to realize that she has been gifted as a paladin, if in a rather non-traditional way.

The Speed of Dark

The Speed of Dark
Corporate life in early 21st-century America is even more ruthless than it was at the turn of the millennium. Lou Arrendale, well compensated for his remarkable pattern-recognition skills, enjoys his job and expects never to lose it. But he has a new boss, a man who thinks Lou and the others in his building are a liability. Lou and his coworkers are autistic. And the new boss is going to fire Lou and all his coworkers — unless they agree to undergo an experimental new procedure to “cure” them. In The Speed of Dark, Elizabeth Moon has created a powerful, complex, and believable portrayal of a man who varies radically from what is defined as “normal.” The author insightfully explores the nature of “normality,” identity, choice, responsibility, free will, illness and health, and good and evil. The Speed of Dark is a powerful, moving, illuminating novel in the tradition of Flowers for Algernon, Forrest Gump, and RainMan. (Cynthia Ward, Amazon.com) Won Nebula Award for Best Novel in 2003. 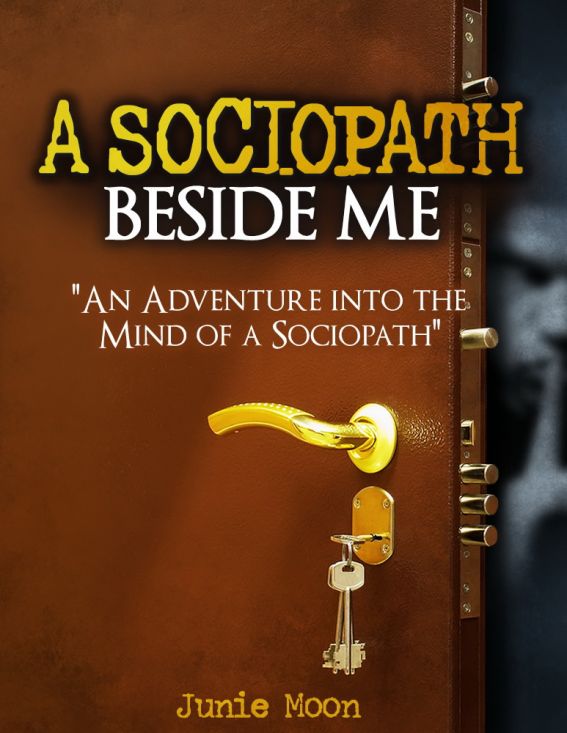 A Sociopath Beside Me

A Sociopath Beside Me
This story is a personal account of my life with a sociopath beside me, a journey which takes you inside his mind and inside his darkness. A Sociopath Beside Me is a true story about my life with a sociopath and the devastating circumstances he created for his many victims. This personal journey leads to the discovery that a sociopath was in our midst, examines his dishonorable behaviors, uncovers his hidden secret agendas, and validates the suffering of his victims. The mission of this book is to give the reader the needed tools to recognize the sociopath who walks among us, so that we might avoid becoming their next unsuspecting victim.