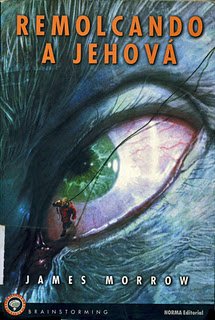 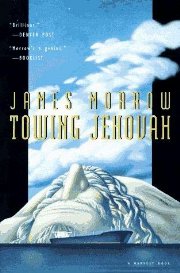 Towing Jehovah
Anthony Van Horne, the disgraced captain of an oil tanker that spilled its cargo, is approached by the angel Raphael at the Cloisters in New York to command his former ship on an important mission. It seems God has died, and his two-mile-long corpse has fallen into the ocean at 0° latitude, 0° longitude. The Vatican would like the captain to tow God to a remote Arctic cave for a quiet burial. Naturally, things don’t work out this simply, and the complications form the events of this splendid comic epic. As more and more folks with varying perspectives become aware of the covert mission, more hell, if you will, breaks loose. The author, an SF crossover, puts the weighty subject and its possible ramifications to clever use on many levels. He packs the story with sailing matters, cultural criticism, theology, physics, and more but still manages to keep the encounter bubbly and inviting. Won World Fantasy Award for Best Novel in 1995. Nominated for Nebula Award in 1994. Nominated for Hugo, Clarke, and Locus awards in 1995.