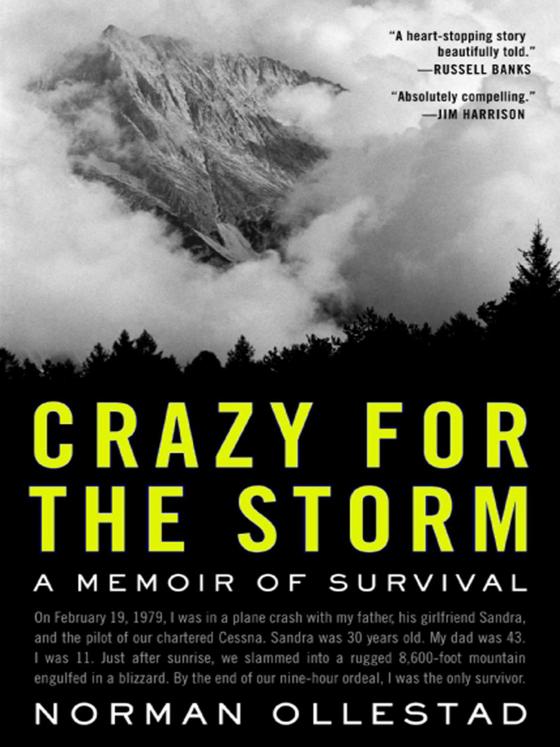 Crazy for the Storm

Crazy for the Storm
A riveting and moving memoir, written in crisp Hemingwayesque prose and set amid the wild, uninhibited surf culture of Malibu and Mexico in the late 1970s. From the age of three, Norman Ollestad was thrust into the world of surfing and competitive downhill skiing by the intense, charismatic father he both idolized and resented. Yet it was these exhilarating tests of skill that ultimately saved his life when the chartered Cessna carrying them to a ski championship ceremony crashed 8,000 feet up in the California mountains, leaving his father and the pilot dead. The devastated eleven-year-old Ollestad had to descend the treacherous, icy mountain alone. Crazy for the Storm is a powerful and unforgettable true story that illuminates the complicated bond between an extraordinary father and his extraordinary son. http://www.youtube.com/watch?v=HqLnh1biSa0