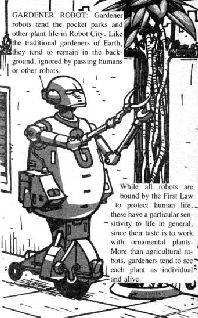 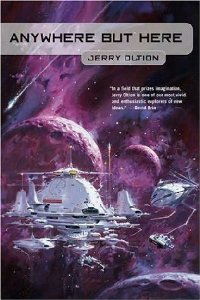 Anywhere but Here
In a world dominated by America’s heavy hand, an independent scientist reveals the secret of fast, cheap interstellar travel, sparking an exodus like none in history. When anyone with a few hundred dollars and a little ingenuity can build their own spaceship, even American citizens can’t wait to get out from under the United States's domineering thumb. Trent and Donna Stinson, of Rock Springs, Wyoming, seal up their pickup for vacuum and go looking for a better life among the stars, but they soon learn that you can’t outrun your problems. America’s belligerent foreign policy is expanding just as fast as the world’s refugees, threatening to destroy humanity’s last chance for peaceful coexistence. When their own government tries to kill them for exercising the freedoms that people once took for granted, Trent and Donna reluctantly admit that America must be stopped. But how can patriotic citizens fight their own country? And how can they succeed where the rest of the world has failed? 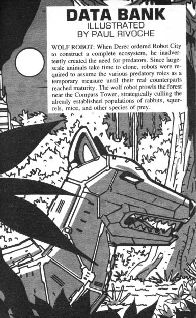 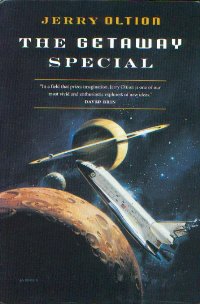 The Getaway Special
A Nebula Award-winning author presents a powerful novel of intergalatic travel, allies from another world, and a mad scientist that follows Allen Meisner, a member of INSANE (International Network of Scientists Against Nuclear Extermination) who develops a powerful hyperdrive engine that is used to save humanity. The beginning of this books was written as a short story and published in Analog Science Fiction and Facts magazine in April 1985. The complete book was first published in 2001.