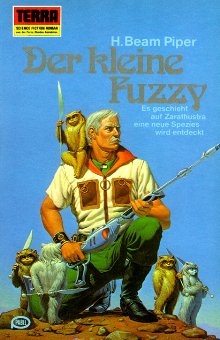 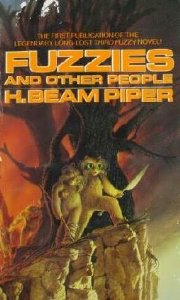 Fuzzies and Other People

Fuzzies and Other People
Third part of classical series started with Little Fuzzy. This book was was first published in 1984, long after author’s death in 1964. 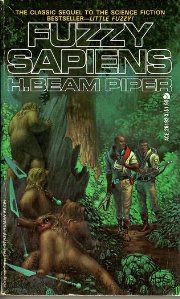 Fuzzy Sapiens
The classic sequel to the science fiction bestseller, Little Fuzzy. Also published as The Other Human Race. 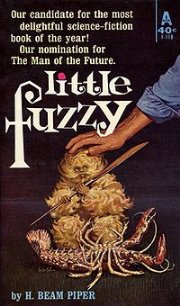 Little Fuzzy
The chartered Zarathustra Company had it all their way. Their charter was for a Class III uninhabited planet, which Zarathustra was, and it meant they owned the planet lock stock and barrel. They exploited it, developed it and reaped the huge profits from it without interference from the Colonial Government. Then Jack Holloway, a sunstone prospector, appeared on the scene with his family of Fuzzies and the passionate conviction that they were not cute animals but little people. Nominated for Hugo Award for Best Novel in 1963. 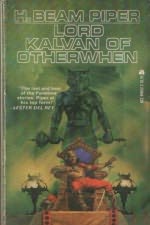