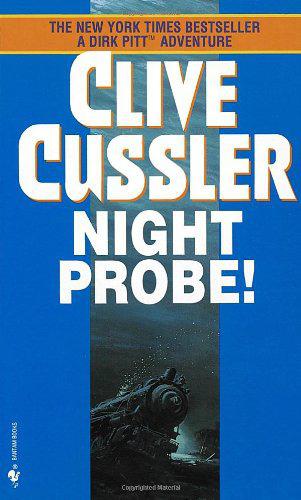 Clive Cussler
Cussler's most dazzling bestseller. Dirk Pitt's most dangerous adventure. ****Dirk Pitt proved invincible in *Raise the Titanic!* Now, with the future of virtually every person in the world at stake, he is enlisted to spearhead his most daring mission yet—the rescue of a vital document for the United States. To an energy-starved, economically devastated America, possession of this document is worth billions. But to Great Britain, it’s worth a war. Pitt’s quest plunges him into a head-to-head confrontation with Britian’s most cunning secret agent—and into the throes of a torrid love triangle. As time runs out for a desperate America, Dirk Pitt races toward an underwater clash more terrifying than anything Clive Cussler has ever created—the breathtaking climax of **Night Probe!****