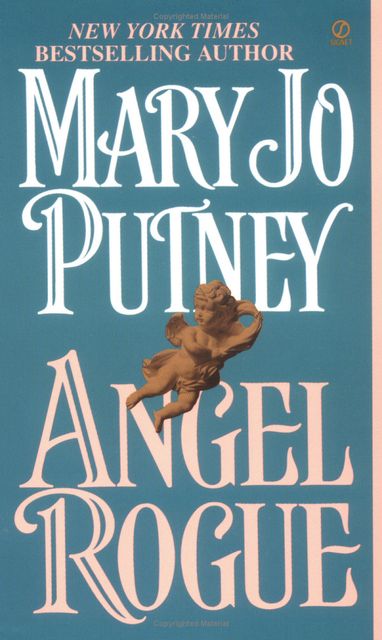 Angel Rogue
Lord Robert Andreville, a master spy with the face of a fallen angel and a darkly heroic past, crosses Regency England with a half-Mohawk beauty. As they evade pursuers and circle each other in a dance of desire, their idyll is shattered by dark secrets. Only love has the power to heal the past. 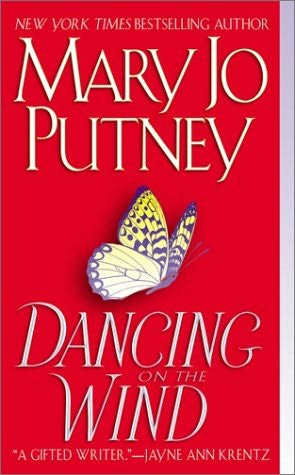 Dancing on the Wind

Dancing on the Wind
A tragic past has driven Lord Strathmore to use his formidable talents to protect his country from secret enemies, and he does it superlatively well - until he meets a mysterious woman. By turns glamorous and subdued, reckless yet vulnerable, she baffles his mind even as she captures his heart. 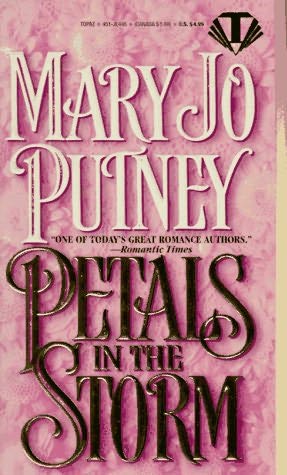 Petals in the Storm

Petals in the Storm
Set in opulent 19th-century France, here is the epic tale of Rafael Whitbourne, the Duke of Candover, and beautiful spy Countess Magda Janos. United to uncover a court assassination, Rafael is shocked to learn that Magda is a woman he loved 15 years before and had thought dead. 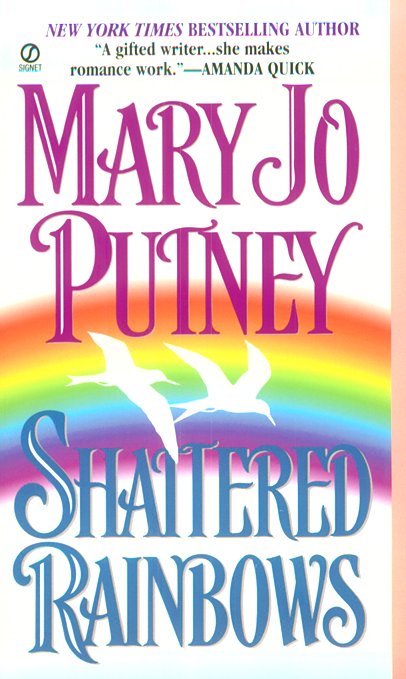 Shattered Rainbows
Catherine had saved Lord Michael Kenyon on the battlefields of Europe. Now, she is standing in his London drawing room asking him to pretend to be her mate. Catherine is in line to inherit a title, an ancient home, and heritage--if she arrives on the Island of Skoal with her husband, who unbeknownst to Michael is dead. 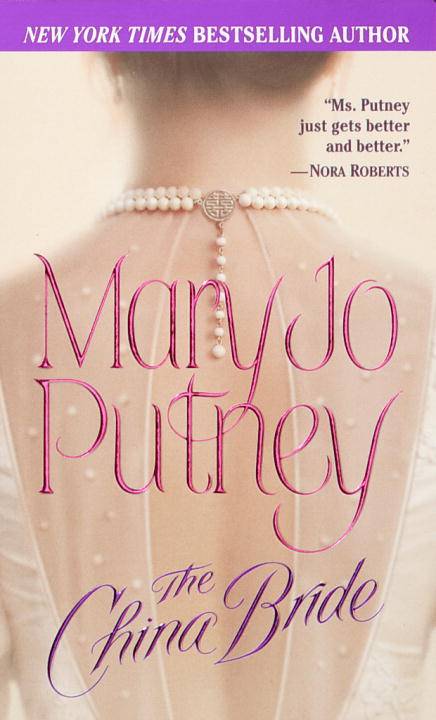 The China Bride
From Publishers Weekly Nineteenth-century China, England and Scotland are the settings for Putney's continuing saga of the Renbourne twins, Dominic and Kyle, begun in The Wild Child. There, Kyle handed over his unwanted betrothed, Meriel (a match arranged at birth), to his twin brother, Dominic, and escaped to Spain with his terminally ill mistress, Constancia. Ever since his true love's death, Kyle has been exploring the world. In 1832, he is in Macao. His father's health is failing, however, and Kyle plans to fulfill his lifelong dream of seeing the Temple of Hoshan, "an image of peace and unearthly beauty," then return to England to resume his duties as Lord Maxwell. Unfortunately, China is closed to all Fan-qui (foreigners) and Kyle must stay within the confines of the Canton Settlement, a narrow strip of warehouses serving as shipping point for all European and American trade companies. In order to sneak into the Chinese countryside, Kyle enlists the aid of Jin Kang, who he thinks is a young male Chinese interpreter. Jin is actually Troth Mei-Lian Montgomery, feisty daughter of a Scottish trader and Chinese concubine, who is forced to make her living by spying on "foreign devils." Kyle's rash escapade is predictably unsuccessful, as he is discovered and sentenced to death. He marries Troth (symbolically) and dispatches her to England to tell his family of his fateAwhich, of course, turns out to be different from what she imagines. In chapters alternating between Troth's experiences in England and flashbacks to her adventures with Kyle in China, Putney contrives an awkward tale, dependant for its drama on Kyle's belief that he can never love again, and on Troth's fear of rejection by Kyle's family. Though the conflict rarely grips, the sex scenes are adequately steamy, and Putney provides plenty of atmospheric details. From Library Journal Picking up the story of the "irresponsible twin" from The Wild Child (LJ 8/99), Putney's latest historical sweeps its adventure-seeking hero to the other side of the globe and into the narrow, conflicted life of Troth Mei-Lian Montgomery, an orphaned Eurasian daughter of a Scottish trader, with dangerous, passionate, and life-changing results. A master at creating unusual, sympathetic characters in compelling relational situations, Putney takes a woman caught between two worlds and a British peer who has vowed never to marry again and sends them on a forbidden journey that not only challenges their preconceptions about life and each other but eventually brings them love as well. Smoothly integrated references to the ancient practices of tai chi, feng shui, and wing chun add interest and authenticity to this highly sensual, emotionally involving romance, which also addresses a number of women's and ethnic issues still relevant today. This elegantly written work is sure to join Putney's earlier novels in most library romance collections. Putney is a best-selling RITA Award winner and lives in Baltimore. *** Award-winning author Mary Jo Putney captivated the hearts of readers everywhere with her breathtaking debut, The Wild Child. Now, in her new novel, The China Bride, she has created another fiercely moving love story and another endearing heroine – a rare beauty torn between two cultures who valiantly struggles to discover the woman she is destined to be. Born to a Scottish father, Troth Montgomery, betrothed to her life as a concubine, never imagined she would one day leave the Orient to arrive at the English estate of a stranger – the brother of the man who had briefly been her husband. Kyle Renbourne, Viscount of Maxwell, had taken Troth as his bride shortly before his apparent execution in a Chinese prison. Now, as his widow, she is entitled to the home she always dreamed of but remains haunted by the memory of a dashing husband and the brief, forbidden love they shared. But then Kyle Renbourne is seemingly reborn, though his mind and body are badly wounded. Together, Troth and Kyle embark on a miraculous journey of hope, faith, and struggle against a deadly menace that has followed them halfway across the world. "She squeezed his hand, and in her grip he felt the pulse of her chi. Pure and bright, it glowed with a compassion that warmed the depths of his darkness… He felt scalded, melted, transformed." Written with elegance and gentle passion, The China Bride is a stirring tale of lasting love and the power of forgiveness told by a master storyteller. 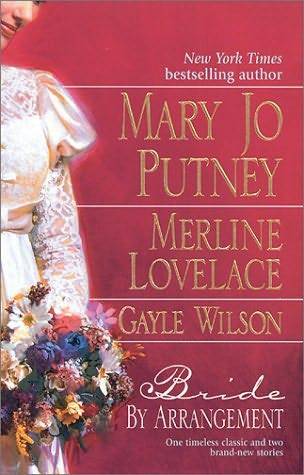 Wedding of the Century

Wedding of the Century
Stunningly beautiful, extraordinarily wealthy and sold to the highest bidder for the price of a dukedom-Sarah Vangelder wanted more than just a bartered marriage!