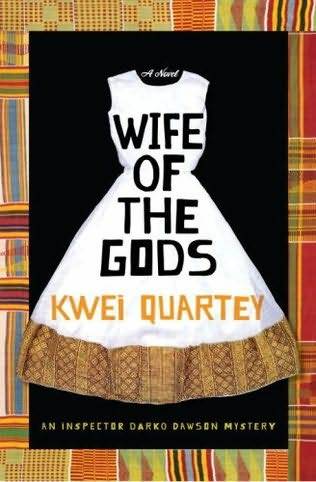 Wife of the Gods

Wife of the Gods
For fans of Alexander McCall Smith, a debut mystery set in West Africa that introduces a marvelous detective and a culturally rich community Detective Inspector Darko Dawson, a good family man and a remarkably intuitive sleuth, is sent to the village of Ketanu – the site of his mother's disappearance many years ago – to solve the murder of an accomplished young AIDS worker. While battling his own anger issues and concerns for his ailing son, Darko explores the motivations and secrets of the residents of Ketanu. It soon becomes clear that in addition to solving a recent murder, he is about to unravel the shocking truth about his mother's disappearance. Kwei Quartey's sparkling debut novel introduces readers to a rich cast of characters, including the Trokosi – young women called Wives of the Gods – who, in order to bring good fortune to their families, are sent to live with fetish priests. Set in Ghana, with the action moving back and forth between the capital city of Accra and a small village in the Volta Region, Wife of the Gods brings the culture and beauty of its setting brilliantly to life.