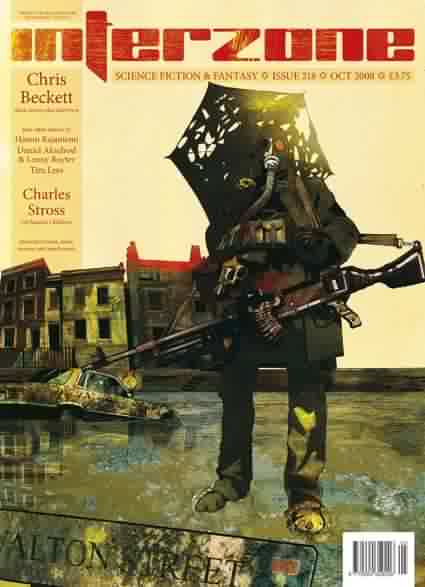 His Master’s Voice
This is a story about a cat and a dog and their undying devotion to their human master. It doesn’t have anything in common with the family films you have seen. It is a masterpiece you have to listen to. Cat with armor in the city of the dead. Dog chase after the Cat and a story told with epic esoteric language. The master was a god. The dog and the cat learn the master’s words from the small animal in their dreams and set out on a mission to rescue their master. The story is fantastic and make you interested in more, the world is a singularity one where humans have evolved and can make copies of their own minds. Unrestricted copy led to the creation of Plurals some of which evolved to transhuman civilizations out among the stars. Now human law limit every human to one copy at a time. The master breaks the law and is sentenced to a virtual prison. It’s from there the animals have to rescue him. The language in the story is poetic and it sounds fantastic coming from someone not born to the language. The story hints on things that might be in Hannu’s upcoming novel. There is a war going on among the stars and its there the small animal are going, to the Big Dogs. The story is also amusing and fun imagine the dog become a musician to earn money and the cat had a gladiator career that lasted a while. 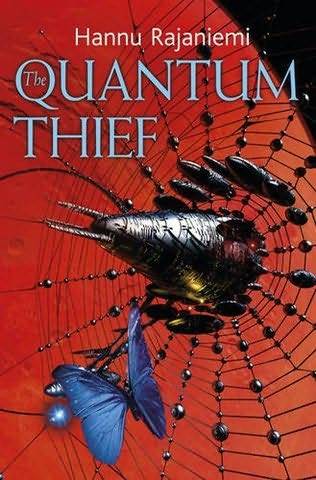 The Quantum Thief
Jean le Flambeur is a post-human criminal, mind burglar, confidence artist and trickster. His origins are shrouded in mystery, but his exploits are known throughout the Heterarchy – from breaking into the vast Zeusbrains of the Inner System to steal their thoughts, to stealing rare Earth antiques from the aristocrats of the Moving Cities of Mars. Except that Jean made one mistake. Now he is condemned to play endless variations of a game-theoretic riddle in the vast virtual jail of the Axelrod Archons – the Dilemma Prison – against countless copies of himself. Jean's routine of death, defection and cooperation is upset by the arrival of Mieli and her spidership, Perhonen. She offers him a chance to win back his freedom and the powers of his old self – in exchange for finishing the one heist he never quite managed… The Quantum Thief is a dazzling hard SF novel set in the solar system of the far future – a heist novel peopled by bizarre post-humans but powered by very human motives of betrayal, revenge and jealousy. It is a stunning debut.