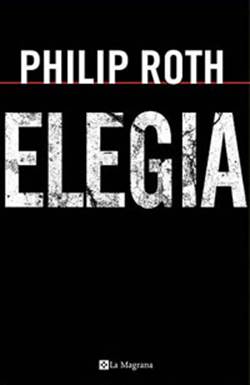 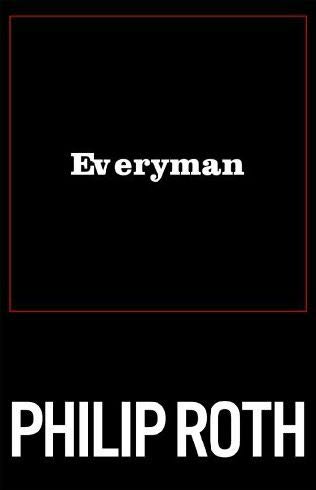 Everyman
"I'm thirty-four! Worry about oblivion, he told himself, when you're seventy-five." Philip Roth's new novel is a fiercely intimate yet universal story of loss, regret, and stoicism. The best-selling author of The Plot Against America now turns his attention from "one family's harrowing encounter with history" (New York Times) to one man's lifelong confrontation with mortality. Roth's everyman is a hero whose youthful sense of independence and confidence begins to be challenged when illness commences its attack in middle age. A successful commercial advertising artist, he is the father of two sons who despise him and a daughter who adores him. He is the brother of a good man whose physical well-being comes to arouse his bitter envy. He is the lonely ex-husband of three very different women with whom he has made a mess of marriage. Inevitably, he discovers that he has become what he does not want to be. Roth has been hailed as "the most compelling of living writers… [His] every book is like a dispatch from the deepest recesses of the national mind." In Everyman, Roth once again displays his hallmark incisiveness. From his first glimpse of death on the idyllic beaches of his childhood summers, through his vigorous, seemingly invincible prime, Roth's hero is a man bewildered not only by his own decline but by the unimaginable deaths of his contemporaries and those he has loved. The terrain of this haunting novel is the human body. Its subject is the common experience that terrifies us all. 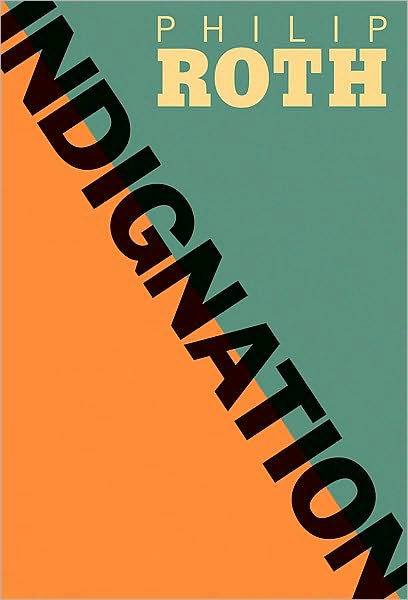 Indignation
Against the backdrop of the Korean War, a young man faces life’s unimagined chances and terrifying consequences. It is 1951 in America, the second year of the Korean War. A studious, law-abiding, intense youngster from Newark, New Jersey, Marcus Messner, is beginning his sophomore year on the pastoral, conservative campus of Ohio’s Winesburg College. And why is he there and not at the local college in Newark where he originally enrolled? Because his father, the sturdy, hard-working neighborhood butcher, seems to have gone mad — mad with fear and apprehension of the dangers of adult life, the dangers of the world, the dangers he sees in every corner for his beloved boy. As the long-suffering, desperately harassed mother tells her son, the father’s fear arises from love and pride. Perhaps, but it produces too much anger in Marcus for him to endure living with his parents any longer. He leaves them and, far from Newark, in the midwestern college, has to find his way amid the customs and constrictions of another American world. 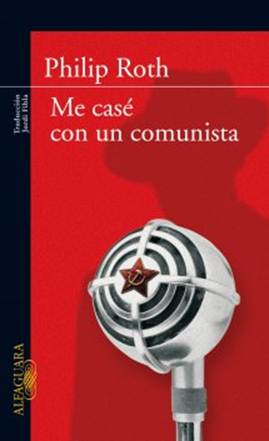 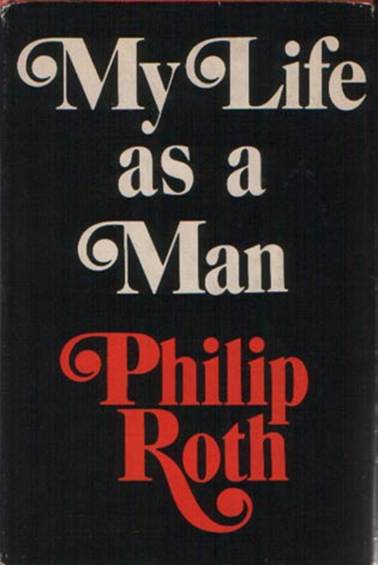 My Life As A Man

My Life As A Man
A young novelist's obsession with proving his manhood is transferred to his fiction and echoed in his tempestuous marriage. 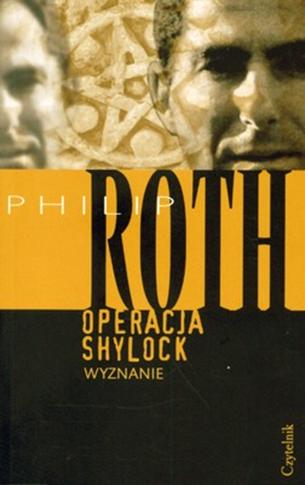 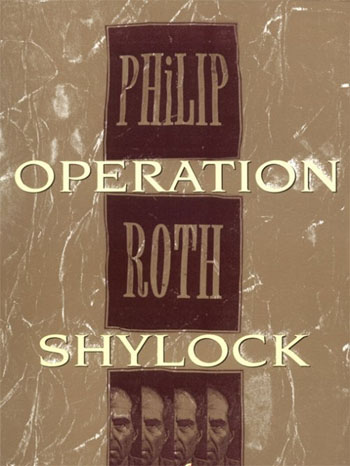 Operation Shylock
In this fiendishly imaginative book (which may or may not be fiction), Philip Roth meets a man who may or may not be Philip Roth. Because someone with that name has been touring Israel, promoting a bizarre reverse exodus of the Jews. Roth is intent on stopping him, even if that means impersonating his own impersonator. With excruciating suspense, unfettered philosophical speculation, and a cast of characters that includes Israeli intelligence agents, Palestinian exiles, an accused war criminal, and an enticing charter member of an organization called Anti-Semites Anonymous, Operation Shylock barrels across the frontier between fact and fiction, seriousness and high comedy, history and nightmare. 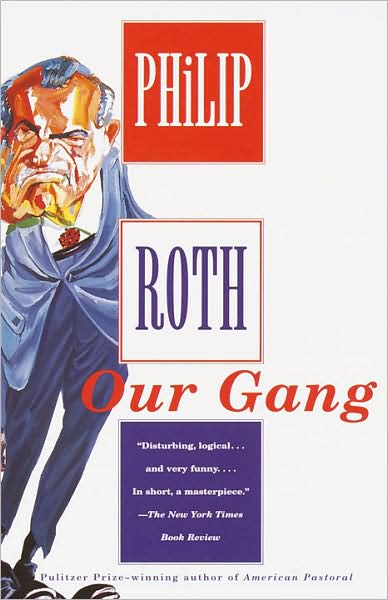 Our Gang
A ferocious political satire in the great tradition, Our Gang is Philip Roth’s brilliantly indignant response to the phenomenon of Richard M. Nixon. In the character of Trick E. Dixon, Roth shows us a man who outdoes the severest cynic, a peace-loving Quaker and believer in the sanctity of human life who doesn’t have a problem with killing unarmed women and children in self-defense. A master politician with an honest sneer, he finds himself battling the Boy Scouts, declaring war on Pro-Pornography Denmark, all the time trusting in the basic indifference of the voting public. 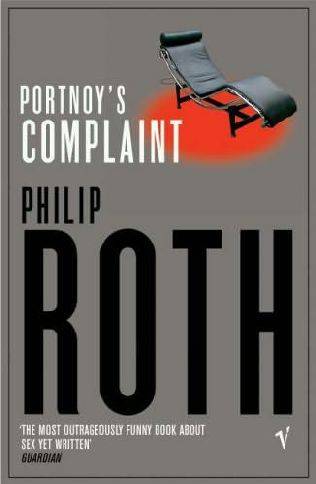 Portnoy’s Complaint
"Touching as well as hilariously lewd…Roth is vibrantly talented…as marvelous a mimic and fantasist as has been produced by the most verbal group in human history." Alfred Kazin, New York Review of Books "Deliciously funny…absurd and exuberant, wild and uproarious…a brilliantly vivid reading experience." The New York Times Book Review "Roth is the bravest writer in the United States. He's morally brave, he's politically brave. And Portnoy is part of that bravery." Cynthia Ozick, Newsday "Simply one of the two or three funniest works in American fiction." Chicago Sun-Times Portnoy’s Complaint, a long monologue narrated by a young Jewish man while in analysis, is prefaced by a definition of “Portnoy’s Complaint” as a disorder in which “strongly felt ethical and altruistic impulses are perpetually warring with extreme sexual longings, often of a perverse nature.” The book focuses on Portnoy’s parents, his endless adolescent experimentation with masturbation, his youthful sexual encounters with girls, his varied sexual experiences with a model named Monkey, and his pilgrimage to Israel -all of which are punctuated by frequently obscene outcries against the guilt he feels for his sexual obsessions. Roth, who has defended himself and the book many times, claims it is full of dirty words because Portnoy wants to be free: “I wanted to raise obscenity to the level of a subject.” The book became a cause célèbre in 1969, commented on by social critics and stand-up comedians alike. Most objections to it came from Jewish groups and rabbis who called it “anti-Semitic” and “self-hating” and protested against libraries that put it on their shelves. It was seized in Australia in 1970 and 1971 by Melbourne officials, who filed obscenity charges against it and the bookseller who sold it. 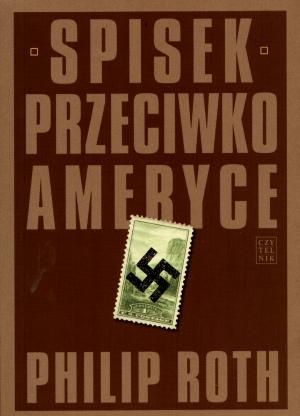 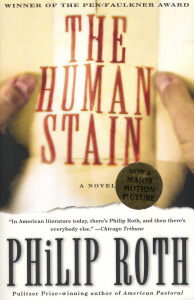 The Human Stain
Athena College was snoozing complacently in the Berkshires until Coleman Silk — formerly “Silky Silk,” undefeated welterweight pro boxer — strode in and shook the place awake. This faculty dean sacked the deadwood, made lots of hot new hires, including Yale-spawned literary-theory wunderkind Delphine Roux, and pissed off so many people for so many decades that now, in 1998, they've all turned on him. Silk's character assassination is partly owing to what the novel's narrator, Nathan Zuckerman, calls “the Devil of the Little Place — the gossip, the jealousy, the acrimony, the boredom, the lies.” But shocking, intensely dramatized events precipitate Silk's crisis. He remarks of two students who never showed up for class, “Do they exist or are they spooks?” They turn out to be black, and lodge a bogus charge of racism exploited by his enemies. Then, at 71, Viagra catapults Silk into “the perpetual state of emergency that is sexual intoxication,” and he ignites an affair with an illiterate janitor, Faunia Farley, 34. She's got a sharp sensibility, “the laugh of a barmaid who keeps a baseball bat at her feet in case of trouble,” and a melancholy voluptuousness. “I'm back in the tornado,” Silk exults. His campus persecutors burn him for it — and his main betrayer is Delphine Roux. In a short space, it's tough to convey the gale-force quality of Silk's rants, or the odd effect of Zuckerman's narration, alternately retrospective and torrentially in the moment. The flashbacks to Silk's youth in New Jersey are just as important as his turbulent forced retirement, because it turns out that for his entire adult life, Silk has been covering up the fact that he is a black man. (If this seems implausible, consider that the famous New York Times book critic Anatole Broyard did the same thing.) Young Silk rejects both the racism that bars him from Woolworth's counter and the Negro solidarity of Howard University. “Neither the they of Woolworth's nor the we of Howard” is for Coleman Silk. “Instead the raw I with all its agility. Self-discovery — that was the punch to the labonz.... Self-knowledge but concealed. What is as powerful as that?” Silk's contradictions power a great Philip Roth novel, but he's not the only character who packs a punch. Faunia, brutally abused by her Vietnam vet husband (a sketchy guy who seems to have wandered in from a lesser Russell Banks novel), scarred by the death of her kids, is one of Roth's best female characters ever. The self-serving Delphine Roux is intriguingly (and convincingly) nutty, and any number of minor characters pop in, mouth off, kick ass, and vanish, leaving a vivid sense of human passion and perversity behind. You might call it a stain. 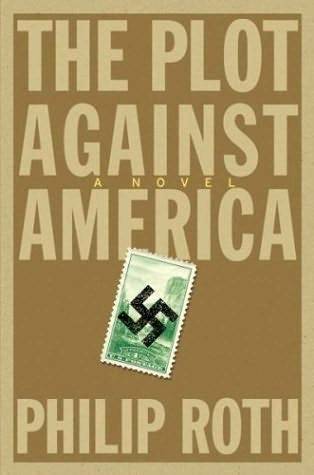 The Plot Against America

The Plot Against America
When the renowned aviation hero and rabid isolationist Charles A. Lindbergh defeated Franklin Roosevelt by a landslide in the 1940 presidential election, fear invaded every Jewish household in America. Not only had Lindbergh, in a nationwide radio address, publicly blamed the Jews for selfishly pushing America towards a pointless war with Nazi Germany, but, upon taking office as the 33rd president of the United States, he negotiated a cordial 'understanding' with Adolf Hitler, whose conquest of Europe and whose virulent anti-Semitic policies he appeared to accept without difficulty. What then followed in America is the historical setting for this startling new novel by Pulitzer-prize winner Philip Roth, who recounts what it was like for his Newark family – and for a million such families all over the country – during the menacing years of the Lindbergh presidency, when American citizens who happened to be Jews had every reason to expect the worst. 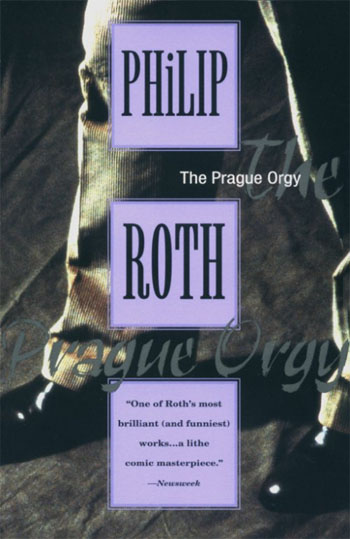