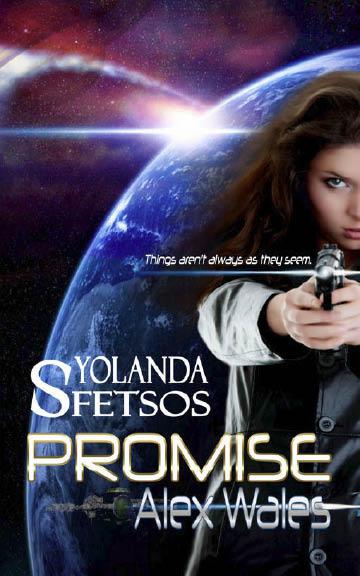 Things aren't always as they seem.

After Alex Wales crash lands on a planet that doesn't even show up on her navigational map and her ship is damaged, all she wants to do is get help and leave the planet as soon as she can. She's got something to deliver and time is running out. Instead, she stumbles onto a very alluring man who takes her to his village-a seemingly utopian society led by a Priestess.

Stuck on this planet with no way of getting off, Alex finds herself drawn to the alluring Damon. But when locals start turning up dead after being mauled and eaten by some sort of monster, she's thrust into the middle of the investigation.

As the layers of the mystery slowly unravel, Alex and Damon find themselves facing their pasts, and the many lies woven around the planet of Eden.