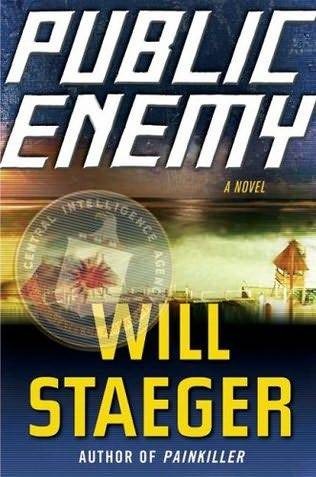 After a slow start, Staeger's solid second novel to feature semiretired CIA agent W. Cooper (after 2005's Painkiller) turns into a riveting and timely story revolving around a biological weapons threat. While Cooper explores a botched smuggling job involving stolen Mayan gold artifacts in the Virgin Islands that results in many deaths, Benjamin Achar, a package delivery-company driver, deliberately blows himself up in his garage near Fort Myers, Fla. The explosion releases a deadly virus that kills more than 100 people within two weeks. Enter CIA agent Julie Laramie to investigate the explosion and develop a team to track down other possible sleeper cells. Laramie recruits a reluctant Cooper, her former lover and partner, to assist, even as he continues to look into the killings related to the stolen Mayan artifacts. Superior characterization, in particular the relationship between Laramie and Cooper, which never stops the action, and clear, crisp writing make for a well-above-average thriller.