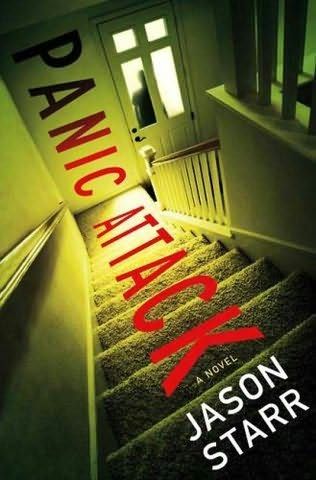 Panic Attack
Dr. Adam Bloom has the perfect life. He's financially secure and lives in a luxurious house with his wife, Dana, and their twentytwo- year-old daughter, Marissa, a recent college graduate. Late one night, his daughter wakes him up and says, 'Somebody's downstairs.' Adam uses his gun to kill one of the unarmed intruders, but the other escapes. From that moment on, everyone's life in the Bloom household will never be the same. Adam doesn't feel safe, not with the other intruder out there somewhere, knowing where he lives. Dana suggests moving but Adam has lived in the house all his life and he doesn't want to run away. As the family recovers from the break-in and the Bloom's already rocky relationship rapidly falls apart, Marissa meets a young, talented artist named Xan. Adam feels that something's not quite right with Xan, but his daughter ignores his warnings and falls ever deeper in love with him. When suspicious things start happening to the Blooms all over again, Adam realizes that his first instinct about Xan was probably dead on. With Panic Attack, Jason Starr is at his best, crafting a harrowing page-turner that will blow readers away. 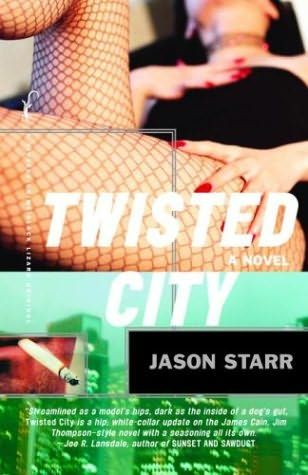 Twisted City
David Miller is in a funk. He recently slumped down the journalistic food chain from the Wall Street Journal to a finance rag called Manhattan Business. The reason for Miller's fall: his unhealthy obsession with his sister only increased after she died of cancer. In addition, the young reporter lost his friends after rejecting their prescient assessment of his girlfriend as "psychotic"-and she's repaid his loyalty by partying the nights away with another man. So when Miller's lost wallet leads to a shakedown by a junkie hooker, he figures it's just another bad episode in the bleak sitcom of his life. But then the hooker's jealous boyfriend dies, potentially putting Miller on the hook for a murder rap. Flames licking at his heels, Miller grimly soldiers through a squalid story that takes on his flattened affect as it navigates the usual sordid twists and dares readers to give a damn. It's the literary equivalent of a Big Mac or Snickers bar: satisfying to devour but immediately forgotten-save for a familiar pang of guilt about straying from healthier fare.