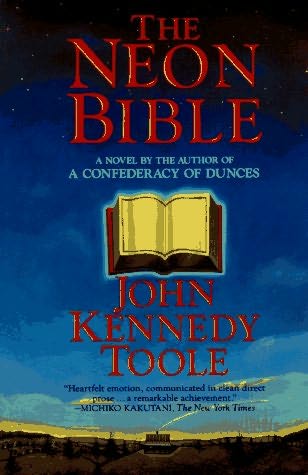 The Neon Bible
JOHN KENNEDY TOOLE -- who won a posthumous Pulitzer Prize for his best-selling comic masterpiece A Confederacy of Dunces -- wrote The Neon Bible for a literary contest at the age of sixteen. The manuscript languished in a drawer and became the subject of a legal battle among Toole's heirs. It was only in 1989, thirty-five years after it was written and twenty years after Toole's suicide at thirty-one, that this amazingly accomplished and evocative novel was freed for publication. The Neon Bible tells the story of David, a young boy growing up in a small Southern town in the 1940s. David's voice is perfectly calibrated, disarmingly funny, sad, shrewd, gathering force from page to page with an emotional directness that never lapses into sentimentality. Through it we share his awkward, painful, universally recognizable encounter with first love, we participate in boy evangelist Bobbie Lee Taylor's revival, we meet the pious, bigoted townspeople. From the opening lines of The Neon Bible, David is fully alive, naive yet sharply observant, drawing us into his world through the sure artistry of John Kennedy Toole. 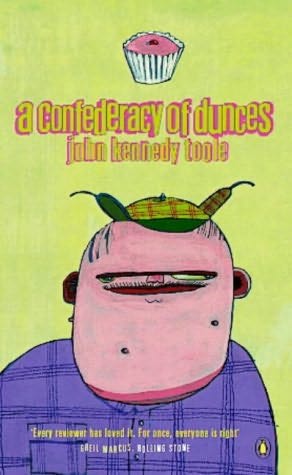 A Confederacy of Dunces

A Confederacy of Dunces
A monument to sloth, rant and contempt, and suspicious of anything modern - this is Ignatius J. Reilly of New Orleans, crusader against dunces. In revolt against the 20th century, Ignatius propels his bulk among the flesh-pots of a fallen city, documenting life on his Big Chief tablets as he goes, until his mother decrees that Ignatius must work.