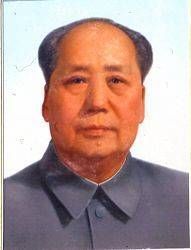 The Little Red Book chinese
During China's Great Cultural Revolution from 1966 to 1976, the famous "Little Red Book", officially known as Quotations of Chairman Mao Zedong, was a must-have item for the Chinese. It is estimated that during those years altogether 5 billion copies of the collected Mao sayings were printed, which came in 500 different editions and 50 languages. Back then, the total world population was about 3 billion. So there was more than one and half a copy of the little red book for every inhabitant on earth.