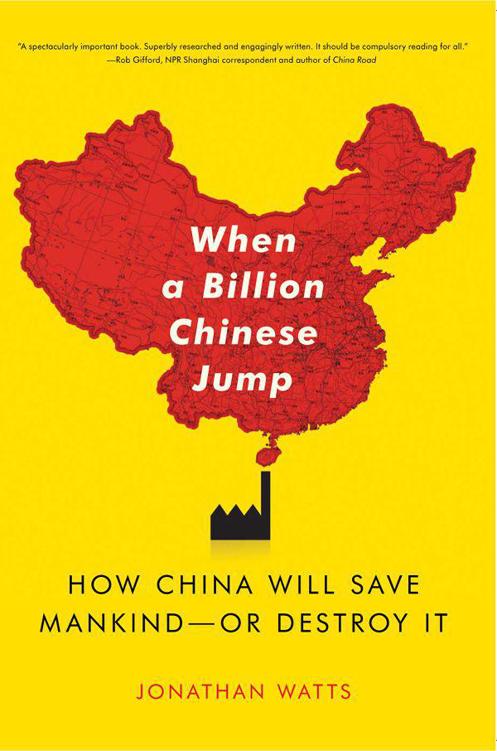 When a Billion Chinese Jump

When a Billion Chinese Jump
When a Billion Chinese Jump is a road journey into the future of our species. Traveling from the mountains of Tibet to the deserts of Inner Mongolia via the Silk Road, tiger farms, cancer villages, weather-modifying bases, and eco-cities, Watts chronicles the environmental impact of economic growth with a series of gripping stories from the country on the front line of global development. He talks to nomads and philosophers, entrepreneurs and scientists, rural farmers and urban consumers, examining how individuals are trying to adapt to one of the most spectacular bursts of change in human history, then poses a question that will affect all of our lives: Can China find a new way forward or is this giant nation doomed to magnify the mistakes that have already taken humanity to the brink of disaster? From Publishers Weekly Asian environmental correspondent for the Guardian, Watts travels to the four corners of China, from the southwest Himalayan region, rebranded as “Shangri-la” to attract tourists, to Xanadu (Shangdu) in Inner Mongolia, exploring how Beijing is balancing economic growth with sustainability and whether China will “emerge as the world’s first green superpower” or tip our species “over the environmental precipice.” What he finds is both hopeful and disturbing. Wildlife refuges, rather than focusing on biodiversity, breed animals for meat and traditional remedies like black bear bile. The city of Ordos plans to build a huge wind farm and solar plant, but these benefits are offset by its coal-liquification mine, “an environmentalist's worst nightmare” of greenhouse gases and water exploitation. The Chinese dictatorship, envied by other nations for its ability to enact environmental changes without the slow democratic process, turns out to be ineffective, with power lying with developers and local bureaucracies. Readers interested in global warming will appreciate the firsthand information about China, and Watts’s travels are so extensive and China is changing so fast, some material is likely to be fresh and new even for Sinologists. From Booklist Starred Review Watts, an environmental correspondent for the Guardian, moved to Beijing in 2003 and found himself in the midst of an environmental crisis. Traveling through the vast land, Watts witnessed the toll that dams and railways take on the mountains of Tibet, and took part in an expedition to locate the last of a dwindling dolphin species known as the baiji, which was declared extinct after the search failed to turn up even a single one. He saw where Western waste—everything from computer hard drives to hotel welcome mats—piled up to be recycled in Guangdong and witnessed the suffering of people afflicted with cancer and AIDS in overcrowded Henan province. This stands in stark contrast to the luxuries of modernized cities, such as Shanghai, or even industrial villages like Huaxi, where citizens enjoy higher standards of living, in exchange for handing their paper wealth over to the authorities. Watts also meets forward-looking thinkers, such as Li Can, a professor working on solar power. Watts’ comprehensive, revealing study is eye-opening, not only for the way it illuminates how China’s population growth and rapid modernization affect the environment, but also for its exposure of the way Western waste contributes to the problem. —Kristine Huntley

Hillcrest v. Velikovsky
Lacey Hillcrest of Pensacola, 50 years old and a devout Pentecostal, had been diagnosed with inoperable lymphatic cancer and given six months to live. Five years later she was still alive. She attributed her survival to a decorative silver-plated cross received from her sister, Gracey Balfour. On the morning of 27 June, Mrs Hillcrest and her sister patronized the Museum of Quackery and Pseudoscience, owned and managed by one Linus C. Velikovsky, where she got to know about placebo. Within a month she was dead. The charge against Mr Velikovsky was negligent homicide. 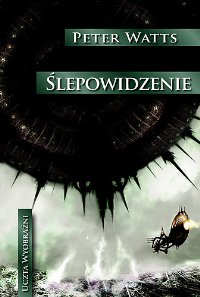 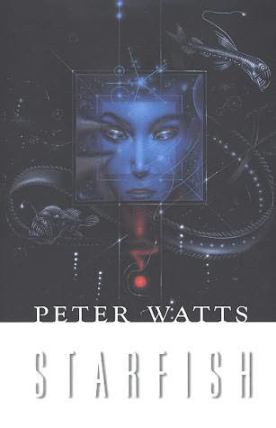 Starfish
A story of the not-too-distant future, and the exploitation of the geothermal resources of the deep Juan de Fuca Rift in the Pacific by multinational corporations. Unfortunately, all the volunteers who are surgically altered for employment at the bottom of the ocean are psychotic.