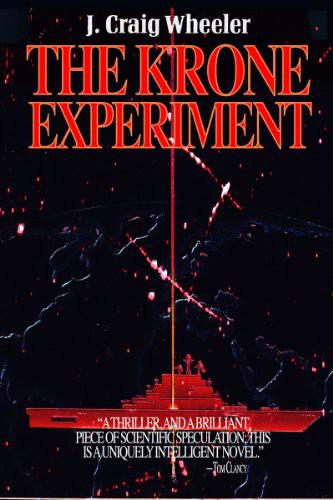 The Krone Experiment
This techno-thriller novel is set at the time of the break-up of the Soviet Union, yet reflects today’s headlines. Damage to a Russian aircraft carrier leads to a breakdown in the detente with the United States. Star wars erupt as the two countries invoke space-based weapons in a deadly face off in orbit. Robert Issacs, Deputy Director of Scientific Intelligence for the CIA, and his top aide, Dr. Patricia Danielson, connect the carrier damage with a mysterious seismic signal. Thwarted by internal CIA politics, they put their careers at risk to engage in an unauthorized consultation with Jason, the secret group of physicists who consult for the government. Astrophysicist Alex Runyan advances a fantastic theory that triggers a race for the truth before the conflict with Russia can spin out of control. The quest leads to the New Mexico laboratory of Paul Krone. The true danger dwarfs that posed by the international crisis. Bonus links to historical background material are provided at the end of the book. The Krone saga continues in the sequel, Krone Ascending, also available for Kindle.