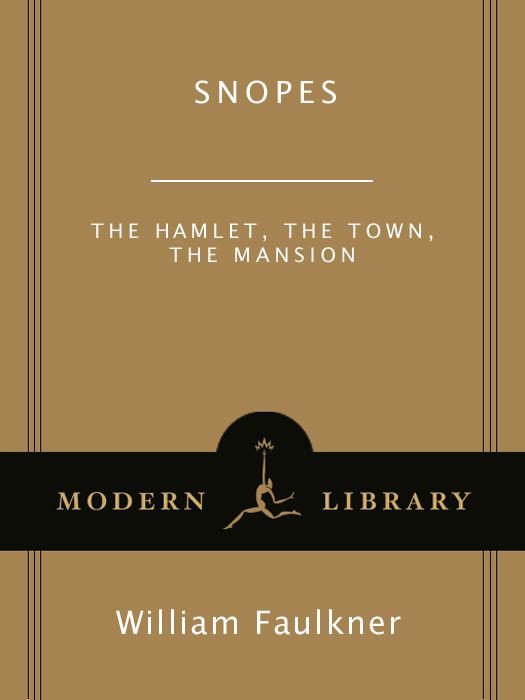 Snopes: The Hamlet, The Town, The Mansion

Snopes: The Hamlet, The Town, The Mansion
Here, published in a single volume as Faulkner always hoped they would be, are the three novels that comprise the famous Snopes trilogy, a saga that stands as perhaps the greatest feat of Faulkner’s imagination. The Hamlet, the first book of the series chronicling the advent and rise of the grasping Snopes family in mythical Yoknapatawpha County, is a work that Cleanth Brooks called “one of the richest novels in the Faulkner canon.” It recounts how the wily, cunning Flem Snopes dominates the rural community of Frenchman’s Bend—and claims the voluptuous Eula Varner as his bride. The Town, the second novel, records Flem’s ruthless struggle to take over the county seat of Jefferson, Mississippi. Finally, The Mansion tells of Mink Snopes, whose archaic sense of honor brings about the downfall of his cousin Flem. “For all his concerns with the South, Faulkner was actually seeking out the nature of man,” noted Ralph Ellison. “Thus we must turn to him for that continuity of moral purpose which made for the greatness of our classics.”