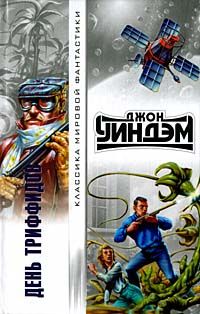 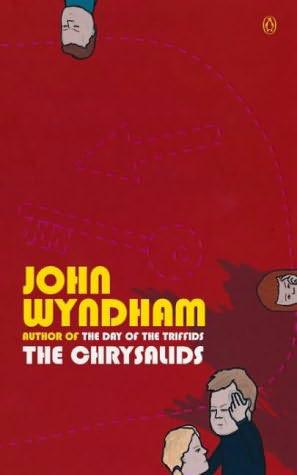 The Chrysalids
The Chyrsalids is set in the future after a devastating global nuclear war. David, the young hero of the novel, lives in a tight-knit community of religious and genetic fundamentalists, always on the alert for any deviation from the norm of God’s creation. Abnormal plants are publicly burned, with much singing of hymns. Abnormal humans (who are not really human) are also condemned to destruction—unless they succeed in fleeing to the Fringes, that Wild Country where, as the authorities say, nothing is reliable and the devil does his work. David grows up ringed by admonitions: KEEP PURE THE STOCK OF THE LORD; WATCH THOU FOR THE MUTANT. At first he does not question. Then, however, he realizes that the he too is out of the ordinary, in possession of a power that could doom him to death or introduce him to a new, hitherto unimagined world of freedom. The Chrysalids is a perfectly conceived and constructed work form the classic era of science fiction, a Voltairean philosophical tale that has as much resonance in our own day, when religious and scientific dogmatism are both on the march, as when it was written during the cold war. Review “One of the most thoughtful post-apocalypse novels ever written. Wyndham was a true English visionary, a William Blake with a science doctorate.” — David Mitchell “Sometimes you just need a bit of soft-core sci-fi, and Wyndham’s 1950’s classic, newly back in print, fully delivers.” — Thicket Magazine “It is quite simply a page-turner, maintaining suspense to the very end and vividly conjuring the circumstances of a crippled and menacing world, and of the fear and sense of betrayal that pervade it. The ending, a salvation of an extremely dubious sort, leaves the reader pondering how truly ephemeral our version of civilization is…” — The Boston Globe “[Wyndham] was responsible for a series of eerily terrifying tales of destroyed civilisations; created several of the twentieth century's most imaginative monsters; and wrote a handful of novels that are rightly regarded as modern classics.” — The Observer (London) “Science fiction always tells you more about the present than the future. John Wyndham's classroom favourite might be set in some desolate landscape still to come, but it is rooted in the concerns of the mid-1950s. Published in 1955, it's a novel driven by the twin anxieties of the cold war and the atomic bomb… Fifty years on, when our enemy has changed and our fear of nuclear catastrophe has subsided, his analysis of our tribal instinct is as pertinent as ever.” — The Guardian (London) “[A]bsolutely and completely brilliant…The Chrysalids is a top-notch piece of sci-fi that should be enjoyed for generations yet to come.” — The Ottawa Citizen “John Wyndham’s novel The Chrysalids is a famous example of 1950s Cold War science fiction, but its portrait of a community driven to authoritarian madness by its overwhelming fear of difference - in this case, of genetic mutations in the aftermath of nuclear war—finds its echoes in every society.” — The Scotsman “The Chrysalids comes heart-wrenchingly close to being John Wyndham's most powerful and profound work.” — SFReview.net “Re-Birth (The Chrysalids) was one of the first science fiction novels I read as a youth, and several times tempted me to take a piggy census. Returning to it now, more than 30 years later, I find that I remember vast parts of it with perfect clarity… a book to kindle the joy of reading science fiction.” — SciFi.com “A remarkably tender story of a post-nuclear childhood… It has, of course, always seemed a classic to most of its three generations of readers…It has become part of a canon of good books.” — The Guardian, September 15, 2000 Review Perfect timing, astringent humour… One of the few authors whose compulsive readability is a compliment to the intelligence Spectator Remains fresh and disturbing in an entirely unexpected way Guardian 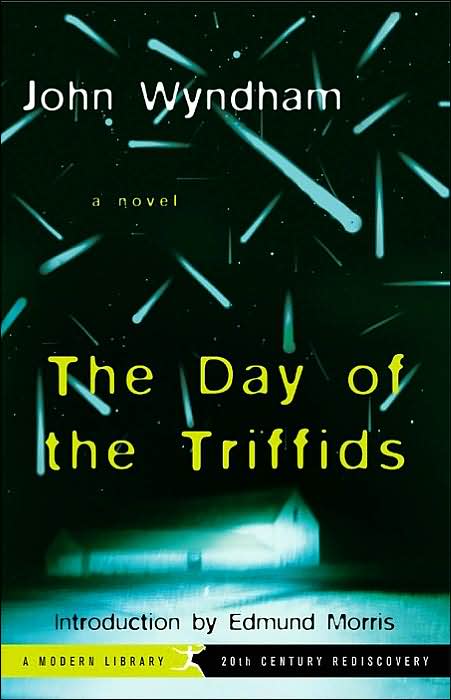 The Day Of The Triffids

The Day Of The Triffids
Bill Masen, bandages over his wounded eyes, misses the most spectacular meteorite shower England has ever seen. Removing his bandages the next morning, he finds masses of sightless people wandering the city. He soon meets Josella, another lucky person who has retained her sight, and together they leave the city, aware that the safe, familiar world they knew a mere twenty-four hours before is gone forever. But to survive in this post-apocalyptic world, one must survive the Triffids, strange plants that years before began appearing all over the world. The Triffids can grow to over seven feet tall, pull their roots from the ground to walk, and kill a man with one quick lash of their poisonous stingers. With society in shambles, they are now posed to prey on humankind. Wyndham chillingly anticipates bio-warfare and mass destruction, fifty years before their realization, in this prescient account of Cold War paranoia.

The Midwich Cuckoos
Cuckoos lay eggs in other birds' nests. The clutch that was fathered on the quiet little village of Midwich, one night in September, proved to possess a monstrous will of its own. Imt promised to make the human race look as dated as the dinosaur. An SF classic, almost immediately turned into a movie (1960) and remade later by famous John Carpenter (Village of the Damned, 1995), is a fine example of Wyndham's brilliiant prose. An SF roadmark and A MUST for all SF lovers!