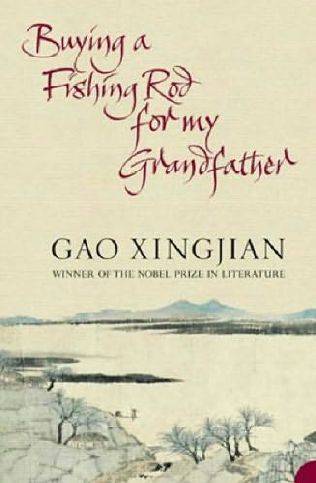 Buying a Fishing Rod for my Grandfather

Buying a Fishing Rod for my Grandfather
From China 's first-ever winner of the Nobel Prize for Literature comes an exquisite new book of fictions, none of which has ever been published before in English. A young couple on honeymoon visit a beautiful temple up in the mountains, and spend the day intoxicated by the tranquillity of the setting; a swimmer is paralysed by a sudden cramp and finds himself stranded far out to sea on a cold autumn day; a man reminisces about his beloved grandfather, who used to make his own fishing rods from lengths of crooked bamboo straightened over a fire! Blending the crisp immediacy of the present moment with the soft afterglow of memory and nostalgia, these stories hum with simplicity and wisdom – and will delight anyone who loved Gao's bestselling novels, Soul Mountain and One Man's Bible. *** These six stories by Nobel Prize winner Gao Xingjian transport the reader to moments where the fragility of love and life, and the haunting power of memory, are beautifully unveiled. In "The Temple," the narrator's acute and mysterious anxiety overshadows the delirious happiness of an outing with his new wife on their honeymoon. In "The Cramp," a man narrowly escapes drowning in the sea, only to find that no one even noticed his absence. In the title story, the narrator attempts to relieve his homesickness only to find that he is lost in a labyrinth of childhood memories. Everywhere in this collection are powerful psychological portraits of characters whose unarticulated hopes and fears betray the never-ending presence of the past in their present lives. *** "Beautiful… Suffused with the melancholy of nostalgia." – Milwaukee Journal Sentinel "[Gao's] narrators walk as if in a dream through a private landscape of memory and sensation." – Boston Globe "Precisely detailed and delicately suggestive: the best work of Gao's yet to appear in English translation." – Kirkus Reviews "Beautiful." – Village Voice "These spare, evocative pieces… offer a sample of Nobel-winner Gao's sharp, poetic early work." – Publishers Weekly "Observant… For variety of content, stylistic experimentation, graceful language, and poignant insight, Xingjian is a writer who does it all beautifully." – Booklist 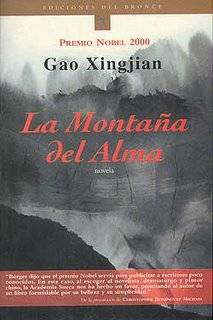 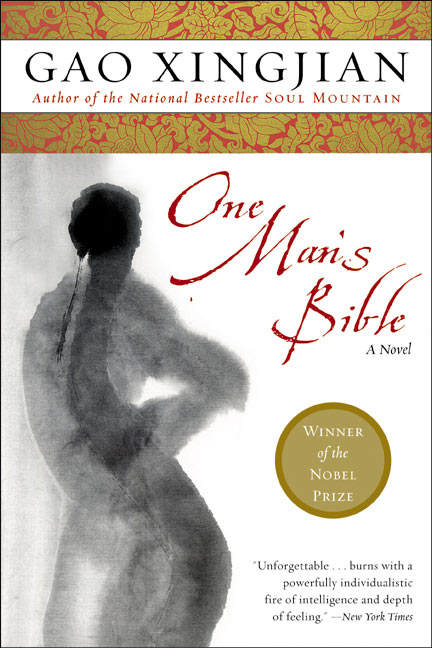 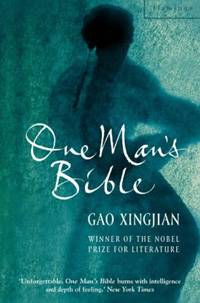 One Man's Bible (chinese)
One Man's Bible is the second novel by Nobel Prize-winning author Gao Xingjian to appear in English. Following on the heels of his highly praised Soul Mountain , this later work is as candid as the first, and written with the same grace and beauty.\ In a Hong Kong hotel room in 1996, Gao Xingjian's lover, Marguerite, stirs up his memories of childhood and early adult life under the shadow of Mao Zedong and the Cultural Revolution. Gao has been living in self-imposed exile in France and has traveled to this Western-influenced Chinese city-state, so close to his homeland, for the staging of one of his plays. What follows is a fictionalized account of Gao Xingjian's life under the Communist regime. Whether in "beehive" offices in Beijing or in isolated rural towns, daily life is riddled with paranoia and fear, as revolutionaries, counterrevolutionaries, reactionaries, counterreactionaries, and government propaganda turn citizens against one another. It is a place where a single sentence spoken ten years earlier can make one an enemy of the state. Gao evokes the spiritual torture of political and intellectual repression in graphic detail, including the heartbreaking betrayals he suffers in his relationships with women and men alike. One Man's Bible is a profound meditation on the essence of writing, on exile, on the effects of political oppression on the human spirit, and on how the human spirit can triumph. *** "Admirable dramatic intensity… valuable for its vivid piecemeal picture of 20th-century China 's culture of revisionist egoism, paranoia and repression." – Kirkus Reviews "Unforgettable… One Man's Bible burns with a powerfully individualistic fire of intelligence and depth of feeling." – New York Times "A remarkable achievement." – Christian Science Monitor "One Man's Bible… has come to claim its place as a powerful narrative… of the Cultural Revolution's insidious, corrosive terror." – New York Times Book Review "Captivating… a beautifully stirring account of life in an era of political oppression…[One Man's Bible] is an important book," – Fort Worth Star-Telegram "[Gao] paints a stark, unforgiving picture of the results of Mao's regime and of the Cultural Revolution." – Denver Post "If the hallmark of a good novel is its ability to transport the reader, willing or not, into unfamiliar or uncomfortable territory, then this novel is a success." – Denver Post 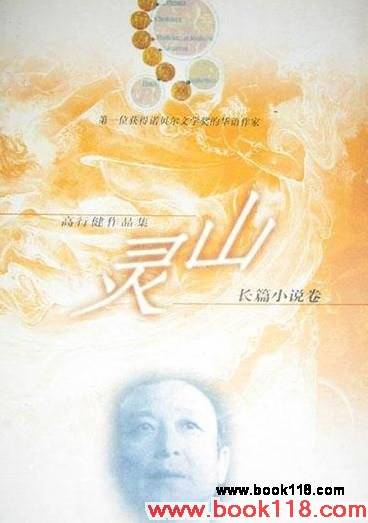 Soul Mountain (chinese)
"Soul Mountain is one of those singular literary creations that seem impossible to compare with anything but themselves… In the writing of Gao Xingjian literature is born anew from the struggle of the individual to survive the history of the masses." – from the citation of the Nobel Prize committee of the Swedish Academy When this year's Nobel Prize for Literature was awarded to Chinese expatriate novelist and playwright Gao Xingjian, few in the English-speaking West were familiar with his work. Gao's masterpiece, SOUL MOUNTAIN (PerfectBound, an e-book from HarperCollins; February 20, 2001; $19.95), is a dazzling kaleidoscope of fiction, philosophy, history and fable. Elegantly translated by Australian sinologist Mabel Lee, this richly textured autobiographical novel recounts a dual journey-a literal journey into the heart of China and a spiritual journey of the self. When Gao was 43, he was incorrectly diagnosed with lung cancer. Resigned to death by the same means that had claimed his father just a few years before, Gao spent six weeks indulging his appetites and reading philosophy. The spot on Gao's lung mysteriously disappeared, but a new threat arose when rumors began to circulate that he was to be sent to a prison farm because of his controversial writings. No longer facing imminent death, the writer quickly left Beijing and disappeared into the remote forest regions of Sichuan, then spent five months wandering along the Yangtze River from its source down to the coast. Gao's 15,000 kilometer sojourn forms the geographic parameters of the fictional journey in SOUL MOUNTAIN. While on a train at the start of his trip, the writer protagonist meets another traveler who says he is going to Lingshan, "soul mountain," which can be found by the remote source of the You River. The writer has never heard of such a place, and he resolves to go there, but his fellow traveler can give him none but the vaguest directions. Thus begins a metaphoric odyssey into the hinterlands of China and the outlying Qiang, Miao and Yi districts that dangle on the fringes of Han Chinese civilization. The writer is in search of the traditions that are hidden in rural China, and as he travels he encounters a parade of unforgettable characters who embody both vestiges of the past-Daoist masters, Buddhist monks, ancient calligraphers-and the modern culture that has surfaced since the revolution: small town communist cadres, budding entrepreneurs, independent young girls grappling with parochial repression. The two worlds exist uneasily as one, with stories and customs from centuries past colliding with a world of televisions, automobiles, and technology. All is permeated by the dark legacy of the Cultural Revolution, the encroachment of ecological damage, and the harsh monetary realities of everyday life in contemporary China. SOUL MOUNTAIN is a dazzling work of the imagination, where classic fables merge with tales of modern cruelty and ancient philosophy does battle with existentialism. But Gao goes deeper still as he explores notions of the devastation of the self at the hands of social expectations. He continually shifts his narrative voice as the "I" of the writer becomes the "you" of an imagined companion, then the "she" of a woman companion. Yet all reflects back on the protagonist, who craves these two seemingly contradictory ends-the solitude necessary for nurturing the self and the anxiety-provoking warmth of human society. Gao began this novel in the mid-eighties, then carried the manuscript with him when he fled China in 1987. Now living in Paris, he completed the book there in 1989. His writings continue to be banned in his native country. As Gao's work at last gains the public's attention here in the West, SOUL MOUNTAIN provides a dazzling introduction to the achievement of one of contemporary literature's acknowledged masters.