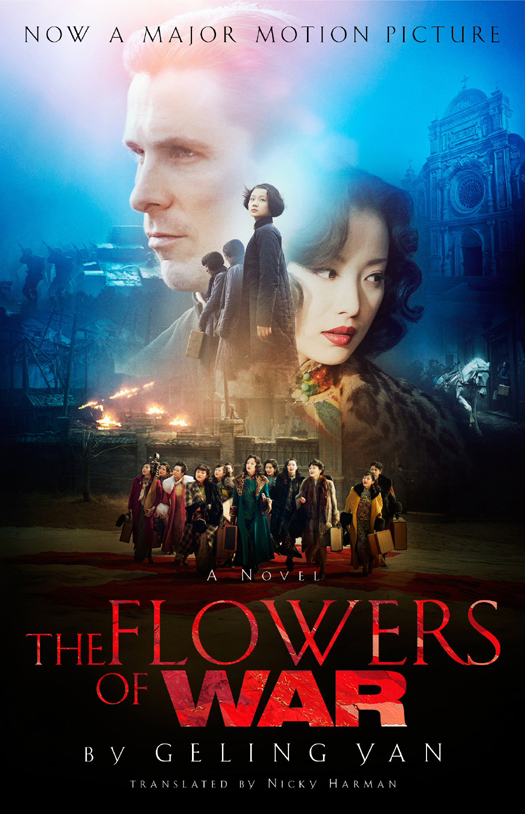 The Flowers of War

The Flowers of War
It is December 1937 and the Japanese Imperial Army has just entered Nanking. Unable to reach the Safety Zone in Pokou, a group of schoolgirls are hiding out in the compound of the St. Mary Magdalene mission. They are looked after by Father Engelmann, an American priest who has made China his home for many years. The church is supposed to be neutral ground in the war between China and Japan, but eyewitness reports from the outside make it clear the Japanese are not obeying the international rules of engagement. As the soldiers pour through the streets of Nanking, committing unspeakable atrocities on civilians, thirteen Chinese courtesans from a nearby brothel climb over the church compound's walls seeking refuge. Their presence further jeopardizes the children's safety and what happens next will change all of their lives. A haunting, passionate story inspired by true life events during the Nanking Massacre, this novel shows how war challenges our prejudices and that love can flourish amidst death and destruction. The Flowers of War is an unforgettable journey through the depths of the human heart. Review “I have long been a fan of Geling Yan’s fiction for its power to disturb us out of our ordinary worlds… The Flowers of War is [a] riveting tale that touches us at the center of our being.” — Amy Tan, New York Times bestselling author of The Joy Luck Club “I will never forget some of the characters in this short novel for their amazing acceptance of their destiny and their dignity throughout. That [Yan] was able to convey this with so much authority, yet so simply, is testament to [her] splendid talent.” — The Arts Fuse