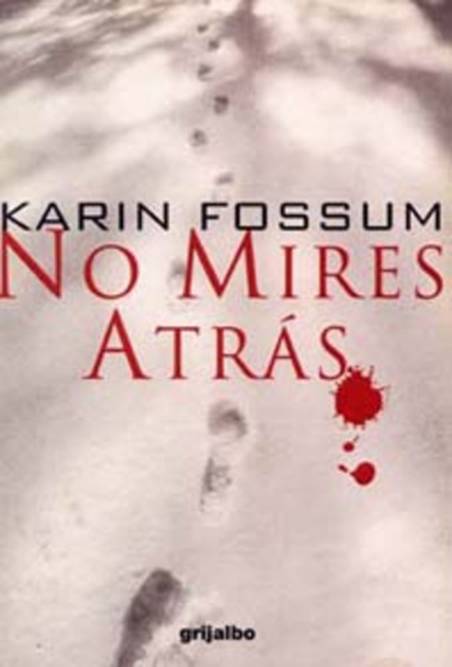 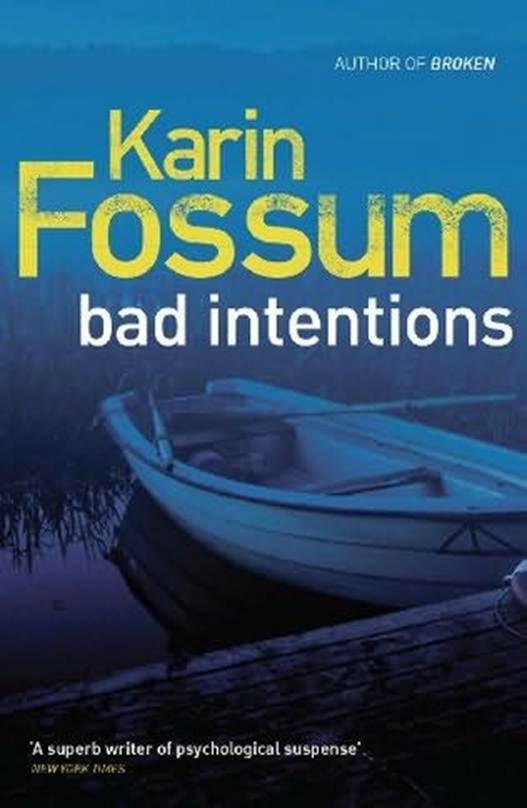 Bad Intentions
Early one September, three friends spend the weekend at a remote cabin by Dead Water Lake. With only a pale moon to light their way, they row across the water in the middle of the night. But only two of them return, and they make a pact not to call for help until the following morning. Inspector Sejer leads the investigation when the body is discovered. He is troubled by the apparent suicide and has an overwhelming sense that the surviving pair has something to hide. Weeks pass without further clues, and then in a nearby lake the body of a teenage boy floats to the surface. 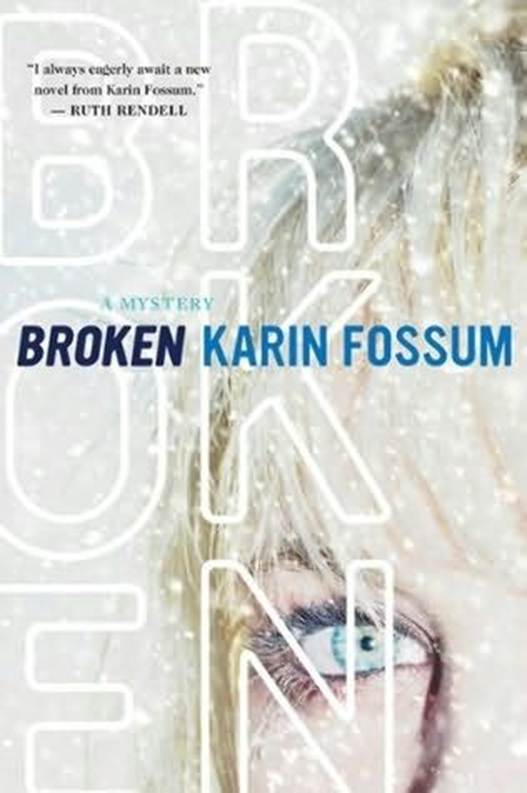 Broken
"I always eagerly await a new novel from Karin Fossum." – Ruth Rendell A gripping novel set on the boundary between fact and fiction. A woman wakes one night to find that a strange man has walked into her bedroom. She lies there in terrified silence unable to move. The woman is an author and the man one of her prospective characters. So desperate is he to have his story told that he has resorted to breaking into her house to make her tell it. She creates Alvar Eide, forty-two years old, single, who works in an art gallery. He lives a quiet, dutiful life, carefully designed to avoid surprises. One winter's day, all this begins to change when an emaciated young heroin addict walks into the gallery. A kind man, Alvar gives her a cup of coffee to warm her up. She returns some weeks later to his place of work, and then one day appears on his doorstep demanding to be let in. Interspersed with the chapters of Alvar's story are his encounters with its author – the frantic attempts of a fictional man trying to control his own destiny. Broken is a gripping novel about the boundary between fact and fiction and the perils of good intentions. 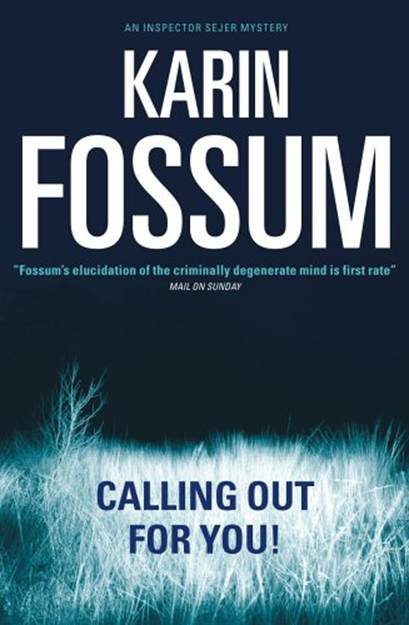 Calling Out For You aka The Indian Bride

Calling Out For You aka The Indian Bride
Dagger Awards (nominee) Inspector Konrad Sejer returns on the trail of a violent killer in small-town Norway. Gunder Jomann, a quiet, middle-aged man from a peaceful Norwegian town, thinks that his life is made complete when he returns from a trip to India a married man. But on the day his Indian bride is due to join him, he is called to the hospital to his sister's bedside. The local taxi driver sent to meet the Indian bride at the airport comes back without her. Then the town is shocked by the news of an Indian woman found bludgeoned to death in a nearby meadow. Inspector Sejer and his colleague Skarre head the murder inquiry, cross-examining the townsfolk and planting seeds of suspicion in a community which has always believed itself to be simple, safe and trusting. For what can only have been an unpremeditated and motiveless act of violence, everyone is guilty until proven innocent. 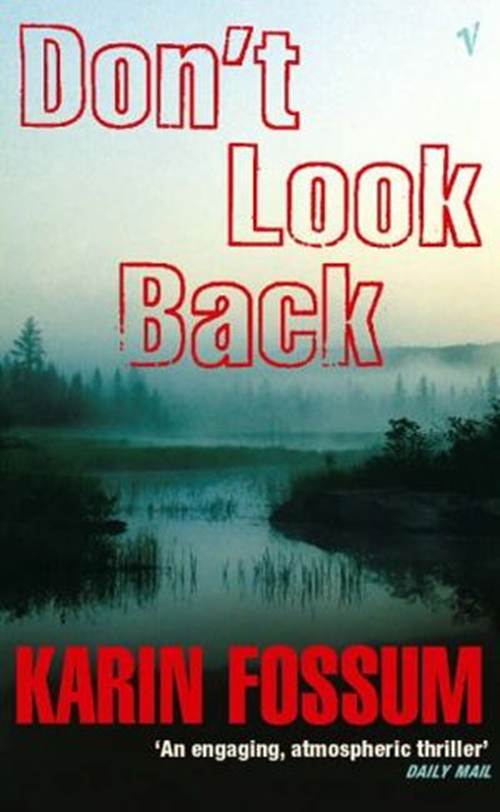 Don't Look Back
Beneath the imposing Kollen Mountain lies a small village where the children run in and out of one another's houses and play unafraid in the streets. But the sleepy village is like a pond through which not enough water runs – beneath the surface it is beginning to stagnate. When a naked body is found by the lake at the top of the mountain, its seeming tranquility is disturbed forever. Enter Inspector Sejer, a tough, no-nonsense policeman whose own life is tinged by sadness. As the suspense builds, and the list of suspects grows, Sejer's determination to discover the truth will lead him to peel away layer upon layer of distrust and lies, in this tiny community where apparently normal family ties hide dark secrets. Critically acclaimed across Europe, Karin Fossum's novels evoke a world that is terrifyingly familiar. Don't Look Back introduces the tough, ethical Inspector Sejer to British readers for the first time. 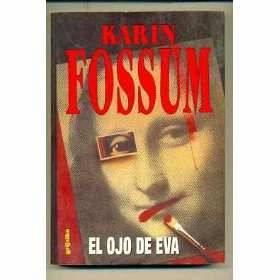 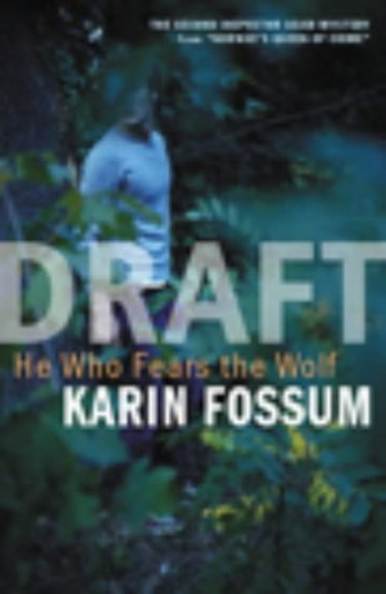 He Who Fears The Wolf

He Who Fears The Wolf
The second Inspector Sejer mystery from "Norway's Queen of Crime". Superb plotting, fresh style and compassionate, detailed treatment of characters have made the Insepctor Sejer Mysteries bestsellers in their native Norway. A twelve-year-old boy runs wildly into his local police station claiming to have seen Halldis Horn's brutally murdered corpse. Errki Johrma, an escaped psychiatric patient and known town misfit, was sighted at the scene disappearing into the woods. The next morning the local bank is robbed at gunpoint. Making his escape the robber takes a hostage and flees and, once again, a suspect takes to the woods. As the felon's plans begin to fall apart he is, in contrast to his quiet hostage, rapidly losing his control and power. Meanwhile the search for Halldis Horn's killer continues. All fingers of suspicion point to Errki – except one. Errki's doctor refuses to believe that he could have committed such an horrific act and, for the first time since his wife's death, the quiet Inspector finds himself intrigued by another woman. Despite all assumptions a lack of concrete evidence holds back the case to convict Errki for murder. But in a novel that will keep you desperate to turn each new page to find out more, Fossum brilliantly ensures that things are rarely as they would at first appear. From the deeply sympathetic policeman to the social outcast of Errki and the bank robber thoroughly unsuited to his profession, Fossum writes from within the minds of her characters with great lucidity… but she never gives too much away. 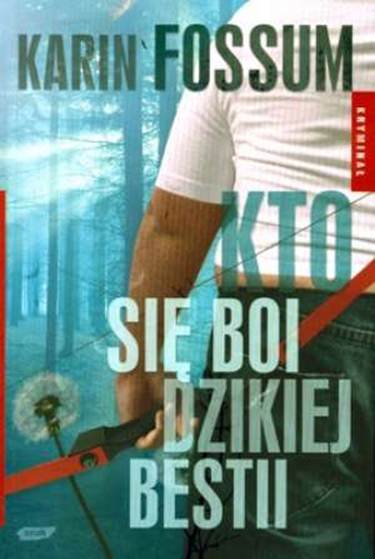 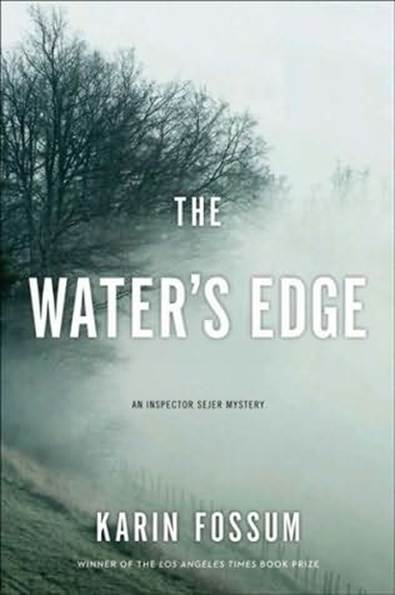 The Water's Edge
A married couple, Reinhardt and Kristine Ris, are out for a Sunday walk when they discover the body of a boy and see the figure of a man limping away. They alert the police, but not before Reinhardt, to Kristine's horror, kneels down and takes photographs of the dead child with his cell phone. Inspectors Konrad Sejer and Jakob Skarre begin to make inquiries in the little town of Solberglia. But then another boy disappears, and an explanation seems more remote than ever. Meanwhile, the Ris's marriage starts to unravel as Reinhardt becomes obsessed with the tragic events and his own part in them. A riveting portrayal of a community – its insiders, its outsiders, its fissures, and its secrets – from Norway's "Queen of Crime," Karin Fossum. 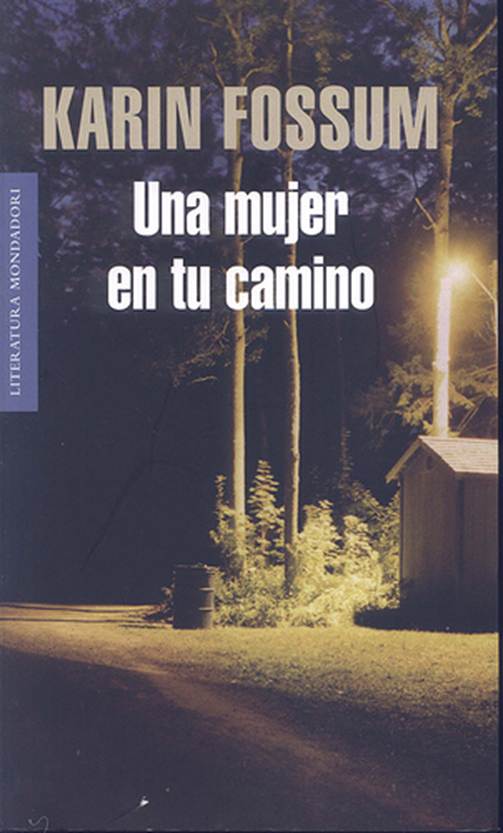 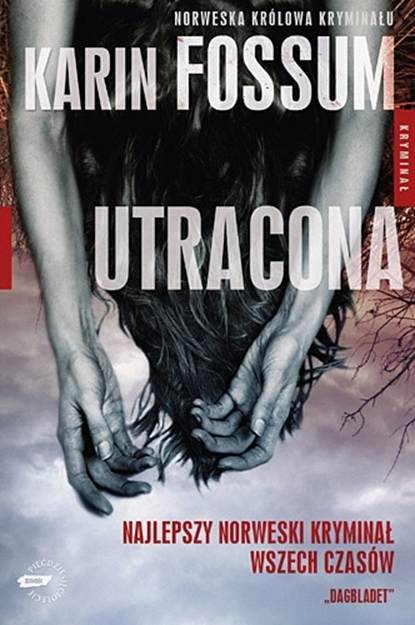 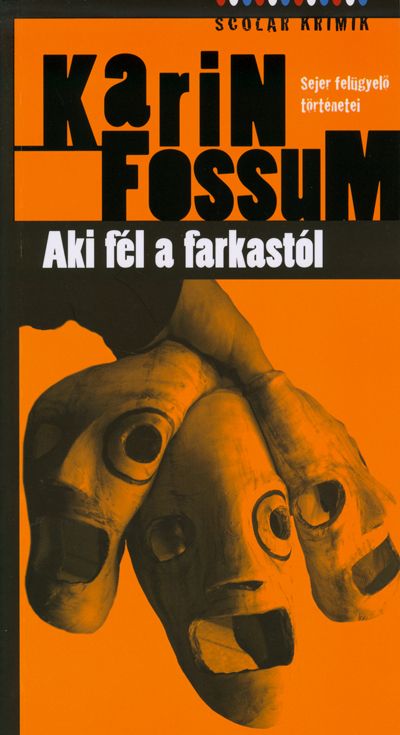