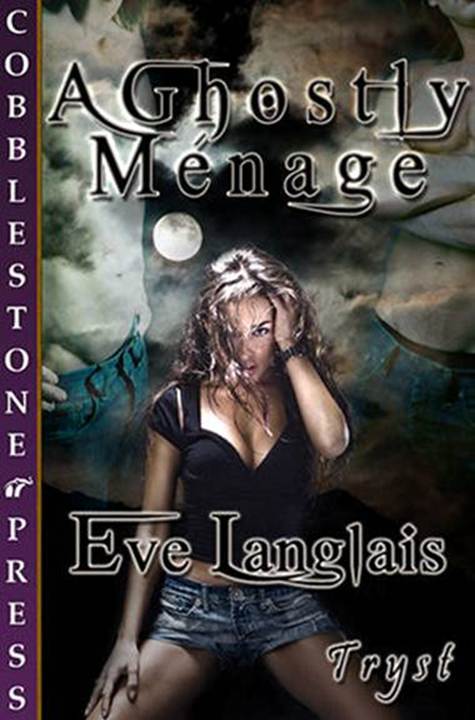 A Ghostly Ménage
Forget ghosts who rattle chains, try living with ones that like to grope. Jenna, desperate for change, buys a repossessed home on a whim. The townsfolk claim it's haunted, but Jenna's pretty sure all it needs is some filler to stop the drafts. But before long, even she has to admit, there's more going on here than the vagaries of an old house. And whatever it is keeps making her panties damp and her dreams hot. Derrick and Mark, werewolf twins, are stuck in their house as disembodied spirits all because of an evil witch. When their fated mate suddenly becomes the new owner, they end up taking haunting to a whole new erotic level. Can Jenna save the alpha brothers and if she does, can she handle a forever after with not one, but two men? 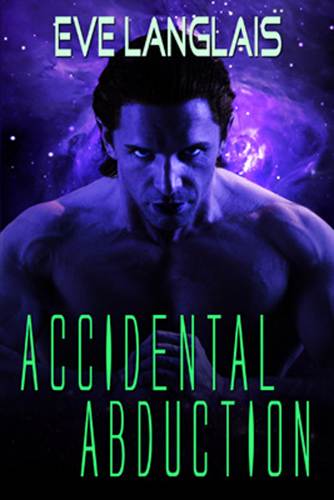 Accidental Abduction
Abducted by a space pirate, she fights the temptation to let him plunder her goods. A boyfriend’s attempted murder leaves Megan floundering in the ocean. Sinking without hope, the bright light she sees in the night sky isn’t her doorway to heaven, but rather the beginning of her accidental abduction by a space pirate. While thankful of his rescue, Megan stays true to form and just can’t keep her mouth shut, even when he keeps threatening to kill her-or auction her off to the highest bidder. Even odder, despite her decision to not get involved with her wickedly hot captor, she can’t help craving his touch. Tren retired from his job as a mercenary so he could enjoy life, but he never counted on the boredom of normalcy. The acquisition of rare items has somewhat filled the void, but his accidental abduction of an outspoken earthling, who doesn’t know when to shut up, turns his life upside. Her fiery spirit draws him while at the same time drives him insane. Struggling with his urges, he must decide- throttle her barbarian neck or ravish her delectably lush body? Despite what his heart tries to tell him, he’s determined to sell her to the highest bidder even as he seduces her body. However, despite his best intentions, he discovers he can’t let her go. And when a foe from his past thinks to steal her, he’ll do anything to get her back. 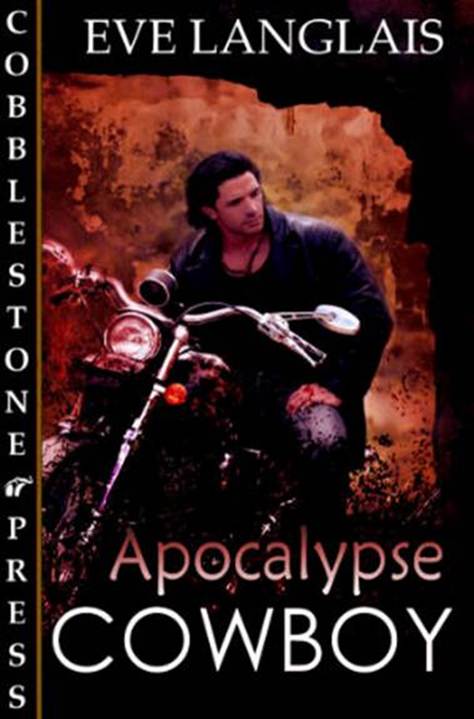 Apocalypse Cowboy
Brody never forgot his first love, the one his pride made him lose. When the world dies almost overnight, he finds himself drawn back to his hometown and the love he left behind. Hannah never thought the expression, ‘Not if you were the last man on earth’ would ever come back to haunt her, but when the world’s population is decimated by a deadly virus, she regrets her words, especially when Brody comes riding back into her life. Against all odds they survived the plague, but will the mistakes of the past continue to tear them apart? 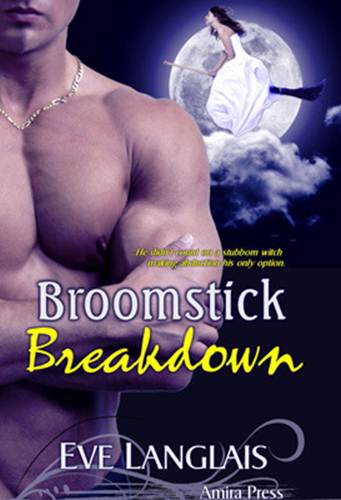 Broomstick Breakdown
Fate works in mysterious ways. Sophia is on her way to her first Halloween gathering for witches when her broomstick breaks down. Luckily, she lands at a garage where a hunky mechanic, after a spell of persuasion, agrees to act as chauffeur. Aidan is more than just a sexy driver though. As a wolf shapeshifter, magic doesn’t affect him, but he’s not immune to the powerful draw of his true mate. Mating should be simple, but he didn’t count on a stubborn witch making abduction his only option. With the factions they belong to discouraging mixed species mating, will they find love like fate intended? 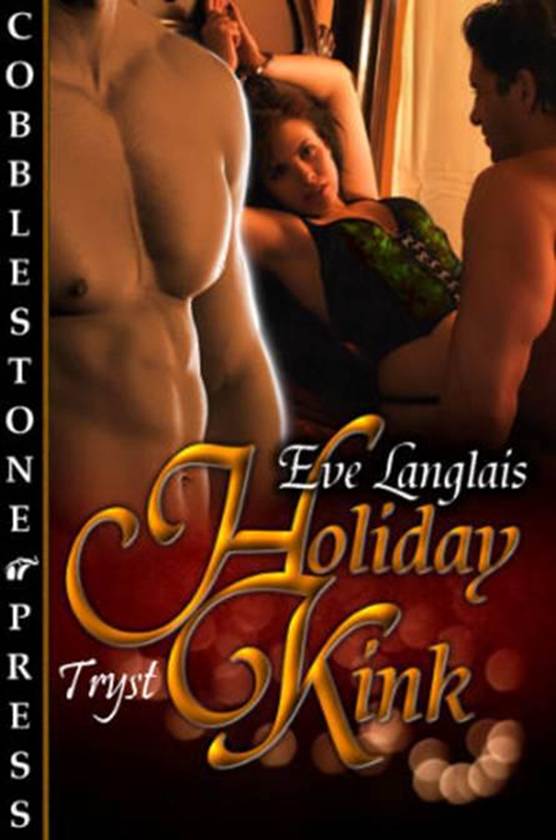 Holiday Kink
All I want for Christmas is for my husband to spank me and more. First though I’d have to tell my best friend and lover of twenty plus years that my sexual desires have changed from vanilla to kinky. But how do you explain to the man who’s always treated you like fragile china that you’d really like him to heat your ass with the palm of his hand? Never underestimate the one you love. This holiday season, my husband is about to surprise me with the greatest gift of all-understanding and fantasy fulfillment. Merry Kinky Christmas to me. 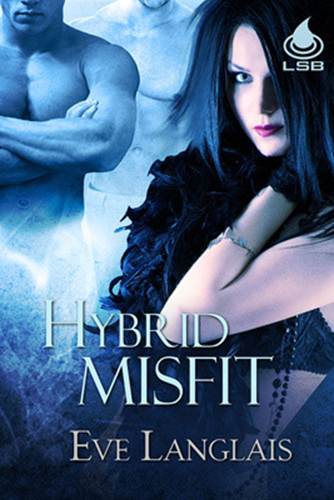 Hybrid Misfit
I lost my humanity in a government experiment, and now find myself hunted because of it. Demons, vampires and even angels-everyone wants a piece of me. I say bring it on and prepare to die, because I intend to fight for my right to live. A chance meeting with a giant shifter and his best friend-an actual genie with a bottle-has evened the odds just as a prophecy involving me increases the danger. But, this Hybrid Misfit isn’t about to give up, and with my lovers supporting me, I will change the world-and discover that two naked men in bed is better than one. 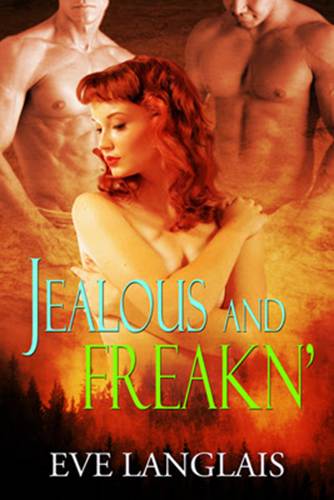 Jealous Freakn’
How can she make him stop thinking of her as a freakn’ sister? Francine’s loved Mitchell, a wolf like herself, since she first set eyes on him back when they were just kids. However, Mitchell’s never seen her as more than another annoying sister. Determined to make him realize she’s all grown up, she enlists the aide of Alejandro, a gorgeous cat shifter. She never counted on wanting them both. Alejandro knows Francine is special from the first moment he meets the fiery plump wolf, which is why he suggests she use him to make Mitchell jealous. A great plan, especially if it means he gets to kiss those luscious lips. One taste, though, and he’s addicted, but how does he make her see past the man she loves to realize she’s also meant to be his mate? For a long time now, Mitchell’s been avoiding Francine, his bratty sister’s friend. However, the little girl he remembers is all grown up, and when he sees her in the arms of another, a need to claim her overrides all his common sense. But, he’s waited too long and fate has decided that he’s going to have to share. Can he bend enough to accept Francine with her other man, or will his freakn’ jealousy send him running? 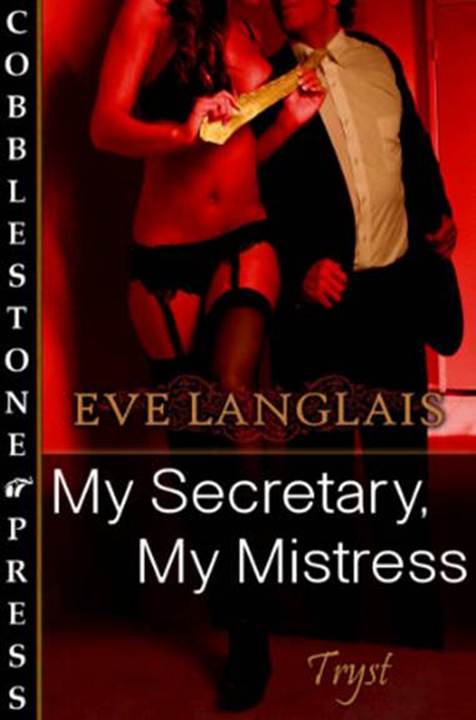 My Secretary, My Mistress

My Secretary, My Mistress
When it comes to pleasure, she's making all the decisions Isabelle and her boss Grant had a one night stand that rocked, but since then he's been avoiding her. Miffed at his behavior, she's determined to bring him to his knees. Drawing upon her dominant and kinky side, she first makes him regret his actions, and then makes him come crawling back for more. But Isabelle is after more than just revenge and sexual satisfaction. The question is, can her boss let go of his inhibitions and let Isabelle take charge? 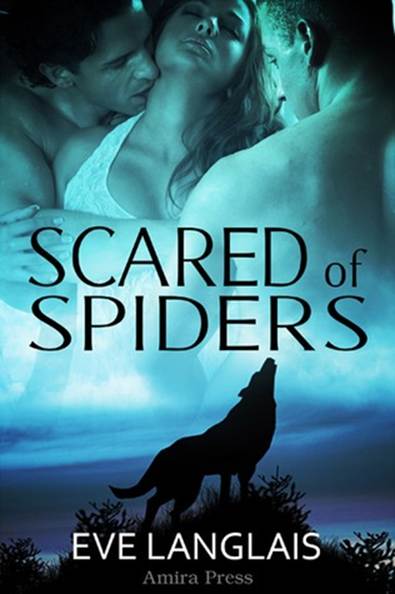 Scared of Spiders
Bring on the bug spray, because to prevail, Josie’s going to have to face her greatest fear. Josie’s not a brave person, and she’s especially scared of spiders. Imagine her surprise when she finds herself attracted to not one, but two, larger than life men. Clint and Brandon both want the timid mouse who’s come to work for them-and their beasts are chafing to mark her-but when she can’t decide between them, there’s only one thing to do-share her. Before they can convince Josie that a threesome would benefit them all, they need to take care of the menace threatening their chosen mate. And when Josie confronts the bogeyman of her nightmares, she discovers an emotion stronger than fear-love. 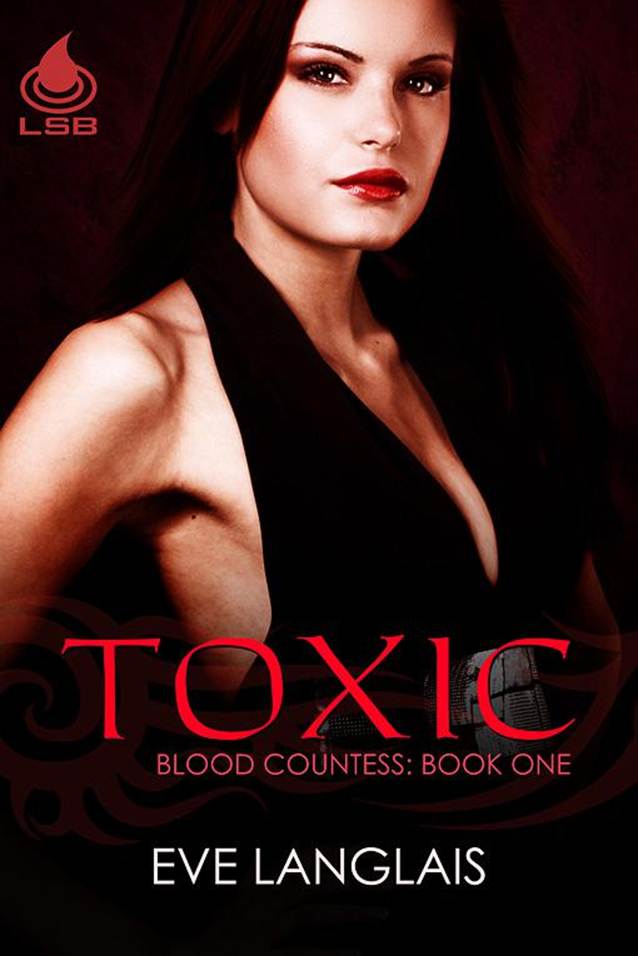 Toxic
Either you’re with me, or you’ll feed me. Humans are for eating and I am not one to play with my food, so I’m baffled as to why one geeky mortal doctor makes me wish our kind could be together without my brand of love being toxic. As if suffering from human emotions isn’t problem enough, our world is about to engage in a war where our chances of survival are slim at best. And no one wants to listen. But, I didn’t become the general of the vampire Queen’s army by being diplomatic. Everyone will fight in the upcoming battle, or they’ll feed my troops and I. Either way, all things living will do their part. I am after all the Blood Countess, toxic lover to humans, vicious bitch to my enemies, and my word is law.