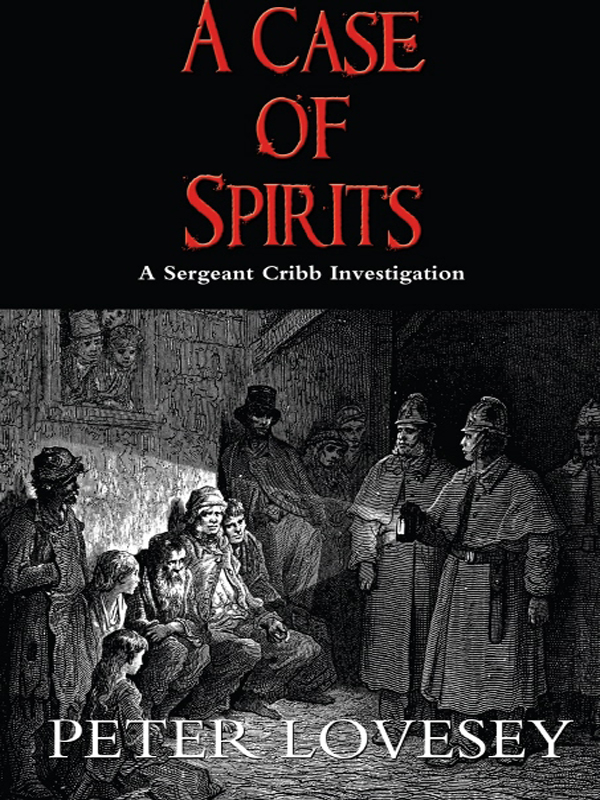 A Case of Spirits 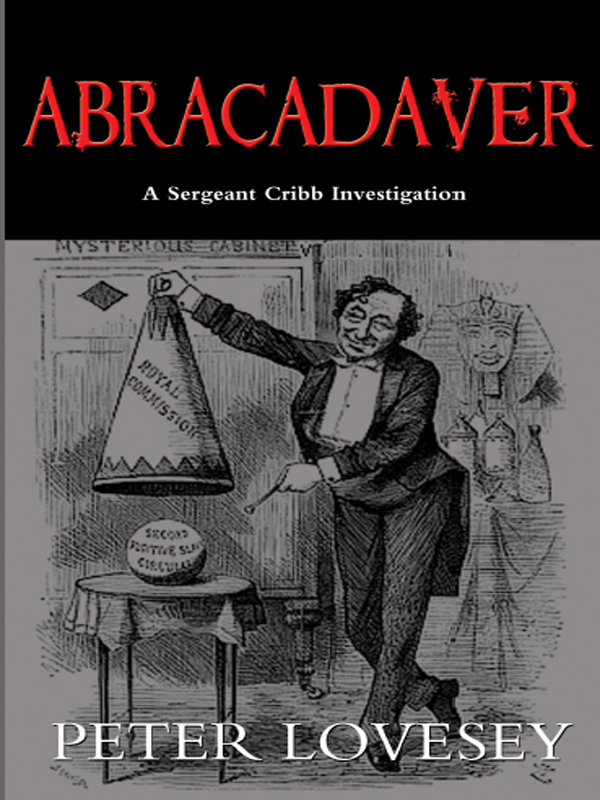 Abracadaver
“Here’s another of those delightful Victorian mysteries, featuring Sergeant Cribb and Constable Thackeray of the Yard. This one deals with peculiar accidents in various music halls, mishaps of a kind that would ruin a performer’s career; and then there’s murder. . . . Fine picture of period vice, good mystery plotting, and fun.”—San Francisco Chronicle A sadistic practical joker is haunting the popular music halls of London, interfering with the actors and interrupting their acts by orchestrating humiliating disasters that take place in view of the audience. A trapeze artist misses her timing when the trapeze ropes are shortened. A comedian who invites the audience to sing along with him finds the words of his song “shamefully” altered. Mustard has been applied to a sword swallower’s blade. A singer’s costume has been rigged. The girl in a magician’s box is trapped. Then the mischief escalates to murder. Or was murder intended all along? That indomitable detective team, Sergeant Cribb and Constable Thackeray of Scotland Yard, must track down the elusive criminal. Peter Lovesey is the author of twenty-five highly praised mystery novels and has been awarded the Crime Writers’ Association Gold and Silver Daggers and the Diamond Dagger for Lifetime Achievement, as well as many US honors. He lives in West Sussex, England. 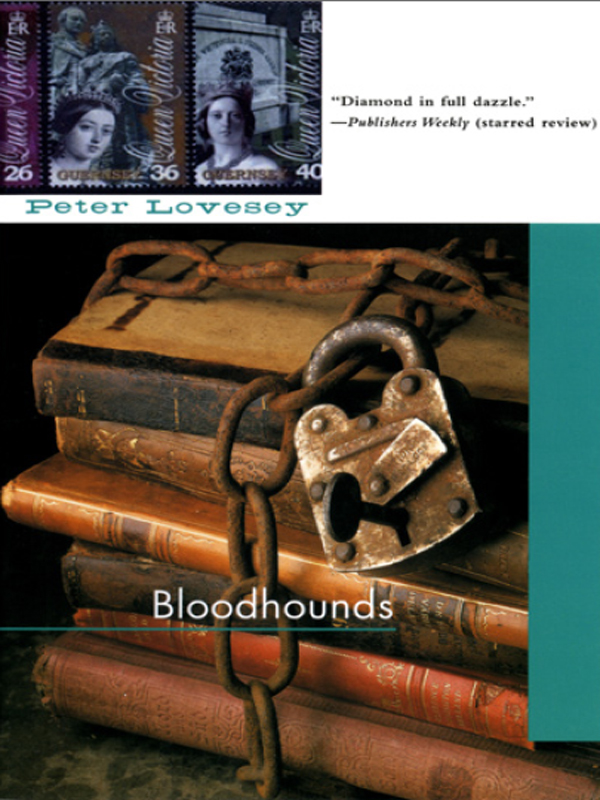 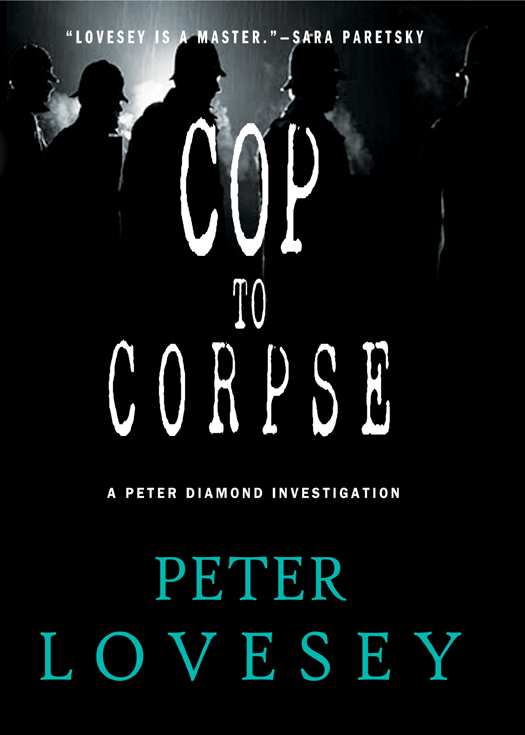 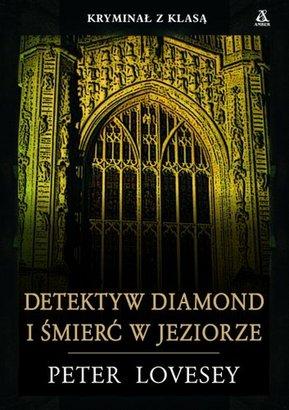 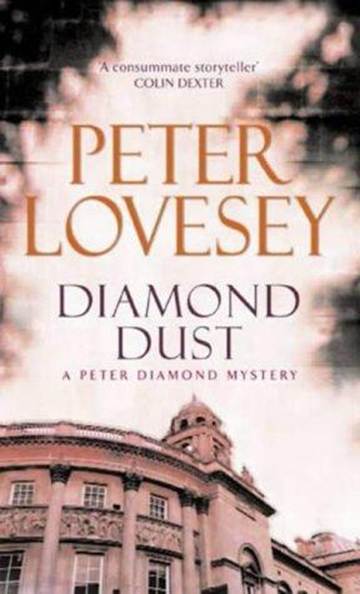 Diamond Dust
"A consummate storyteller." – Colin Dexter With another court case over and a local villain banged up for a few years, Detective Inspector Peter Diamond is keen to get his teeth into another case. So when a call comes in that a woman's body has been found in one of Bath's parks he gets himself to the scene in record time, where he is able to identify the victim as his wife and to establish the fact she's been shot. Mad with grief, Diamond eventually concedes he cannot be an unbiased member of the investigation. Keeping himself away from the team becomes all the harder when he suddenly finds himself under suspicion, and when his colleagues find no case against him but appear unwilling to follow up any of his suggestions – did Steph's previous husband have an alibi – Diamond decides that a little independent action is called for. As well as following his theory that a family of local thugs killed Steph to get at him, he is also intrigued by the fact that the wife of another policeman has gone missing. He'd served with the husband in the Met and they revisit the cases they'd worked on together. Between them they unearth many startling possibilities and some unexpected facts, but it is Diamond who ultimately avenges his beloved wife. Diamond Solitaire
Following on from the book "The Last Detective", ex-CID and difficult-to-work-with Peter Diamond is sacked from his latest job as a security guard at Harrods. Doggedly he turns his sleuthing skills to unravelling the mystery of a little Japanese girl abandoned in London. 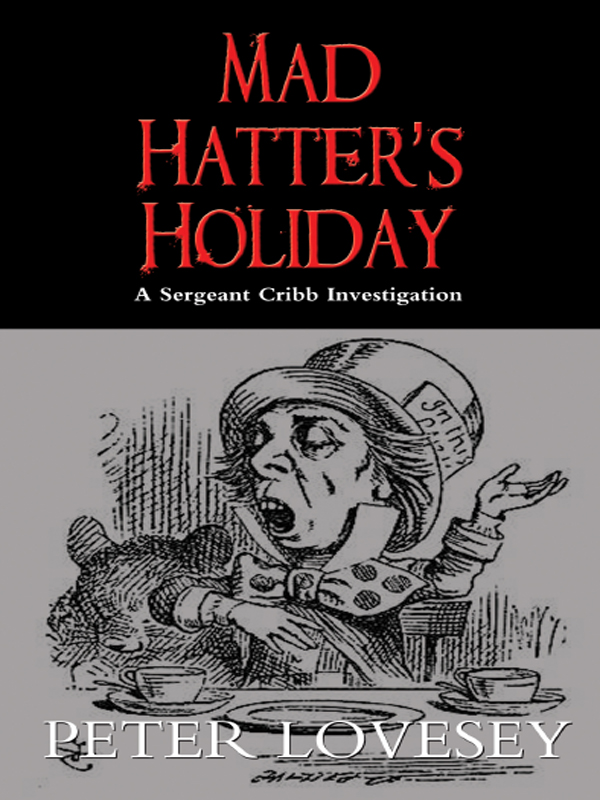 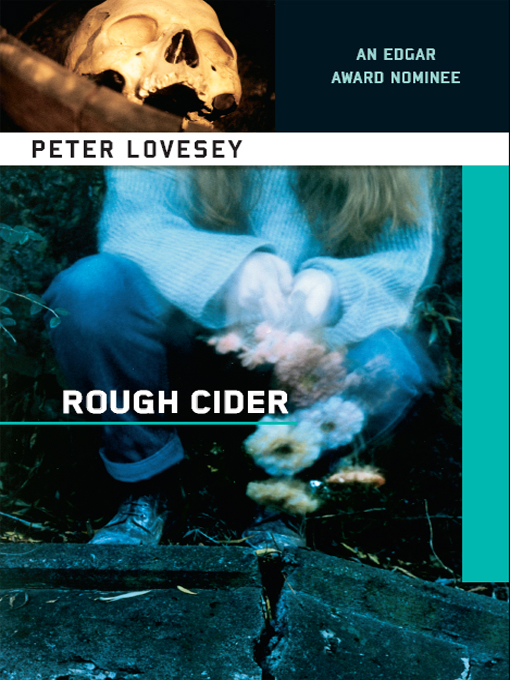 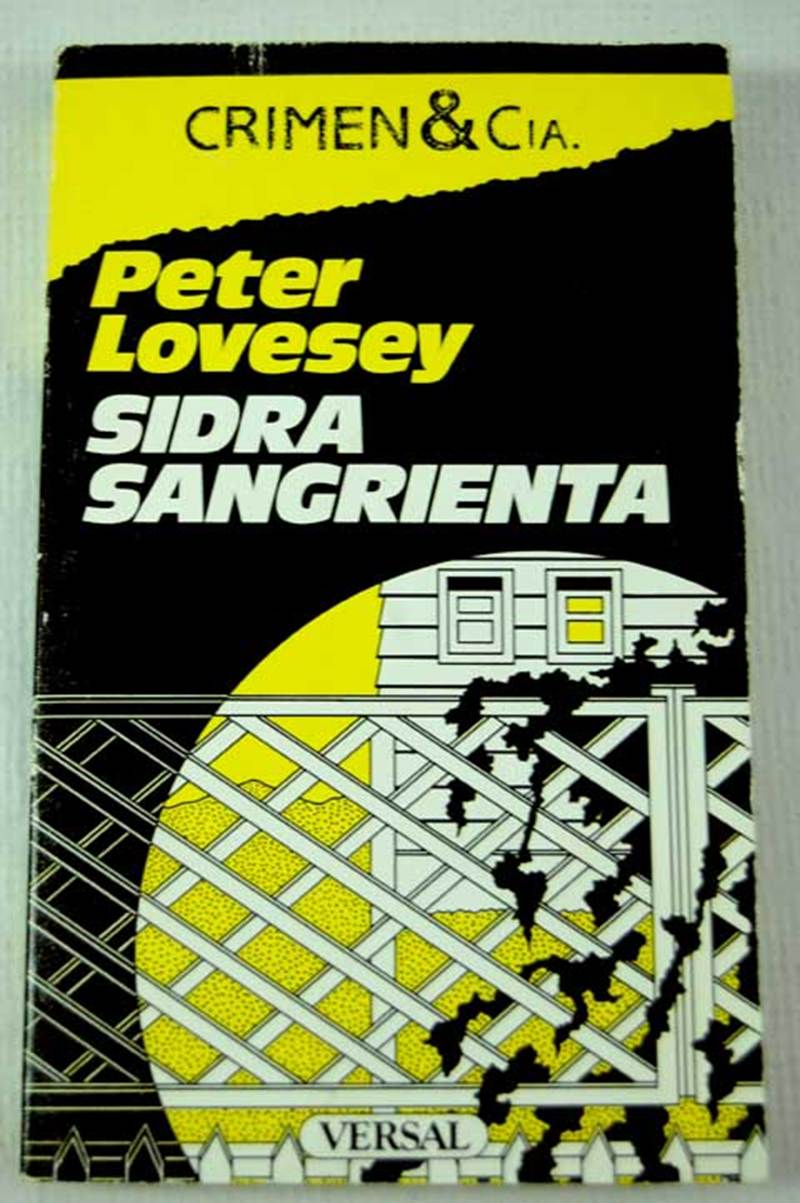 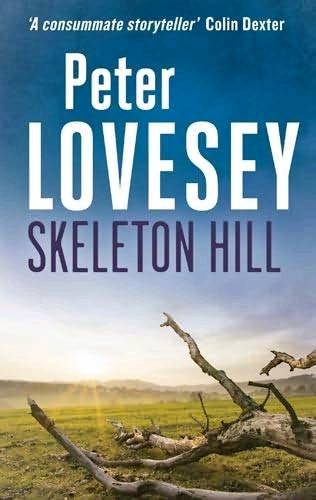 Skeleton Hill
On Lansdown Hill, near Bath, a battle between Roundheads and Cavaliers that took place over 350 years ago is annually reenacted. Two of the reenactors discover a skeleton that is female, headless, and only about twenty years old. One of them, a professor who played a Cavalier, is later found murdered. In the course of his investigation, Peter Diamond butts heads with the group of vigilantes who call themselves the Lansdown Society, discovering in the process that his boss Georgina is a member. She resolves to sideline Diamond, but matters don't pan out in accordance with her plans. 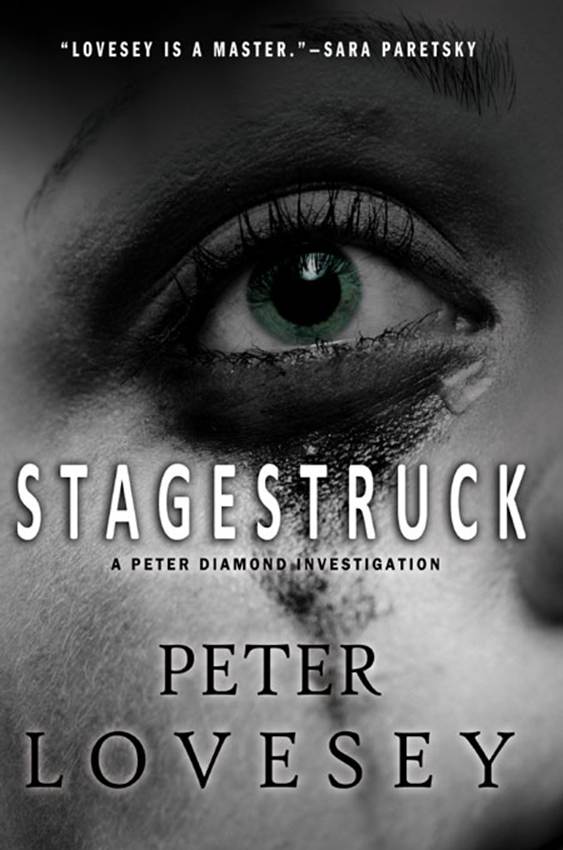 Stagestruck
"A wickedly clever writer." – Ruth Rendell Clarion Calhoun is a fading pop star wanting to launch an acting career. The audience at her debut on stage at Bath's Theatre Royal are expecting a dramatic evening – but what they get is beyond their wildest imagination. When Clarion is rushed to hospital with third degree burns, rumours spread through the theatrical community and beyond. In the best theatrical tradition, the show goes on, but the agony turns to murder. The case falls to Peter Diamond, Bath's top detective – but for reasons he can't understand, he suffers a physical reaction amounting to phobia each time he goes near the theatre. As he tries to find its root in his past, the tension at the Theatre Royal mounts, legends come to life and the killer strikes again… 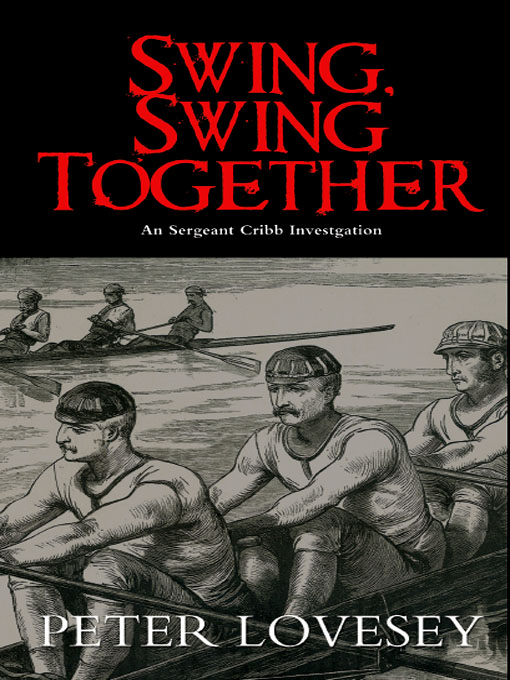 The Case Of The Dead Wait

The Case Of The Dead Wait
The Rosemary and Thyme series, to which this new Peter Lovesey story belongs, has been adapted for TV in the U.K., with Felicity Kendal and Pam Ferris in the starring roles. In its first successful season, the show drew in seven million viewers with each episode. (It’s available in the U.S. on DVD.) Fans of Peter Lovesey’s other popular series, the Peter Diamond mysteries, won’t want to miss two new titles from Soho: The Circle and The Secret Hangman. 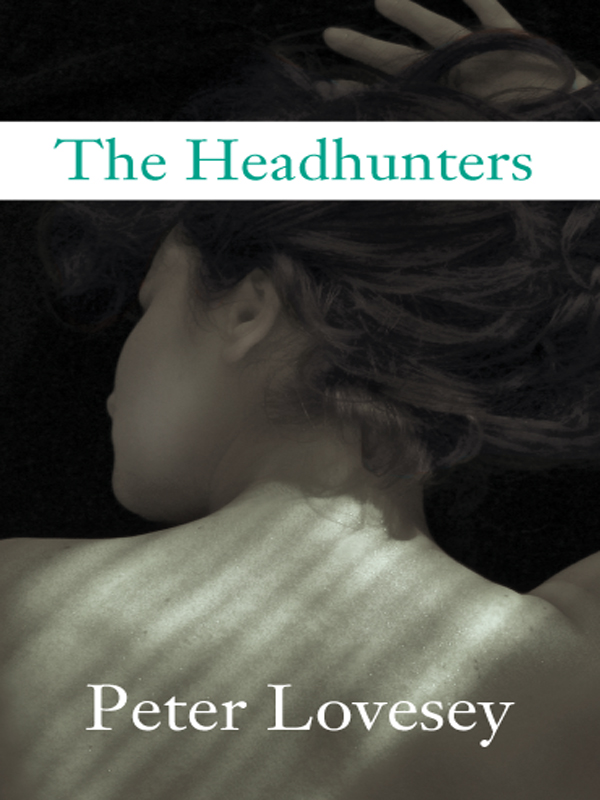 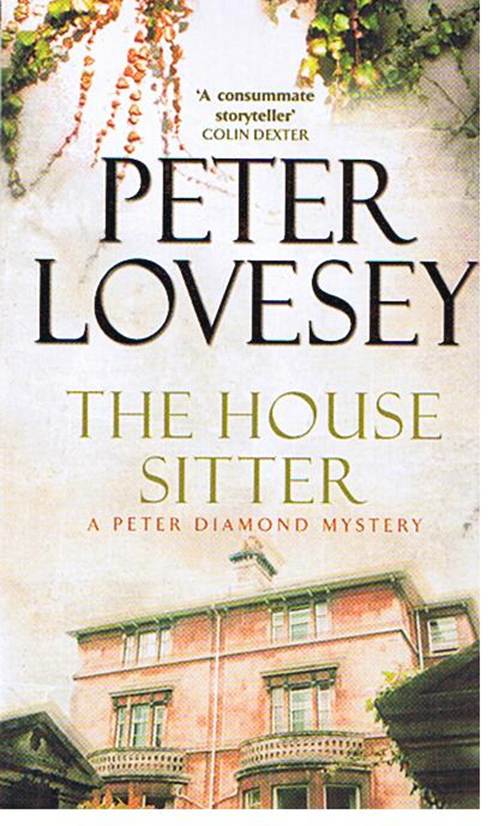 The House Sitter
Macavity Awards The identification of the woman found murdered on Whiteview Sands poses more questions than it answers. Emma Tysoe was a respected psychologist and an official criminal profiler with several successful cases to her credit. Why was she sun-bathing alone so far from home? How did she get there? Who is the mysterious 'Ken' in her private life? What was the murder weapon? Why did the man who noitce she was dead then completely disappear from the scene? When Peter Diamond is brought into the investigation he sheds some light on these matters – most importantly by discovering that she had been seconded under the greatest secrecy to work on the profile of the person who has assassinated one celebrity and is threatening to kill more. Are these killings connected to Emma's death? Diamond thinks so, but he cannot persuade his colleagues to agree with him, and even he cannot make all the pieces fit the jigsaw he's envisaged. 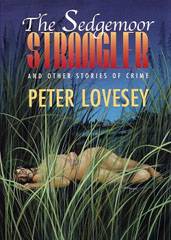 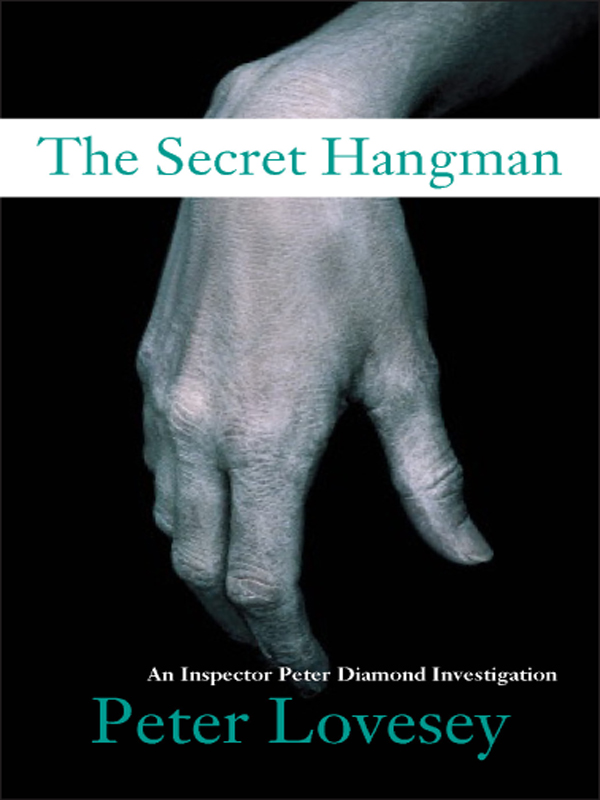 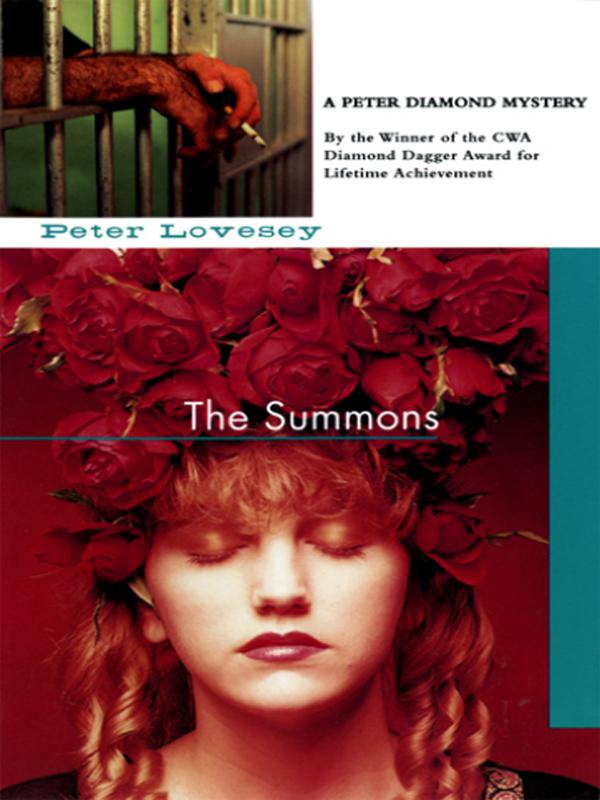 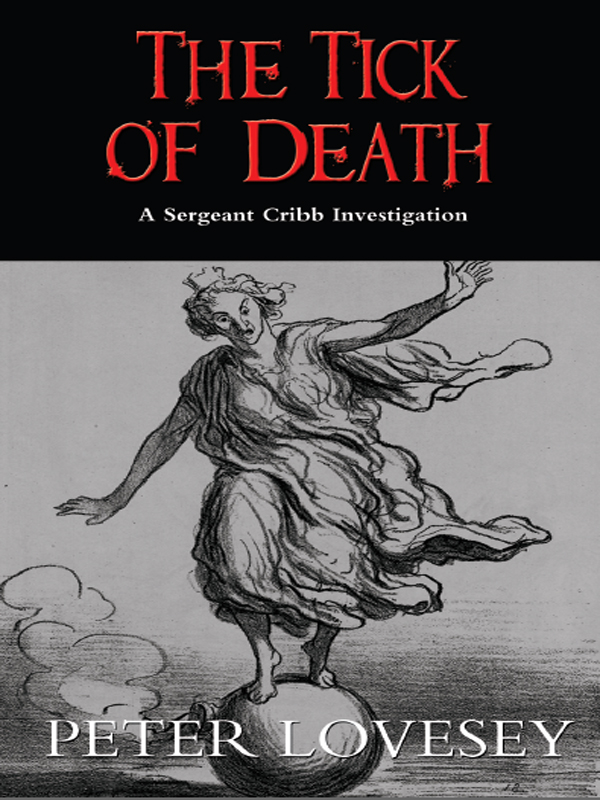 The Tick of Death 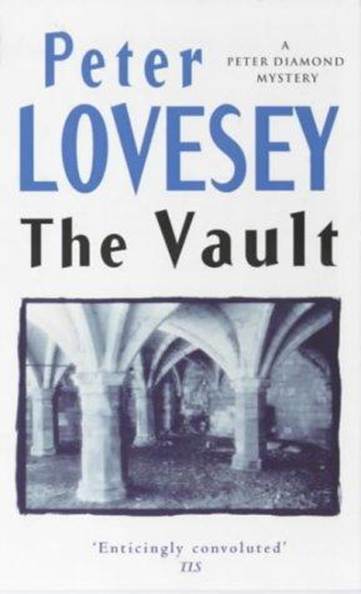 The Vault
Skeletal remains are found in a cellar below Bath's Georgian tearooms. To Peter Diamond's delight they are not all of medaeival origin, a radius proves to be only twenty years old and bears the marks of a sharp weapon. While a police team painstakingly sift through the cellar looking for the rest of the body, Diamond is distracted by the search for a missing American tourist, the wife of an English Professor who has been behaving very oddly. What Diamond doesn't know is that the professor believes he is on the point of locating the diaries of Mary Shelley written whilst in Bath finishing the manuscript of FRANKENSTEIN. Suspecting the professor of disposing of his wife but unable to prove anything, Diamond concentrates on trying to identify whose remains have been found in the cellar, and by solid old-fashioned detection he does so with shocking result. But before he can begin to work out who might have been the killer, the owner of the city's largest 'antique' emporium is found brutally murdered and the last person known to have seen her alive is the Professor. With consummate skill, wit, erudition and ingenuity, Peter Lovesey has crafted a whodunnit of brilliant complexity and, finally, of total satisfaction. Upon A Dark Night

Upon A Dark Night
Peter Diamond, the traditionalist dinosaur of Bath CID, finds the low murder rate in the city a touch frustrating, so he decides to check whether a couple of suicides which his colleague is investigating have been accurately classified. On the outskirts of the city a woman is found unconscious in a hospital car park, but when she recovers she can't remember who she is or how she came to be there. Soon after she is released into the care of the local authority, Diamond has a 'proper' case to get his teeth into when a woman's body is found in the garden of a flat after a somewhat drunken party. None of the other guests knew her and it is not clear whether she slipped, jumped or was pushed, and with no clue as to her identity Diamond has a puzzle to satisfy his quirky talents. In a mystery of stunning complexity, Peter Lovesey amply demonstrates his gifts as the grand master of the contemporary whodunnit. 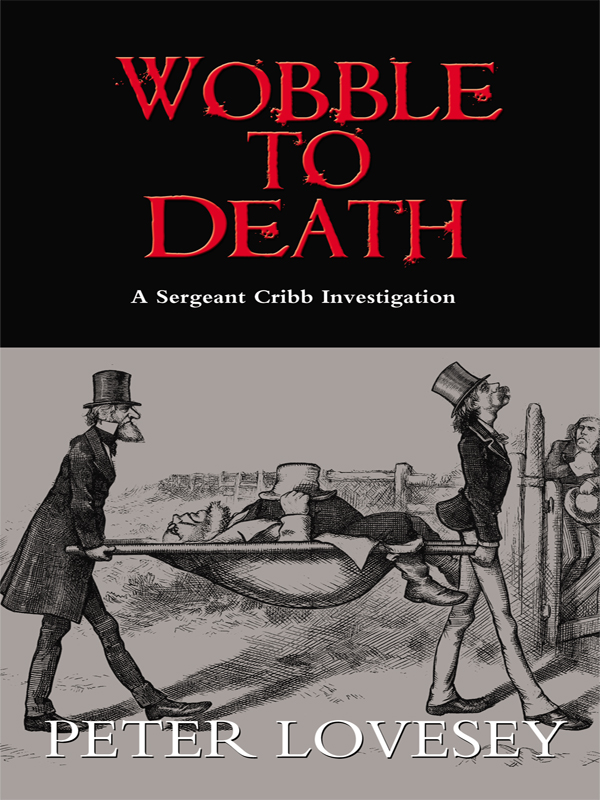