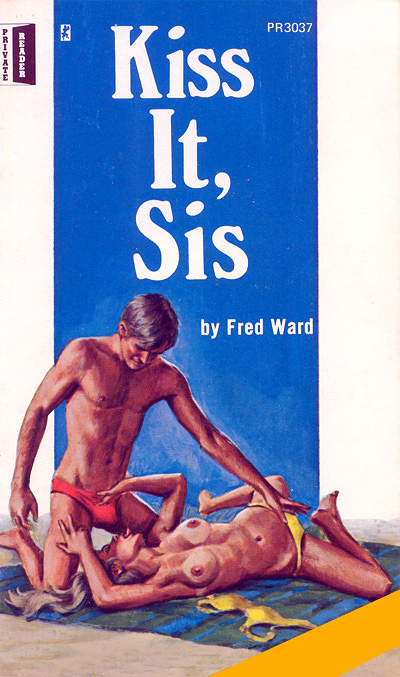 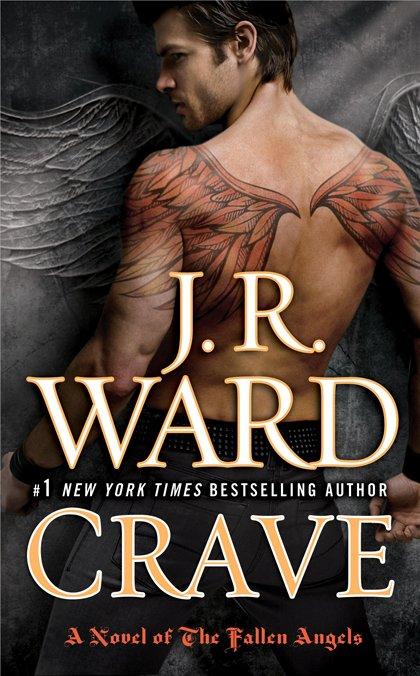 Crave
The battle between good and evil has left the future of humanity in the hands of a reluctant savior and his band of fallen angels. Seven deadly sins that must be righted. Seven souls that must be saved. While his first task was success, Jim Heron is battling a demon that can take any form for the soul of someone he must identify on his own. If that weren't enough, his old boss Matthias wants Jim to assassinate an AWOL member of The Firm – Isaac, the man Jim is pretty sure he is supposed to save. Jim knows first hand that once you're in The Firm, there's no getting out. But when Jim finds Isaac to warn him, he has been picked up by the police for illegal street fighting, and it is clear that Isaac is falling for his gorgeous public defender. Is their love the redemption that will save Isaac's soul? Or has the demon Devina set an elaborate trap? 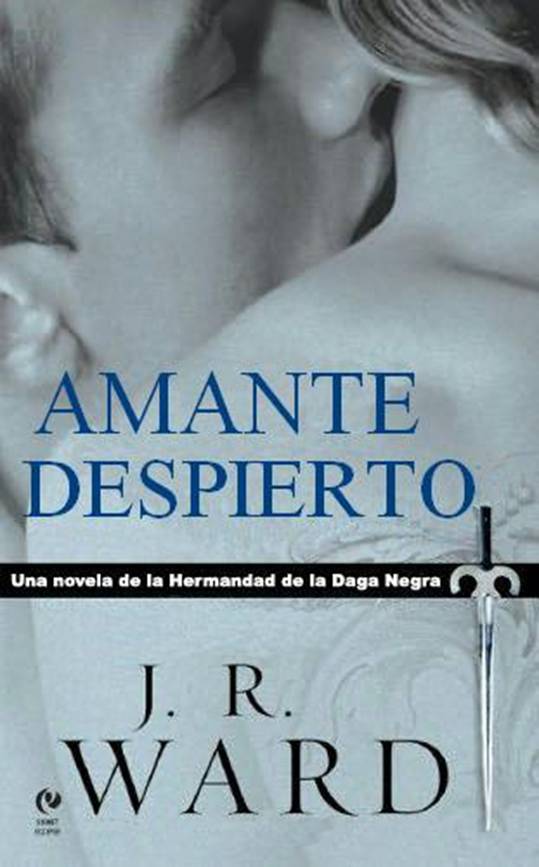 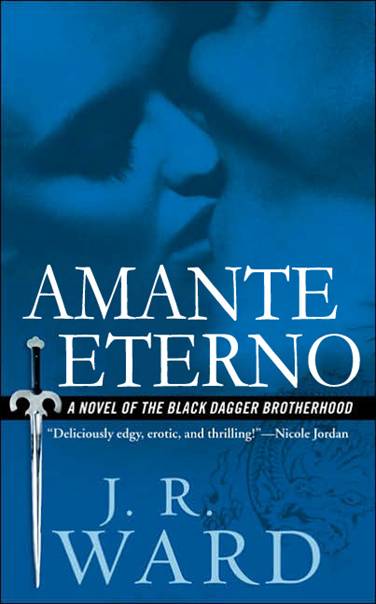 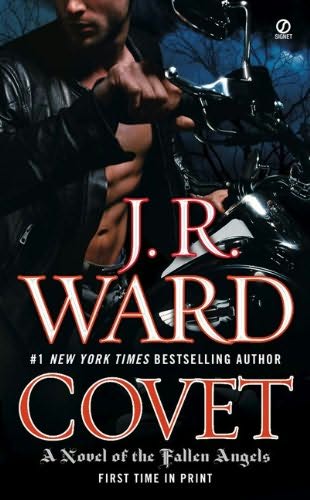 Covet
Redemption isn't a word Jim Heron knows much about-his specialty is revenge, and to him, sin is all relative. But everything changes when he becomes a fallen angel and is charge with saving the souls of seven people from the seven deadly sins. And failure is not an option. Vin DiPietro long ago sold his soul to his business, and he's good with that—until fate intervenes in the form of a tough-talking, Harley-riding, self-professed savior. But then he meets a woman who will make him question his destiny, his sanity, and his heart-and he has to work with a fallen angel to win her over and redeem his own soul.

Dark Lover
Synopsis Set in present day Caldwell, New York ‘Dark Lover’ is the first in a series of novels about the Black Dagger Brotherhood. The Black Dagger Brotherhood is an ancient order of warrior vampires who defend their race against the lessers, vampire slayers who have been recruited by the Omega (an evil supernatural being who wants all vampires destroyed.) There are six warriors in the Brotherhood and these warriors are all that stand between the civilian vampires and the extinction of the vampire species at the hands of the lessers. In the Black Dagger novels the vampires are a separate species to humans, to be a vampire you have to have been born carrying vampire blood. At the start of their lives vampires seem like humans, they have no special strengths and can go out in daylight but they go through a dangerous transition to vampire hood in their mid twenties. Although vampires can drink the blood of humans it has little nutritional value for them and they need to drink the blood of other vampires (of the opposite sex) to survive. A human bitten or drained by a vampire doesn’t rise as a vampire – they are just dead. The vampires are few in number due to the legions of slayers hunting them down over the centuries, high infant mortality and the rigors of the transition to vampire hood that not all vampires survive. The story focuses on the romance between Wrath, the only pure blooded vampire left on the planet, and Beth a human/vampire half breed who is about to undergo the transition from human to vampire but isn’t aware of her vampire heritage. There are a lot of obstacles in their path. Wrath hates humans and doesn’t want a mate. Beth finds it hard to believe in her vampire heritage and doesn’t want to need Wrath. That would make their relationship difficult enough without them being the prime target for the lessers who are hatching a new strategy for wiping the vampires off the face of the earth. The Review This is the first novel of the Black Dagger Brotherhood, a series paranormal romance books written under the pen name of J. R. Ward. It is not the author’s first novel because she has already written several romance novels under the name of Jessica Bird but I believe it is her first paranormal novel. Either way it’s a great book! To help the reader understand the vampire words and terms there is a helpful glossary at the start of the book, which is great to fill the reader in on the background, but the book is so well written that you don’t need to keep looking things up in the glossary. The action in the book is fast and exhilarating making the story a real page turner. The brothers like rap music, fast cars, black leather, knives, guns and martial arts and have this whole alpha male macho thing going on, yet as characters they are all intriguingly flawed and have weaknesses as well as strengths. Dark Lover has some wonderfully erotic scenes between Wrath and Beth. Unlike some romance (and vampire) novels the sex scenes are not used to prop the story up when poor plotting means that there isn’t much else going on. In Dark Lover the erotic parts are blended seamlessly with the romance, the vampire fantasy world and the action parts of the story making it a book that will satisfy a wide female audience. I particularly liked Dark Lover because it is the start of a new vampire romance series. It is an exciting, original and well written book. I always get excited when the first book of a new series is this good because it makes me hopefully optimistic that further books on this series will be equally good. I am intrigued to find out whether the vampires win their battle against the Omega and his lessers and how the lives of the other brothers play out. More please! 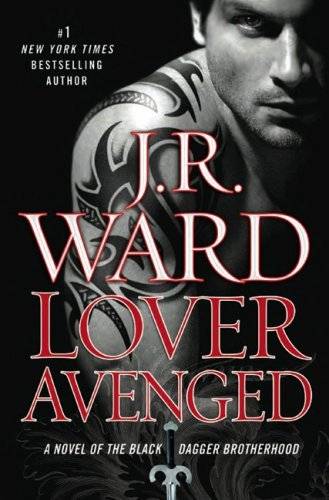 Lover Avenged
The brothers are back – the latest installment in J. R. Ward's sizzling #1New York Times bestselling series. J. R. Ward's Black Dagger Brotherhood novels have introduced readers to a 'different, creative, dark, violent, and flat-out amazing' (All About Romance)world. Now, as the vampire warriors defend their race against their slayers, one male's loyalty to the Brotherhood will be tested – and his dangerous mixed blood revealed. Rehvenge has always kept his distance from the Brotherhood – even though his sister is married to a member, for he harbors a deadly secret that could make him a huge liability in their war against the lessers. As plots within and outside of the Brotherhood threaten to reveal the truth about Rehvenge, he turns to the only source of light in his darkening world, Ehlena, a vampire untouched by the corruption that has its hold on him – and the only thing standing between him and eternal destruction. 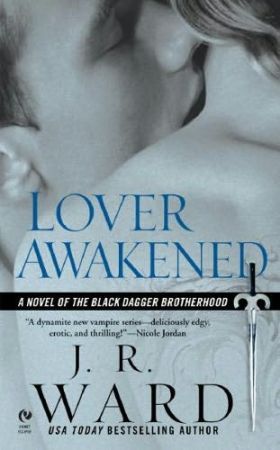 Lover Awakened
Even within the vampire brotherhood, Zsadist is feared. Still bearing the scars from a tortured past, he is renowned for his unquenchable fury. Anger is his only companion, and terror is his only passion-until he rescues a beautiful female from the evil Lessening Society. 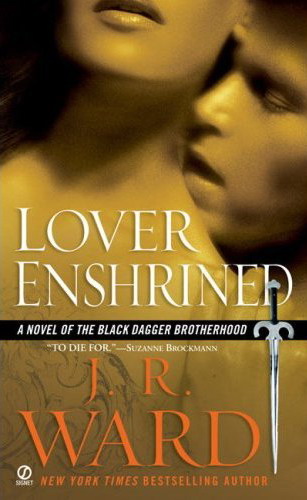 Lover Enshrined
As Primale of the Chosen, the fiercely loyal Phury has sacrificed himself for the good of his race. But his first mate, the Chosen Cormia, wants not only his body but his heart for herself. As tragedy looms over the Brotherhood's mansion, Phury must decide between duty and love. 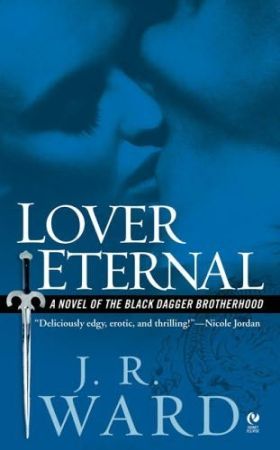 Lover Eternal
Within the brotherhood, Rhage is the vampire with the strongest appetite. He's the best fighter, the quickest to act on his impulses, and the most voracious lover-for inside him burns a ferocious curse cast by the Scribe Virgin. Possessed by this dark side, Rhage fears the times when his inner dragon is unleashed, making him a danger to everyone around him. When Mary Luce is unwittingly thrown into the vampire world, she must rely on Rhage's protection. Knowing that Mary feels the same intense animal attraction, Rhage must make her his alone… 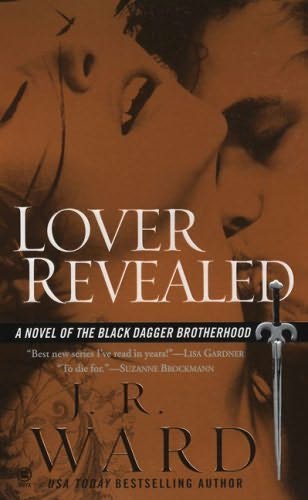 Lover Revealed
Butch O'Neal is a fighter by nature. A hard-living ex-homicide cop, he's the only human ever to be allowed in the inner circle of the Black Dagger Brotherhood. And he wants to go even deeper into the vampire world-to engage in the turf war with the lessers. His heart belongs to a female vampire, Marissa, an aristocratic beauty who's way out of his league. And if he can't have her, then at least he can fight side by side with the Brothers. But fate curses him with the very thing he wants. When Butch sacrifices himself to save a civilian vampire from the slayers, he falls prey to the darkest force in the war. Left for dead, he's found by a miracle, and the Brotherhood calls on Marissa to bring him back, though even her love may not be enough to save him. 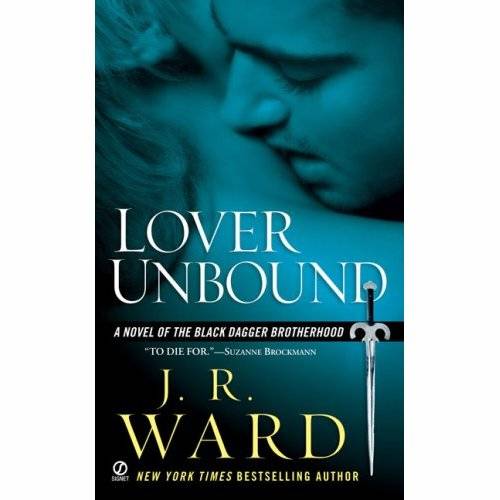 Lover Unbound
The ruthless and brilliant brother Vishous possesses a destructive curse and a frightening ability to see the future. As a member of the Brotherhood, he has no interest in love or emotion, only the battle with the Lessening Society. But when a mortal injury puts him in the care of a human surgeon, Dr. Jane Whitcomb compels him to reveal his inner pain and taste true pleasure for the first time-until a destiny he didn't choose takes him into a future that does not include her… 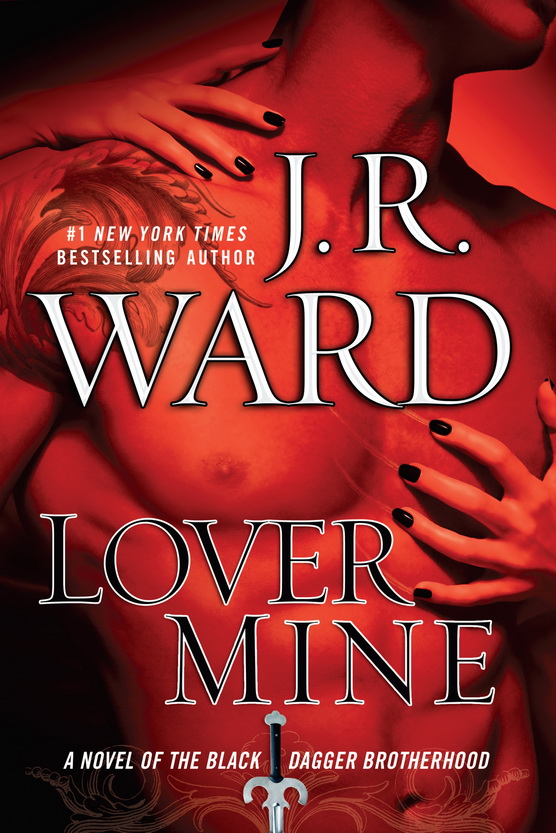 Lover Mine
John Matthew has come a long way since he was found living among humans, his vampire nature unknown. Taken in by The Brotherhood, no one could guess what his true history was-or his true identity. Xhex has long steeled herself against the attraction to John Matthew. Until fate intervenes and she discovers that love, like destiny, is inevitable. 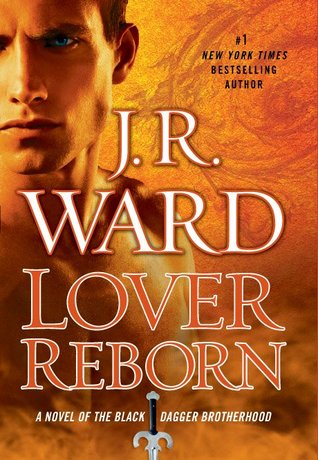 Lover Reborn
In the darkest corners of the night in Caldwell, New York, a conflict like no other rages. The city is home to a band of brothers born to defend their race: the warrior vampires of the Black Dagger Brotherhood. Now back in the Brotherhood — and unrecognisable as the vampire leader he once was — Tohrment is physically emaciated and heartbroken beyond despair. When he begins to see his beloved in his dreams — trapped in a cold, isolating netherworld — Tohr turns to a self-serving fallen angel in hopes of saving the one he has lost. When he's told he must learn to love another to free his former mate, Tohr knows they are all doomed . . . Except then a female with a shadowed history begins to get through to him. Against the backdrop of the raging war with the lessers, and with a new clan of vampires vying for the Blind King's throne, Tohr struggles between the buried past, and a very hot, passion-filled future . . . but can his heart let go and set all of them free? 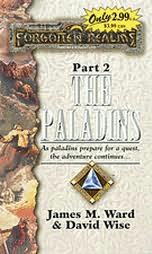 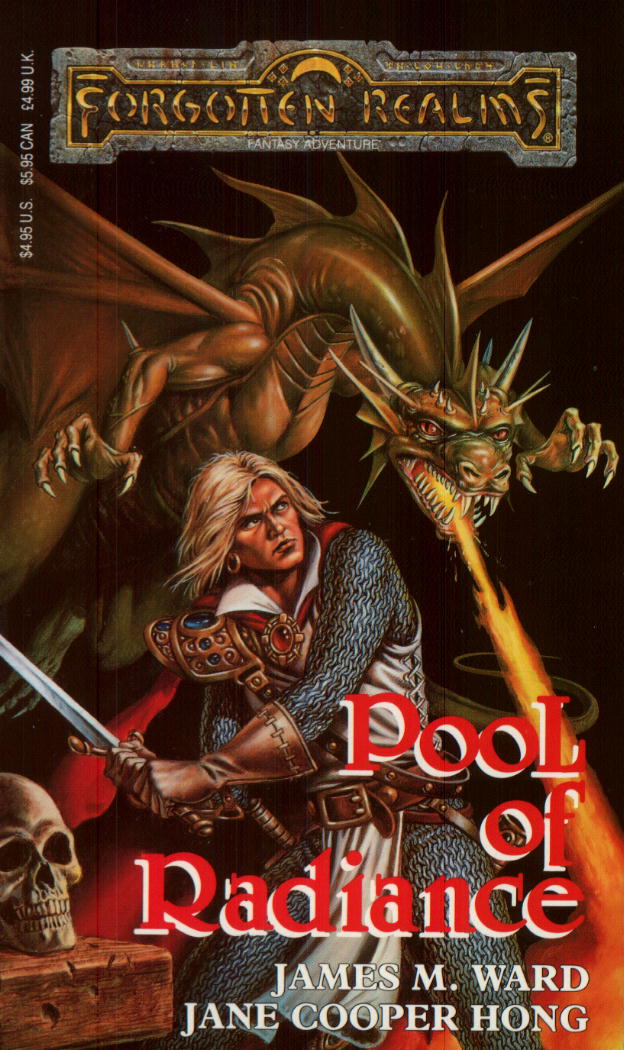 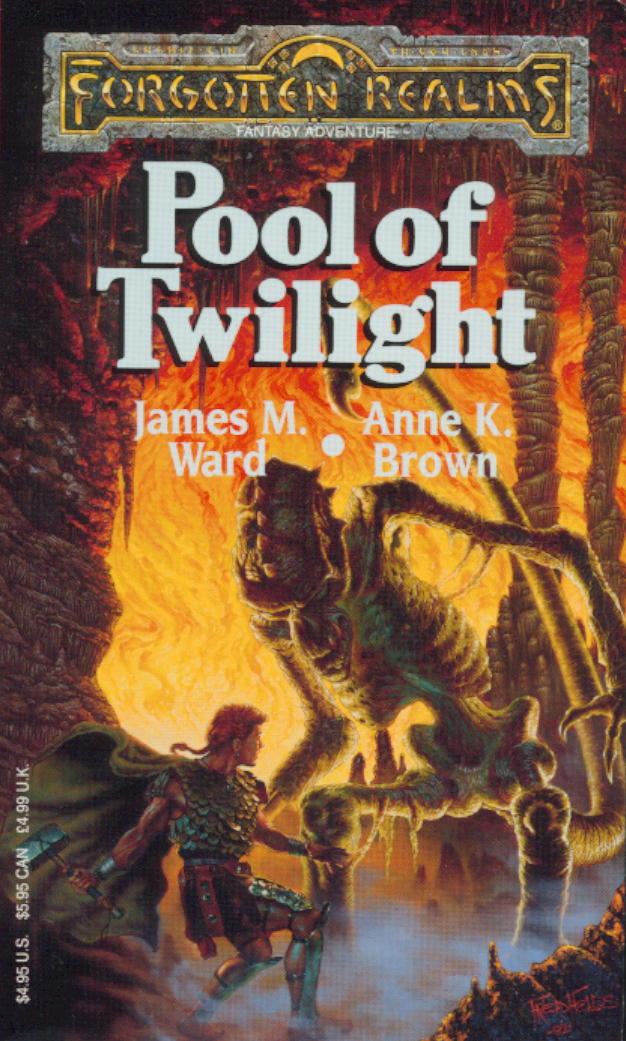 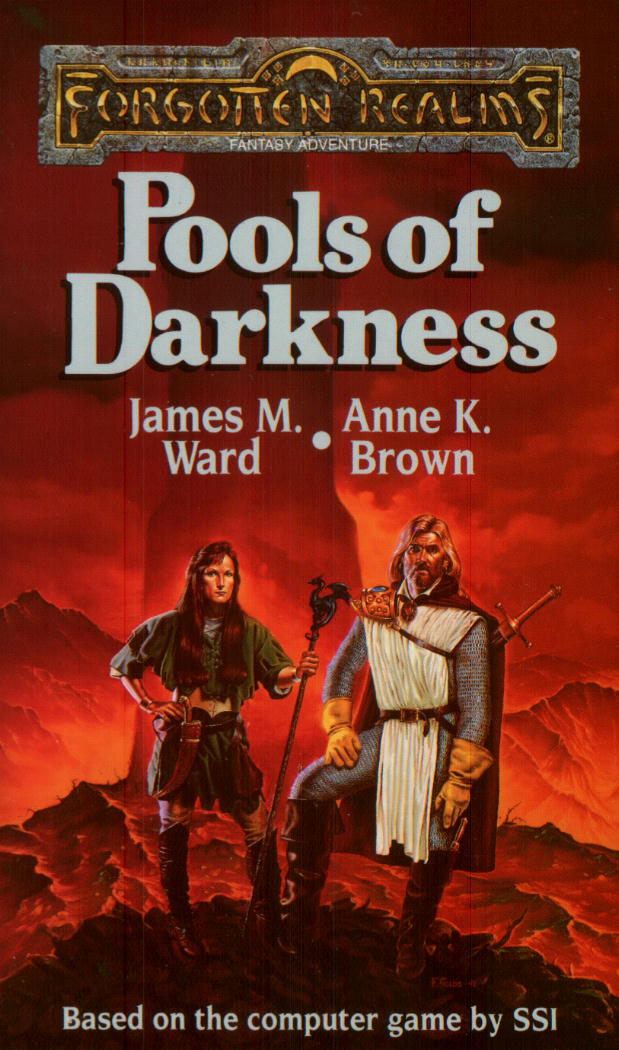 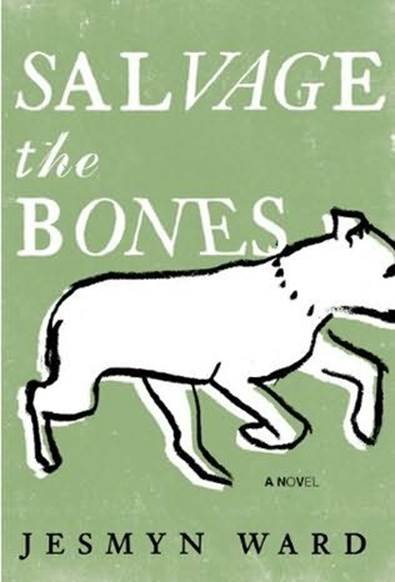 Salvage the Bones
A hurricane is building over the Gulf of Mexico, threatening the coastal town of Bois Sauvage, Mississippi, and Esch's father is growing concerned. A hard drinker, largely absent, he doesn't show concern for much else. Esch and her three brothers are stocking food, but there isn't much to save. Lately, Esch can't keep down what food she gets; she's fourteen and pregnant. Her brother Skeetah is sneaking scraps for his prized pitbull's new litter, dying one by one in the dirt. Meanwhile, brothers Randall and Junior try to stake their claim in a family long on child's play and short on parenting. As the twelve days that make up the novel's framework yield to their dramatic conclusion, this unforgettable family-motherless children sacrificing for one another as they can, protecting and nurturing where love is scarce-pulls itself up to face another day. A big-hearted novel about familial love and community against all odds, and a wrenching look at the lonesome, brutal, and restrictive realities of rural poverty, Salvage the Bones is muscled with poetry, revelatory, and real.